Mr. Cello is a native to Fairfield, California and prior to starting his own firm, he practiced in San Francisco at a civil litigation firm. He then worked with two local firms in Vallejo and Fairfield handling criminal and family law matters. After years of successfully handling and favorably resolving numerous client matters, Mr. Cello decided it was time for him to serve his clients, friends, and neighbors directly by opening The Law Office of David L. Cello in Vallejo, California.

Mr. Cello prides himself on being a knowledgeable, hard-working, and compassionate lawyer who zealously advocates for his clients in and out of the courtroom 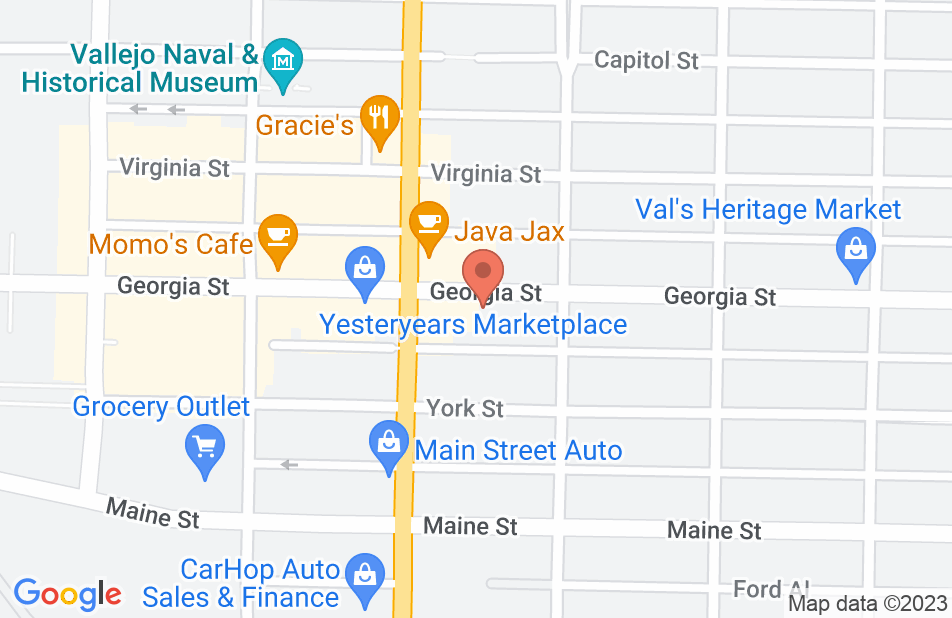 My husband and I retained David Cello in hopes of getting a work place restraining order dropped. Mr. Cello worked hard to put together a winning case and when it came to our time in the court room he was incredible. I would definately recomment David Cello for any future cases if you value a relentless work ethic.
This review is from a person who hired this attorney.
Hired attorney

My Name is Al in April of 2017 I was charged with assult on my girlfriend. There was no asult but the DA at the time would not let the case go. At the time I had another attorney from Dave's office representing me. They got the case lowered to battery, however I didn't want to accept that. Dave Cello stepped in and with a large amount of effort on his part he was able to get me a deal to where it will be dismissed as a diversion case when I follow through with some orders by the court. I have to say that without Dave Cello my case would have resulted in a plea deal as I don't think the other attorney cared either way. Sincerely, Al
This review is from a person who hired this attorney.
Hired attorney

A fighter. Not afraid of corrupt black robes.

I retained the services of the Law Offices of Attorney Maher and he referred his associate Attorney David Cello. Attorney Cello worked tirelessly on my case unfortunately I did not get the outcome I deserved. There is nothing he can do when it comes to judicial malpractice, the American Judicial System is broken, a biased judge is more dangerous to society than a million terrorists. I highly recommend him, he is very professional and keeps his head when things are very heated in the courthouse. This man weighs in every angle of a case and provides you with the best offense or defense, but ultimately your faith lies in a jury of your peers or a communist in black garb. I may have lost the battle but with the help of Attorney Cello we will win the war.
This review is from a person who hired this attorney.
Hired attorney

When I began the process of attempting to obtain a permanent restraining order, I felt overwhelmed by the process. Five minutes into my consultation with Dave, I knew that he was the antidote to my anxiety and hired him. Throughout the process, Dave was patient, knowledgeable, reliable and was able to keep me abreast of every new action step. Dave helped prepare me for court on both a humane and legal way, making me feel calm and supported. Dave fought for me and was able to help me obtain a five year restraining order! I truly believe that I could have not gotten this result without his expertise and amazing skills as an attorney. I highly recommend him and am so grateful for finding him.
This review is from a person who hired this attorney.
Hired attorney

I hired David Cello in order to evict two squatters who took up residence under false pretenses in my owner-occupied home, which also operates as an international artist residency. They signed a fixed term 3 month lease with an initial payment from a local church. Failure to pay rent, drugs, noise, property damage, animal nuisance followed immediately. After our initial consultation on February 13, David proceeded swiftly to serve a new 3 day notice followed by a summons/unlawful detainer. The eviction happened six weeks and two days from our initial meeting. I highly value David's swift appraisal of the situation and his professional skills.
This review is from a person who hired this attorney.
Hired attorney

Successfully secured restraining orders for homeless that were living on my property and were driving me crazy.
This review is from a person who hired this attorney.
Hired attorney