Gary D. Sparks is an accomplished attorney who has successfully represented hundreds of husbands, wives, parents, military service members and same sex couples with their divorce and other family law legal disputes for more than a decade.

In fact, you may have heard Gary during one of his multiple appearances as a special guest on the Ronn Owens Program on KGO-AM 810 in San Francisco discussing current California divorce and family law issues, and he has been interviewed by both local and national publications in addition to publishing several of his own legal guides and blog.

Gary graduated 1st in his class from the John F. Kennedy University School of Law, where he was awarded Magna Cum Laude honors for excellence in academic achievement, in addition to numerous other scholarly awards. He clerked for the Family Law court while in law school and served as the managing editor of the Law Review.  As a result of his good standing and academic accomplishments, Gary was certified by the State Bar of California to engage in the limited practice of family law while still a law student. He worked for several years as a student instructor, and then afterwards as a teaching assistant at the School of Law, and today continues to privately tutor and advise law students in their studies and in preparation for the bar exam and their future careers. He also serves as a mentor for new lawyers.

Prior to founding his own firm in 2009, Gary was a partner at Holmes, Moore & Sparks, a well-known family law firm in Walnut Creek with a rich 25+ year history of successful family law advocacy across the East Bay.

Gary has a reputation in the legal community for being firm, yet fair, in dealing with other parties and attorneys. His time clerking for the court gave him valuable insight and experience into the inner workings of our legal system, flawed as it may be. Gary enjoys legal research and analysis, and is highly skilled at presenting oral argument in court. Gary practices law from the perspective of a divorced father who learned the legal system firsthand during his own highly contested custody case, which eventually drove him to attend law school with the objective of practicing family law.

Gary is admitted to practice law in all state courts throughout California.  He is also active in community service and is an ardent supporter of students in public education.  Gary is a recipient of the Unsung Hero Award for his past efforts with the Vanished Children’s Alliance to locate, recover and reunify missing and abducted children with their families, and is a member of the Masons of California and a supporter of the Masons 4 Mitts program providing baseball gloves to underprivileged children here in the Bay Area.

Gary is an avid golfer with a handicap that is far too high for his liking. He enjoys football, baseball, mountain and road biking, loves riding on his Vulcan Mean Streak cruiser and spending time with his family and dog, Harley. 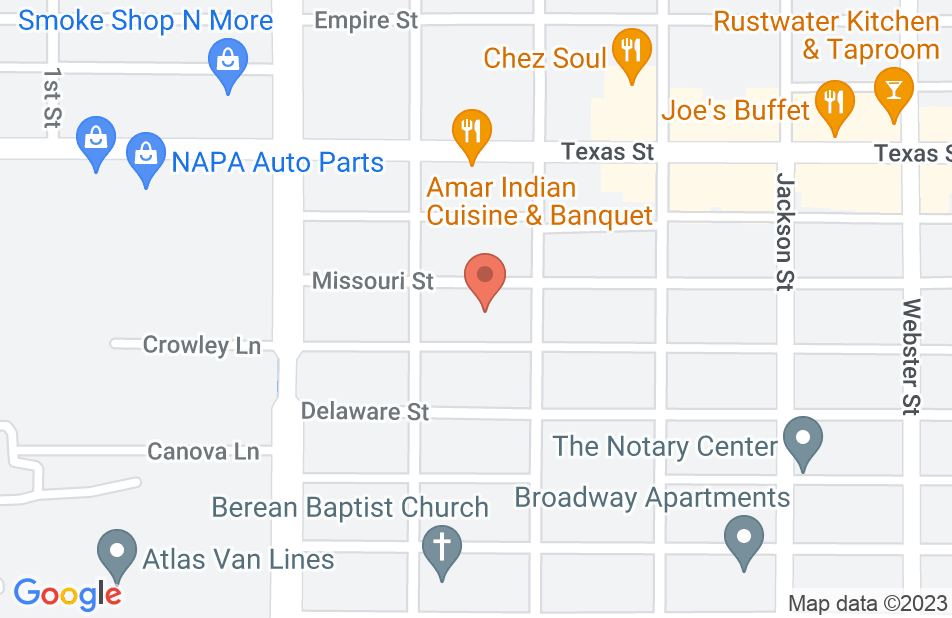 Gary represented me in what could have been a really nasty divorce case. I was a wreck, but he kept me grounded and made me focus on reality. He is definitely skilled and knowledgeable, and his approach to my case was terrific. I will admit that I got frustrated during my divorce, and consulted with two other lawyers for second opinions. Both of them told me that I was being well-served by Gary, and I believe it. I hope to God that I never have to go through this again, but I would hire Gary in a heartbeat. If you're looking for a lawyer who will tell you "how it is", who will tell you your best options and potential outcomes instead of just blindly doing what you tell him to do, and who will treat you fairly and with respect, then you need to hire Gary. I recommend him very highly.

Do not hire would give "zero rating"

I hired Gary for my divorce. At the time I hired him my wife and her attorney had successfully frozen over 70% of my income. I was desperate. I interviewed several attorneys. Gary indicated he closely reviewed my case, worked with opposing counsel and saw no reason he could not wrap up my case quickly. He even said he might refund some of my retainer. I hired Gary. Once he cashed my check, the delays immediately began. It became almost impossible to reach him. He did not keep me informed. Gary advised me he completed QDROS for my pension and investment accounts. It took 10 months for him to get my pension QDRO completed. I still do not have access to my investment account. I have been damaged financially to a significant degree. For 11 weeks I have tried to reach Gary regarding my investment account. I have called his office multiple times leaving messages with his receptionist. I have emailed him, texted him, called his personal cell phone and sent a letter to his office. No response. Unfortunately, recently, a family member showed me some other client ratings. Many have faced similar reckless disregard from Gary. I just need to know status of my investment account QDRO but can't get a response. I was told this would be wrapped up quickly and might even get some retainer back. It is going on a year now. It has been extraordinarily stressful dealing with my divorce, lack of income and an extremely difficult attorney to communicate with. I asked the local Bar for assistance in contacting Gary to provide me status. No luck yet.
This review is from a person who hired this attorney.
Hired attorney

I endorse this lawyer. Mr. Sparks has 10 years of family law experience.

I endorse Gary. He is a highly skilled attorney that is well respected in the legal community.

Through his numerous posts on avvo, Attorney Sparks demonstrates a creativity, expertise and knowledge that is found in only the best lawyers. I would highly recommend this lawyer for your family law needs.

I endorse this lawyer's work and his cogent, articulate and quality responses to the many questions posed on this site. His articles are well grounded and informative. As a fellow family law attorney, I empathize with the balance required between legal acumen and relational sensitivity which he brings to his practice. Anyone dealing with family law issues would be well advised to consult with Gary.

I endorse this lawyer's work. I am familiar with Mr. Sparks from his many insightful and intelligent answers to questions posted on Avvo. Always willing to help out and give good concise answers. In the end, you may need to hire an attorney to get to the outcome you seek, but at least here you can get a good start with his informative answers, blogs, and legal guides.

I endorse this lawyer's work, ability, ethics, and professionalism. Having had the opportunity to work with Gary in a very difficult case for more than a year left me with nothing byt favorable impressions.