rom a Stanford University history major with dreams of law, to a Palo Alto estate planning attorney - between the two were years of raising a family, volunteering in civic matters, singing in church and community choirs and enjoying part time employment. I thought I had found a satisfying life path that would never include being an attorney, but a devastating auto accident changed all that.

In November of 1998, that accident left one of my legs badly crushed and I was facing the possibility of being physically disabled for the rest of my life. Although I’ll never be able to participate in many of the physical activities I previously enjoyed, I’m grateful that I’m able to walk again, and that I have been able to revive my dream of being a lawyer.

I applied to Santa Clara University in 2000 when I was still on crutches, was accepted, and began studies in the fall of 2000. From then until now, it has been an ongoing process that involved simply taking the next step. Opening my estate planning practice in 2006, I now enjoy working with individuals and families to ensure that they have comprehensive plans for care during their lifetimes, and for the passage of their property at death. 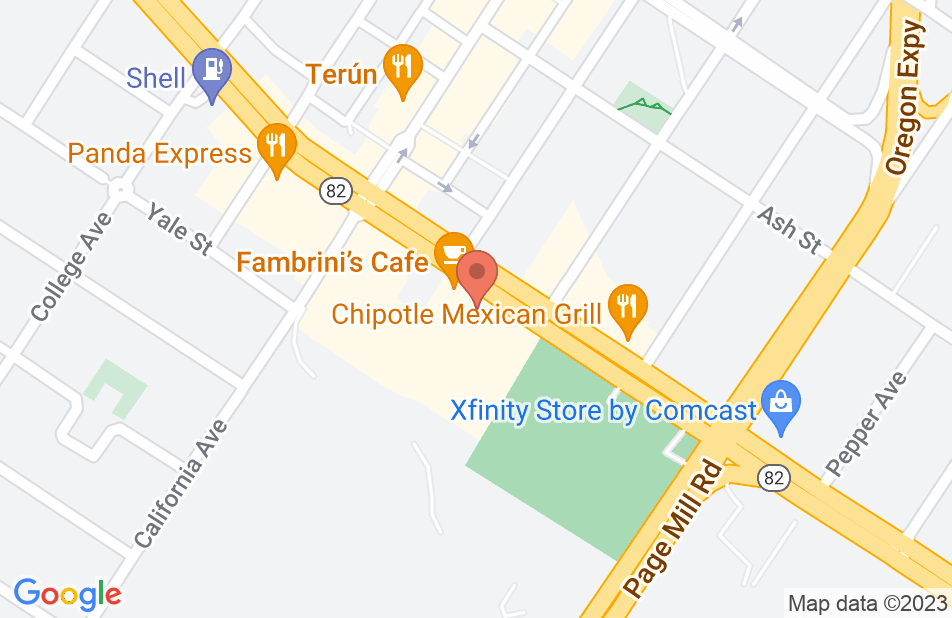 The BEST of the best!

Jan did an outstanding in reviewing and preparing both my parents estate plan and then my own. She prepared a Special Needs Estate Plan for my parents which was very complex and involved very sensitive and emotional family issues. She not only handled the legal aspects, but counseled us in a very personal way which enabled us to move forward and make some very necessary provisions. After having worked with Jan through the process of creating my parent's plan, I immediately contacted her after my parent's plan was complete to review my own trust and estate plan which was enacted after my husband passed away. Jan immediately spotted some issues which needed to be taken care of, and we worked together to create a new plan which protects both me and my 13 year old daughter in a much more effective way. Having worked with two other law firms in the creation of both my parent's first estate plan and my own first trust and estate plan, the difference with Jan is MORE than apparent. She brings a personal approach to estate law that is sadly missing from other firms. She takes the time to truly get to know her clients and create a personal relationship with them. She isn't just the attorney that created my trust - she is part of my support system and I know I can reach out at any time with questions. I could not have been more pleased with Jan. She is the BEST of the best. I wholeheartedly recommend her!!!!!

During this past year, Jan has been a tremendous help to me. After the death of my husband in January, I appreciated that she not only had the knowledge and experience necessary to handle the estate, but also was someone I could trust to keep my best interests in mind. I did not know Jan before entering into this business relationship with her, and I feel fortunate to have found her.

I should say right up front that Jan Cummins is my sister, and of course I have known her all of my life. I have always known her to be scrupulously honest and upstanding, and I would be very surprised to hear anyone claim otherwise. A few years ago, my wife and I retained Jan to put together an estate plan for us. She asked many questions about our assets and our preferences for actions to be taken upon our death. She produced a package that is very thorough and complete which includes a revocable trust, wills for both of us, deeds, distribution instructions, certifications, Durable Powers of Attorney for property management, health care, HIPAA, and more. We were impressed that once Jan had the necessary instructions and data, she efficiently blended our assets and desires into a comprehensive package which perfectly met our needs. We have been very satisfied with her work.

I worked with Jan to create my will and trust after my divorce. She was matter of fact and very thorough in the process. Since I have known Jan for many years I can attest to her honesty and diligence to the law, and willingness to tell someone when they are wrong. Like many, I can be biased by my own ideas. Jan has solid legal perspective and always kept my goals in mind, talking me through the facts and legal issues to make a good decision. I’m glad I worked with Jan. She covered all the angles, from how my assets were registered with my financial company to ensuring the legal language fit with the changing relationships of family members and everything else. Thanks, Jan!

An experienced and diligent attorney

I've known Mrs. Cummins quite a while and know her to be honest, trustworthy and diligent. Her field is family law such as wills and trusts and she is particularly well versed in cases having to do with government benefits. She wrote a special needs trust for me. I found it to be very well written and quite inclusive. I would recommend her highly to people looking for this kind of expertise.

Jan Cummins is the type of attorney who gives other attorneys a bad name. It seemed clear to me that she’s in it for the money. I hired her to help settle Mom’s fairly simple estate which does NOT need to go through Probate. At the first consultation ($300) she said without Special Needs Trusts it would cost $7,000-$8, 000. At our next meeting she said she hadn’t looked at the trust yet, but we both agreed we wouldn’t need Special Needs Trusts. She surprised me by now saying it would cost “upwards of $10,000.” I had to remind her she had already told me $7,000 - $8,000. Jan tried to complicate things, telling me I needed to do and she needed to do things even I knew weren’t necessary (later confirmed by different lawyer I hired with extensive experience in trusts). There are many beneficiaries, but that has nothing to do with making the trust complicated, as Jan kept telling me it did. After the consultation I had only met with her once to sign the employment agreement and talk about a few things. After that meeting Jan reviewed the trust (straightforward and only assets are in banks accounts), and drafted a beneficiary notification letter required by law. The beneficiary letter she wrote encouraged the many (well over 10) beneficiaries to contact her with any questions or concerns. I told her to delete that part. I would have no control over how long they/she spoke or emailed, and from how Jan tried to complicate things and make unneeded tasks for herself, I could see her doing that too with the beneficiaries. That would increase her charges, and possibly create problems with them. I told her I prefer to have them contact me, and I would forward the questions/issues to her. She agreed to delete that part of the beneficiary letter. I went to her office to sign the letters for her to mail to the beneficiaries. She announced that she changed her mind, and she didn’t think she could keep me as a client if I didn’t allow her to communicate with all of the many beneficiaries! I was surprised, and later confirmed with my new attorney that her directly communicating with them does not need to happen. Right after Jan told me she MUST be able to have contact with beneficiaries or she won’t keep the case, she told me she’d already gone through $3,800 given her, and would need more money before doing any more work! Besides talking a few times on the phone and emailing, reviewing the Trust and drafting the beneficiary notification, she had done almost nothing. I protested, and she said she’d be sending me a bill showing what she did. I quickly left to get back to work, and because I was shocked and dismayed. As I was going out the door her only comment was, “And there’ll be more charges too!” Later that day I terminated her services, telling her to do nothing more, not even make copies of the file, as I had copies. She said there would only be another $100 in charges, and that she would file the Will with the county without charging me the $50 fee. Instead, the final bill she sent did charge $50 for filing the Will, and she added an additional $400, not just $100 she had promised. I ended up paying over $4,200, with the only things to show for it that I actually needed were the Will filed with the county, and she notarized an acknowledgement.
Jan Cummins' response: I'm very sorry to hear of your disappointment with my Trust Administration services. It is always my intention to serve my clients with the utmost integrity and diligence. I hope you will contact me directly so that we can discuss the problem you had with my work and see if we can find a posssible solution.