Robert Cummings was raised in a highly competitive environment.  He grew up fighting:  on the football field, on the wrestling matt, and in the karate dojo.  He was also fiercely competitive in several other sports, including baseball, soccer, tennis and track.  This competitive spirit carried over to academics and he was lucky enough to receive a scholarship at Arizona State University.      He graduated magna cum laude from Arizona State with a B.S. in Accounting.  In addition to making the Dean’s List all four years of college, he received several other high academic honors including membership in:  Beta Gamma Sigma, Mortar Board, The Gold Key Society, and the Order of Omega.  He was the recipient of several scholarships for high academic achievement including the Arizona State Regents General Scholarship, the John F. Miller Scholarship, and the Arizona Legislative Research Scholarship.     During college, Robert Cummings became active in Toastmasters International and began competing in public speaking competitions.  In 1988, he won the Arizona State University Humorous Speech Contest.  He also placed as runner-up in the Southwestern Regional Toastmasters International Championships and received several other awards for public speaking.    In the late eighties, he worked as Legislative Research Intern with the Arizona State House of Representatives where he became versed in legal research and persuasive writing.  He reviewed and analyzed legislation and law for the Tourism Professions and Occupations, the Prison Institutions and Reform Development, and the Ways and Means committees.  His duties included: preparing speeches, presenting bills and advising elected officials on legislation and its affect on the current state of the law.            In 1990, Robert Cummings accepted a position with the accounting firm of Coopers & Lybrand (a predecessor to Price Waterhouse Coopers).  There, Mr. Cummings audited several fortune 500 companies and participated in various projects with the Business Investigative Services Unit--responsible for “white-collar” criminal defense investigation and analysis.  During this time, he studied taxation at Golden Gate University and eventually received a Masters Degree in Accounting and Taxation.  In 1993, Robert Cummings joined KMPG Peat Marwick LLP (now KPMG) and became a tax specialist.  In 1996, Robert Cummings entered University of California’s Hastings College of the Law where he focused his attention on criminal law.  He received top marks in all of his criminal law classes and began competing on the heralded Hastings Moot Court Team.  In 1998, his team won best brief and placed third in the August J. Rendigs National Moot Court Championship.  Mr. Cummings also attended Hastings’ Criminal Clinic, excelled in Trial Advocacy I & II, and immersed himself in two independent studies including:  Fourth Amendment Law and Federal Criminal Procedure.                   During his first and second years of law school, Robert Cummings clerked with the United States Attorney’s Office Criminal and Tax Divisions where he worked on several cases involving:  White-collar crimes, Bank fraud, Tax fraud, Perjury, Counterfeiting, Bribery, Forgery, Internet-computer related crimes, Marijuana (major) Cultivation, Bank Robbery, Explosives Devices and various misdemeanor offenses.    In his third year of law school, Robert Cummings conducted several contested hearings as a certified law clerk with the San Francisco District Attorney’s Office.  He was assigned to major narcotics and handled matters involving search and seizure, and medical marijuana.  He later worked as a certified law clerk with the San Mateo County District Attorney’s Office where he handled preliminary hearings, contested motions, legal writing and research.   After law school, Robert Cummings joined the Contra Costa County District Attorney’s Office.  As a Deputy District Attorney in Contra Costa, Mr. Cummings prosecuted various felonies, misdemeanors and juvenile offenses.  He became well versed in several areas of prosecution, including:  DUI, Domestic Violence, White-Collar Crime, Psychiatric Defenses and Issues, Narcotics, Homicide, Hate Crime, Gangs, Violent Crime and Restraining Order Law.  Mr. Cummings also served on the board of directors of Richmond’s Juvenile Drug Court.             Mr. Cummings later joined the Santa Clara County District Attorney’s Office.  He first served on the Family Violence Unit--responsible for the prosecution of domestic violence, elder abuse, stalking and child abuse.  He eventually transferred to the North County Unit where he tried several cases involving:  Homicide, Domestic Violence, Hate Crime and Sex related offenses.  During his time at the Santa Clara County DA's Office, Mr. Cummings maintained an undefeated jury trial record.         As a former prosecutor, Robert Cummings knows the ins and outs of the criminal justice system.  He has a wide range of experience and an in depth understanding of what it takes to prevail at trial.  He is an extremely skilled public speaker and has a knack for winning over juries.  Mr. Cummings has the knowledge and wisdom to help you maneuver through the criminal justice system.  If you are charged with a crime, contact the Law Offices of Robert G. Cummings.  Your initial consultation is free. 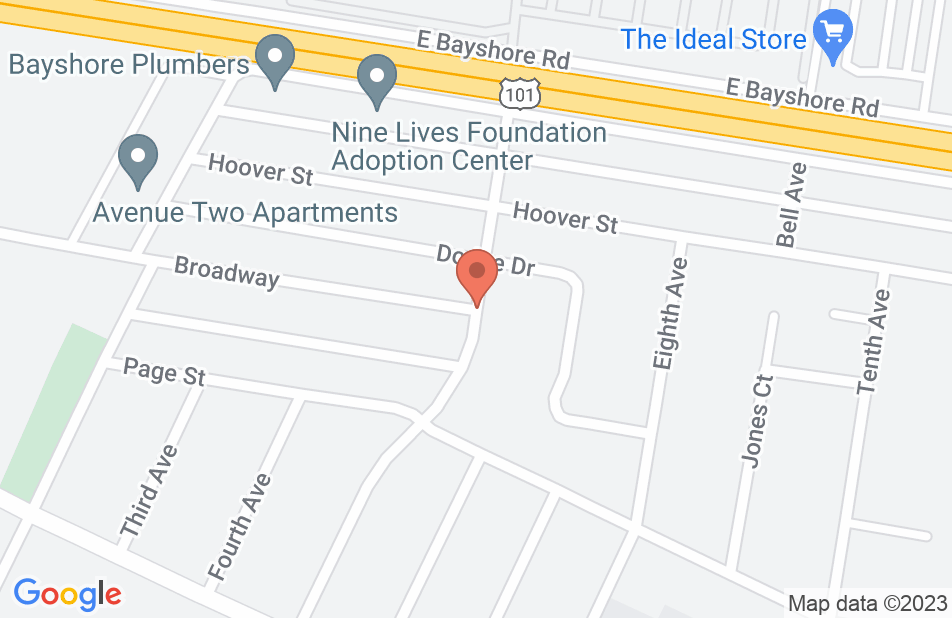 Robert was very helpful, attentive and informative during my ordeal Thanks to him I was able to navigate the unknown with a successful outcome Thanks Robert !
This review is from a person who hired this attorney.
Hired attorney

Mr. Cummings has been an excellent lawyer in my case. He treated me with the utmost of respect. The details and personal details he does for his client is nothing short of amazing. I recommend this lawyer to anyone I know because he is that good. I went into my case scared and now have a bright future ahead thanks to this man. I am so great full for what he did.
This review is from a person who hired this attorney.
Hired attorney

Words cannot describe what a great attorney Robert Cummings is! Due to my past, I was looking at a lot of time and possibly a 2nd strike but Robert was able to get it down to misdemeanor and probation!! Not only is Robert easy to talk to, he's patient and will work around your schedule. The 5 traits of a great attorney are compassion, ability to listen, assertiveness, creativity & perseverance - Robert has all of them!
This review is from a person who hired this attorney.
Hired attorney

I had Robert represent me in a very serious matter with very serious consequences. He was able to get my case resolved. He had good rapport with the DA and got charges dismissed. I highly recommend this guy for anybody who needs someone who knows the criminal justice system.
This review is from a person who hired this attorney.
Hired attorney

i was in a tough situation with my family where CPS removed my 3 daughters from my home for one year. If I did not have Robert as my lawyer, the case would have dragged on longer, possibly 18 months. Robert exemplified my strengths: no incarcerations, sober and clean, and very stable. Robert pointed out my 100% compliance to court services and was also willing at any time to take the agency to trail. CPS end up giving me visitation back at my home and now reunification. I am very thankful for not only Robert's legal representation but his moral and emotional support during one of the most painful and traumatic moments of my life. Robert always went beyond to help me get through this difficult situation: meeting me in long distances, always available 24-7, the most friendly, and full of experience. Thank you Robert!
This review is from a person who hired this attorney.
Hired attorney

Robert is an excellent attorney!

Robert handled my case. he did a great job. I am satisfied with his service. He is professional, friendly, patient, helpful and wonderful. He is the best attorney that I have ever met! I appreciate his help.
This review is from a person who hired this attorney.
Hired attorney

Robert helped my husband in his case in which was a huge help and weight lifted off my shoulders because before we hired Robert I was the one trying to help my husband with all of the paperwork. Once we hired Robert he made everything look like a breeze because he is just so good at what he does. His experience and knowledge clearly shows thru in his work. Every time we would meet up to speak with Robert he was always one step ahead. I would go into meetings with him with a list of questions and he would always answer them before I even had a chance to ask. I caught myself always saying "why didn't I think of that". Him and his team are just genius. The day of court Robert shows up ready to go very professional which I think was a little intimidating to the other party. If you are in search of a lawyer I guarantee just one conversation with Robert and you will know this is your guy.
This review is from a person who hired this attorney.
Hired attorney

Robert Cummings fought for my rights in the San Mateo County family court for 5 years and I won my case because of his dedication and thoughtfulness.
This review is from a person who hired this attorney.
Hired attorney

Robert represented me in a civil matter. He was responsive, well prepared, and provided great advice on how to approach the case.
This review is from a person who hired this attorney.
Hired attorney

First off let me start by saying that Robert handled my case perfectly. I was facing 3 felonies on a pretty much loser case. Robert fought with everything he had, showing up to all my courts, and always keeping me up to date on what was going on. He always made me feel important, just how a lawyer should make his clients feel. By the time he was finished, my case was completely dismissed. I strongly recommend hiring Robert for any type of case if you are looking to win!!
This review is from a person who hired this attorney.
Hired attorney
See all reviews

I highly recommend attorney Rob Cummings. I was Rob's team leader when we were prosecutors together right out of law school. His legal knowledge and work ethic were then as they are now - exceptional. Since moving to private practice, Rob and I have collaborated on many civil and criminal matters. The work we did greatly benefited out clients and yielded exceptional results. If in need of legal counsel on the Peninsula or South Bay Area, Rob should be the first attorney you call.

Mr. Cummings is an excellent lawyer, he uses his experience as a former prosecutor to gain every possible advantage for his clients. I have seen extraordinary results in many of his cases. For these reasons, I endorse Mr. Cummings.

Robert is a talented member of the San Mateo bar. I have consulted with him on several personal injury matters. He is a former deputy district attorney with a wide range of knowledge in criminal law, person injury, and immigration. He is also a CPA.