Channe Gallagher Coles understands the struggles which face divorced parents, especially those confronted with the challenge of raising a child on their own while struggling financially.

​As a child of divorce herself, she grew up in a single-parent family with her mother and four sisters. She understands the toll child custody battles can take both physically and emotionally on parents, but also from the perspective of the child who often suffers the most when parents fight it out in court.

In 2009 Channe joined a general practice law firm in downtown Los Angeles, where she gained a wealth of litigation and trial experience in construction defects, probate, personal injury, and family law. Following her time there, she joined Law Offices of Gregory Johnson, in Oxnard, California exclusively practicing in the area of elder abuse and personal injury, where she chaired long-cause trials through Ventura and Los Angeles County and assisted in complex class action lawsuits. In 2014 she opened her own solo practice in Santa Barbara where 99% of her time is devoted to the area of family law. She brings a wealth of litigation experience and is extremely competent in handling both highly contested, big income and asset cases; as well as, the far less complex issues of a “friendly divorce”.

Channe resides with her husband, teenage son, champion Rhodesian Ridgeback “Truman”, and her two rescue cats in her home in Santa Barbara. In her free time, she enjoys spending time with her family and enjoys camping, sailing, running, skiing, and wine tasting! 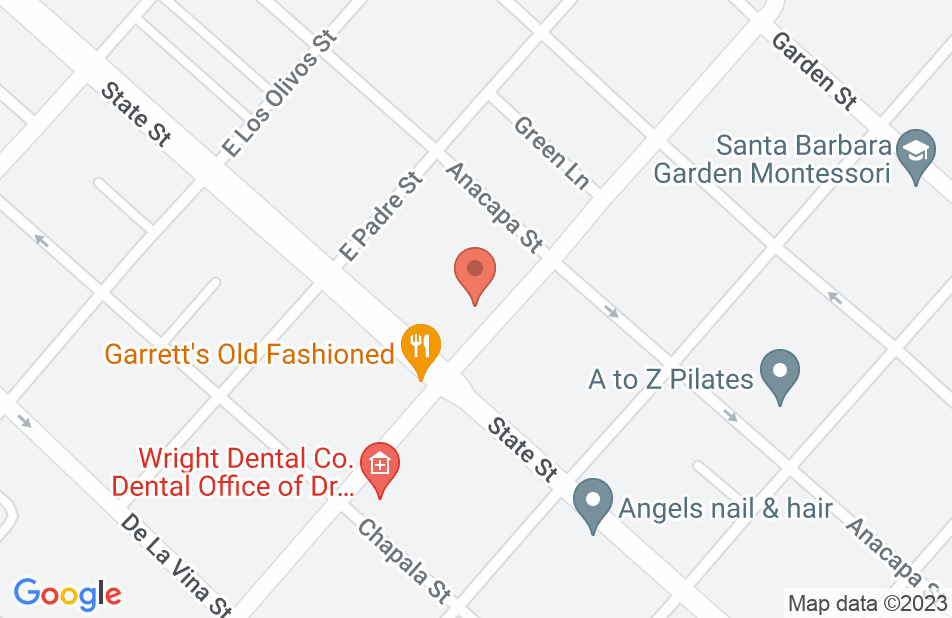 Channe is Responsive and Hardworking

I hired Channe in the tenth hour just before my evidentiary hearing on custody, visitation, and child support. My prior attorney disappeared, and given the circumstances I couldn't push out the hearing and go with the date I had, only a week away. I met with multiple attorneys, but because I had already been paying for an attorney I was low on funds. I couldn't afford many attorneys' retainers (some asked for $10k-$20k), but Channe's was much more affordable. Channe really went to bat for me and represented me better than I could have imagined. My children are now safe and thriving under the new schedule and I'm receiving more child support than I was previously told I would because she found funds my ex was hiding. Although there was very little time between when I retained her and my hearing, she and her staff were very responsive to my questions and guided me through the process. If I need a family law attorney again, Channe will be my first call.
This review is from a person who hired this attorney.
Hired attorney

She was amazing and professional, solved my problem (unfair) love her and her team forever! I recommend!
This review is from a person who hired this attorney.
Hired attorney

You want Channe Coles on your side.

You want Channe Coles on your side. She and her team are truly amazing. They listen to you and will know your case inside and out, as well or better than you do. I started with 2 other attorneys and the difference was night and day. Channe actually cared about my case and went above and beyond for me. Channe is smart, quick, confident, knowledgeable and classy. She will fight for you. If you need a family law attorney, you would be lucky to retain her. I will never be able to thank her enough. She won my case above and beyond my expectations.
This review is from a person who hired this attorney.
Hired attorney

Channe has been excellent in working with me to get immediate temporary spousal and child support as we get deeper into the complexities of my case. Without her help I don't think I would be able to afford food for myself and my children. She really understands that this is about what is best for the children, and she is fighting for what is best for them and me. I definitely recommend her to anyone looking for an attorney for anything family law related. My case is complex with children and multiple assets, yet she handles extremely well.
This review is from a person who hired this attorney.
Hired attorney