Super Lawyers "Rising Star" 2012-2017; focus exclusively on personal injury.  He is the current President of the Riverside County Bar Association.
He graduated with honors from California State University Dominguez Hills, receiving a Bachelor of Arts in Political Science. While an undergraduate student, besides many community, sports, and school activities, Mr. Serrano worked in Washington D.C. as a Congressional Intern for a California Congressman.
Mr. Serrano was recruited and attended law school on a full scholarship. He received his law degree from the University of La Verne College of Law. While in law school, he was selected to be a member of the moot court honors program and the school’s moot court traveling team in nationwide competitions. He also received a CALI award in the area of Legal Research. Admitted to practice before California State and Federal Courts, he has an active practice in both. He has argued before the California Court of Appeal for the Fifth District and has petitioned for California Supreme Court review. These are remarkable accomplishments for one relatively early in his law career. 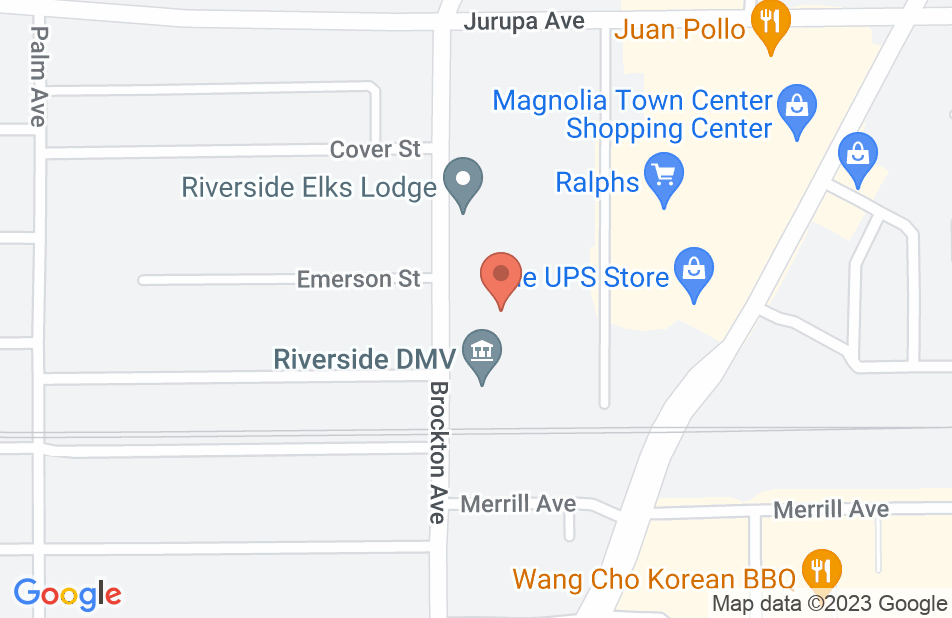 Having you represent my mom in this case was not just a pleasant experience but did much to change my perception of your profession. I am extremely grateful for not just the way you handled this matter but your professionalism and courtesy. Thank you, Bill Schlueter

After consulting with several lawyers about my potential case I had a consultation with Mr.Serrano. not only did he seem compassionate but also understanding and very informative. Something that all the others lacked. Even though he wasn't able to take my case I didn't feel offended when I left there the way I did at the others. It's all about the way you treat people.
This review is from a potential client who consulted with this attorney.
Consulted attorney

Mr. Serrano took the time to review my potential case, and provided helpful resources to navigate through the process. He immediately responded to my inquiry from AVVO and took the call from me. In addition he followed up via email to ensure I had the necessary contacts on hand. I was impressed by his forthright approach.
This review is from a potential client who consulted with this attorney.
Consulted attorney

I sent Mr Serrano an email regarding a injury at Whiskey Pete's Hotel and Casino and how I should proceed with a claim against the Hotel. Almost immediately after sending the email, Mr Serrano called me. He gave a knowledgeable answer and helped make the procedure clear. I am very happy at his quick response and would definitely recommend him to anyone.

A Client Well Served Says Thanks!

Mr. Serrano represented my interests regarding injuries from an auto accident about six hours away. I had been having problem after problem the other drivers' insurances. My case if it went to trial would not have been local. Mr. Serrano always maintained his composure dealing with the defendant's unorthodox and unprofessional attorney. If he stressed out with the attorney's "no-show" for depositions (I lost count at three), letters not answered, phone calls not returned I never saw it. He exceeded my expectations for settlement skillfully negotiating with third parties yielding his client, me a bit more pocket change. Mr. Serrano is engaging and makes you, the client feel important and that he really wants the best for you and is not afraid to work for that goal. He takes pride in his work and his firm. My only regret is he did his job so well I won't be able see him at work in the courtroom honing his craft.

Mr Serrano was very professional in handling my case. I could not have picked a better lawyer. He was very helpful in all aspects of my case. This was a challenge seeing that I do not reside in CA. We did most of our communication via email and phone.

Hired this attorney to represent my girls who were the cheerleaders in accident with Murrieta Mayor Alan Long. The girls were deposed and many questions that had to be filled out. We were told by Mr Serrano that Alan Long would be having to do same! We were informed only days prior for a mediation which was more of a bullying pressure tactic! I was told Alan Long was destitute that he owns nothing that he is upside down and is in bad financial shape! I later find out this not to be true and found out that Mr Serrano NEVER DEPOSED Alan Long! Mr Serrano states that I pushed for settlement which is a total fabrication! I have the messages that state I was not going that it was last minute and being pressured when I did not have enough information to make an informed decision! I also have Mr Serrano on recording stating my girls would not be charged for this meeting and when at this meeting the arbitrator said that was not true! So there is no trust and it is my belief he did not represent the girls best interest it was a fast buck and we are filing complaints with the bar association!
This review is from a person who hired this attorney.
Hired attorney

I endorse this lawyer. Jean Serrano is an experienced personal injury attorney in the Inland Empire. He is ethical and always strived to obtain the best outcome for his clients.

A great young attorney with an abundance of knowledge and experience.

I endorse Jean. He is a highly skilled attorney that is well respected in the legal community.

Jean's ability to work with opposing counsel, insurance companies and clients is impressive, due not only to his strong communication skills, but also to his upbeat personality. If I were looking for a personal injury attorney, I would want one that was well-known to lawyers, judges and the civic community. Lawyers with decades in the Riverside area often do not have the prominence that Jean has in this respect.

I have known Jean Serrano prior to working with him. He is sharp with the law and has an outstanding commitment to zealous advocacy for his clients.