In 2006, Mr. Huston left San Diego and became a prosecutor for the county of Madera. As the prosecutor in charge of traffic court, he has handled hundreds of driving under the influence cases. Mr. Huston later became the welfare fraud prosecutor and the rural crimes prosecutor for Madera County. Mr. Huston was eventually transferred to become the drug court prosecutor and finally, the lead deputy district attorney for the Sierra Courthouse. In this position, Mr. Huston handled and litigated many cases ranging from driving under the influence to violent felonies (including assault, burglary, hate crimes, and attempted murder) for the eastern half of Madera County.

After three years as a deputy district attorney, Mr. Huston returned to Southern California and worked as a senior associate to several law firms in San Diego. He continues to practice criminal law and is an active attorney with San Diego County’s Office of Assigned Counsel. He has broadened his expertise in the civil arena by becoming proficient in bankruptcy litigation and returning to mediation and family law. He also represents business and business owners in corporate and civil litigation. To date, Mr. Huston has taken over ten cases to jury with favorable results.

Mr. Huston has evolved into an excellent trial litigator where he draws on his mediation and negotiation skills to bring cases to a swift resolution when possible but is not afraid to take a case to trial, and zealously advocate for his clients, when the opposition is unreasonable or intransigent (or both!).

As the lead trial litigator for Huston | McCaffrey, Mr. Huston has. He is currently admitted to practice in the courts of the State of California and all four federal United States District Courts of California. He is active in the community and is on the board of directors for the Tom Homann LGBT law association of San Diego. 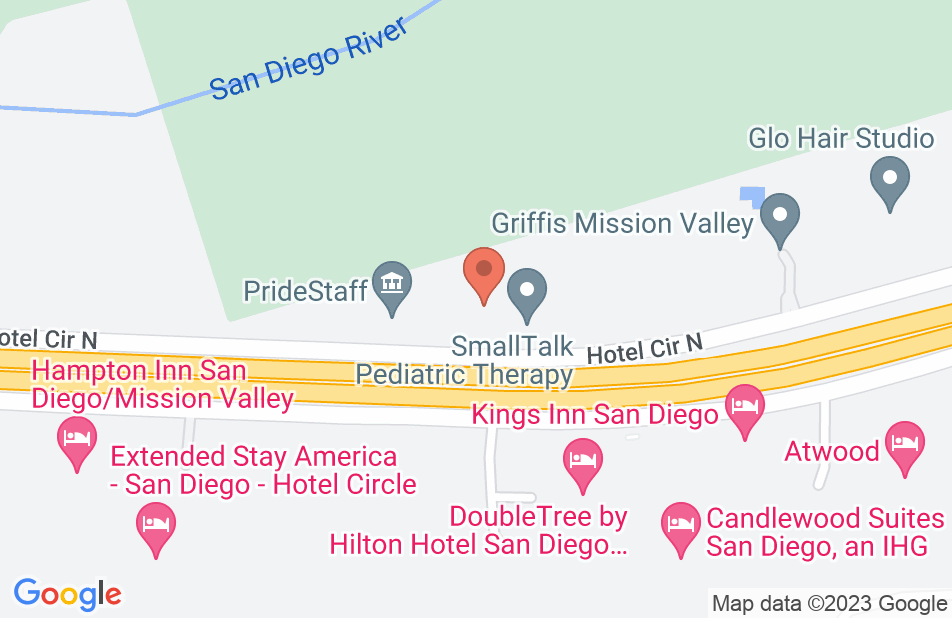 I have used Shawn Huston on several occasions from house closings to traffic infractions. I have always found him to be very fair, honest and extremely knowledgeable. Mr. Huston takes the time to talk you through your legal situation and makes sure you understand the alternatives of what could happen... good or bad. He's a nice guy, very helpful and can help you navigate the legal system which is hard enough for the average person.  I highly recommend his services and his rates are very reasonable compared to other attorney's I have previously used. From what I have observed, he has a good relationship with officers and judges which can't hurt your case either!

Shawn and I partenered to help a client

I had a client that wanted to sell a property that was part of a bankruptcy and I needed a lawyers help. Shawn met with me and my client and made them feel at ease about the situation. His knowledge and understanding of my clients situation made it possible to successfully navigate the real estate transaction to close in a timely matter and without much stress. I would definitely refer him to another client for legal consultation.

My name is David. I hired Shawn and Kelly to help me seek damages from a contractor who installed defective materials in my home. After 9 months of being ignored, deceived, and mistreated by the contractor, I decided to pursue legal action. Shawn and Kelly took a proactive and professional approach and initially created a very detailed demand letter citing various legal precedence and legal remedies to attempt to find an out of court settlement. Coupled with claims with the California Contractors State License Board and the contractor’s Bond company, we were not only successful achieving a fair settlement, but I also covered my legal costs and all of the costs to repair my home. There were even enough monies left over to take my wife out for dinner after a year of feeling helpless against a dishonest company. I would also like to disclose that I previously had a disagreement with a tenant who also used Huston/McCaffrey to represent them. I am pleased to say that that tenant and I were able to find a solution. I felt that Kelly and Shawn represented my tenant so well, that if they were good enough for my tenant they were good enough for me. If you can’t beat them, join them. And that’s what I did. Through Huston/McCaffrey I achieved more than I thought would be possible. I highly recommend the services of Huston/McCaffrey, LLP. Thank you Shawn and Kelly. Sincerely, David
This review is from a person who hired this attorney.
Hired attorney

Mr. Shawn went out of his way to provide expert opinion on my legal matter involving litigation in court with a neighbor that allows his dog to bark all the time. He responded to multiple questions in a very timely matter, and cited previous similar court cases in details. Thank you!
This review is from a potential client who consulted with this attorney.
Consulted attorney

My case was unusual with those apposing me very adamant about ,their position. The case involved my dog and a conflict with the animal control. He handled the case professionally and had it resolved in 1/2 day.
This review is from a potential client who consulted with this attorney.
Consulted attorney

I met with Shawn to discuss a possible bankruptcy. He recommended a debt negotiation strategy. His fee is very reasonable. He has an excellent command of bankruptcy law and the strategies lenders and debt collection firms use to intimidate and harass borrowers. I found Shawn a reassuring presence during this difficult period. He negotiated all of the debt to a very satisfactory result. Shawn is friendly and personable and I highly recommend him.
This review is from a person who hired this attorney.
Hired attorney

Fantastic Caring Person And A Great Lawyer As Well,

We were in a tough situation and Shawn came to the rescue. We needed a TRO and his experience dealing with the court system was the key to getting this done with the minimum time used. Shawn is a caring man and he showed compassion and class for us even though ours was an ugly situation. He filled out a stack of California court forms that would have been impossible for us to do by ourselves without his help. In our case, we had our TRO by the end of the day! It was an amazing experience for us considering what we had to do and we are highly recommending him.
This review is from a person who hired this attorney.
Hired attorney

Shawn was such a great mediator between my tenant and myself as the landlord living under one roof. What a stressful situation I was in. Before I met Shawn and I wasn't sleeping or eating. Shawn was able to take control of the situation in less than 24 hours and get a resolution. He also is not one to penny pitch like many other lawyers. I would definitely recommend Shawn!
This review is from a potential client who consulted with this attorney.
Consulted attorney

He could not have done a better job for me. 5 Stars

Shawn was recommend to by by a friend. He did a fantastic job proving that the woman suing me for a dog bite was a con artist and there was no actual dog bite. He we won the case quite easily.
This review is from a person who hired this attorney.
Hired attorney

Thank you to Shawn Huston for a fantastic job!

My husband and I hired Shawn to assist us with a potential bankruptcy case. We initially tried to short sale our investment property before acquiring Shawn's help and it went south. When we hired Shawn in the middle of all this, he stepped in and managed to help us hang onto our investment property, avoid filing bankruptcy and re-finance. This wasn't even something we believed we could do before Shawn's help. We had been dealing with the Mortgage company for a year already and Shawn stepped in and saved our property and our sanity. He dealt with a very difficult mortgage company and decreased our anxiety significantly. He kept us informed every step of the way - by text, emails and phone calls. We appreciated his professionalism, competency and ethics. Not only that, Shawn had our back. We were no longer alone in our fight. We have our investment property, great tenants, and a great attorney, should we need one in the future. I have already recommended him to friends and family and I will continue to do so in the future.
See all reviews

Mr. Huston is a very experienced and knowledgeable attorney. I endorse this lawyer.

Shawn is one of the greatest lawyers I know here in San Diego. He has solid experience in multiple areas of law, and is able to effectively handle all facets of any case he takes on. I highly recommend him and his firm for any and all legal matters. If he is unable to represent someone for whatever reason, he has the resources to ensure that they will get the representation they need.

Mr. Huston is dedicated to serving his clients and their goals. He is not only a great attorney but also a great adviser.

Shawn and I have worked together for the past four years as the founding members of Huston | McCaffrey, LLP. Shawn is a fantastic lawyer who always gives his clients exemplary service. He treats his clients as people and not just as another case. He will not stop working for his clients until he achieves his desired result. I endorse him wholeheartedly.

I endorse Shawn because Shawn is a great attorney. He has a strong command of the law and diligently works to reach the best outcome for his clients. Shawn knows what needs to be done when he receives a case, and he takes action to successfully resolve the case for his client. If I’m ever in need of a criminal defense or bankruptcy attorney, Shawn is the man I’m calling.

I endorse this lawyer. Shawn is a reputable and skilled lawyer who is a fierce advocate for his clients.

Shawn Huston is one of the most intelligent people I have ever met. Not only is he exceptionally bright, but he is meticulous, organized, witty, hardworking, and an overall excellent attorney. I would recommend him to my closest friends and family members.

Shawn is top notch in his research and trial skills. He finds a way to get the job done. I highly recommend him!!!

Shawn combines all the intelligence, hard-work, and experience a client could want into one fantastic attorney! His knowledge and ability lend themselves well to any type of representation. I endorse this lawyer.