Clients choose the Law Offices of Leon F. Bennett for our award-winning, comprehensive and highly personalized approach to family law matters with a proven track record of successful and satisfying results. Imagine a bright future, a happy home, and security and stability for your family.

Mr. Bennett has 35 years experience in the field of Family Law as a Litigator, Mediator and Collaborator. He has gained the reputation of being a fierce advocate for his clients, whether during negotiations, mediation or trial. Yet, he is also highly respected for his ability to resolve many matters without lengthy litigation. He is currently serving his 3rd consecutive year as President of Los Angeles Collaborative Family Law Association. He is the Co-founder and Past-President of Family Divorce Solutions. Both organizations utilize a select group of specially trained attorneys, accountants and mental health professionals who employ a non-adversarial, cooperative method to family law proceedings. This non-litigious approach often results in swift and cost-effective resolutions.

In addition to his pursuits in private practice, Mr. Bennett has served as Judge Pro-Tem for both Los Angeles and Ventura Counties Family Law courts. He has served as a lecturer on Family Law for California’s Continuing Education of the Bar, providing his expertise to other Family Law practitioners. He has also shared his knowledge with the public at large, through the community outreach television series “Legal Forum”, airing on Time Warner Cable, of which he served as writer, producer and presenter.

Mr. Bennett has held the positions of President, President – Elect, Secretary, Treasurer and Trustee for the San Fernando Valley Bar Association. He is a member of the Family Law Executive Committe of the Los Angeles County Bar Association, as well as President of the Los Angeles Collaborative Family Law Association and Family Divorce Solutions. He is most proud to have received an “AV Preeminent” rating from Martindale-Hubble’s Peer Review Rating for 23 consecutive years. This honor represents the highest level of esteem and accolade from his contemporaries in the legal community.  Mr. Bennett has once again been recognized as among the elite lawyers of Southern California with his inclusion in 2019 Southern California Super Lawyers. 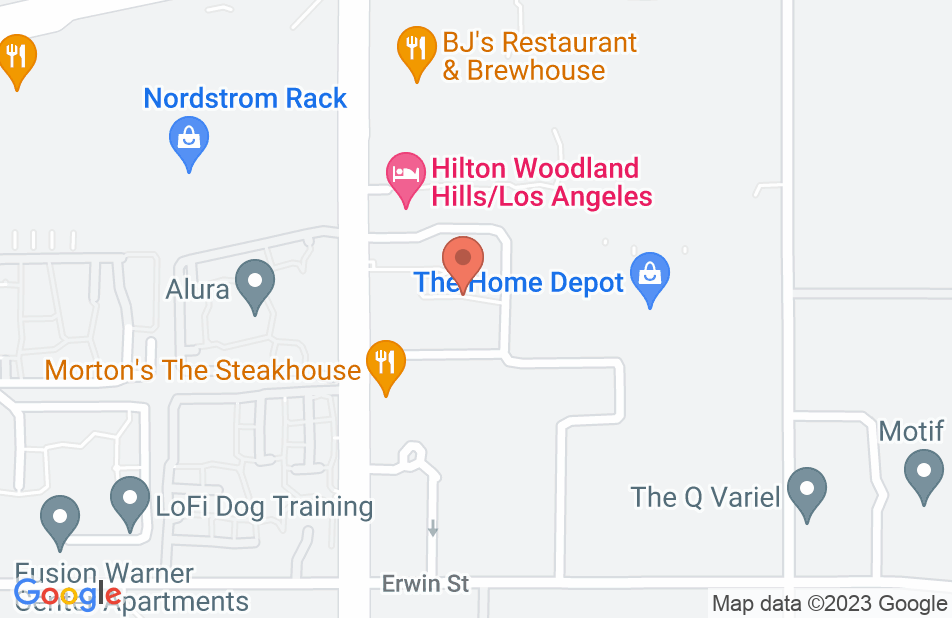 I've worked with Leon and his team for several months now. He was connected with me through a co-worker that had worked with him previously. They have been professional, knowledgable, and responsive. He has demonstrated an in-depth understanding of family law in California, which you would come to expect with someone with years of experience in the field. His feedback and input has been very helpful with my situation, which has been turning out positively.
This review is from a potential client who consulted with this attorney.
Consulted attorney

Where do I start??? I love love love Leon!! (Don't tell his wife or he will have to hire himself!!) Just Kidding! I hired Leon about 7- 8 years ago ( I forgot - thank God! how long its been) I had hired 2 attorneys prior, the first one must have thought I was a celebrity as he charged me a fortune in one month - un real! I moved on quickly or I would have been in bankruptcy court. Keep the "Westside" attorneys over there. This guy is better anyways!! By far! The second attorney did absolutely nothing for me but play defense for about 6 months, and when I had an emergency altercation I didn't even have her cell to reach out to ( yes, I had and HAVE Leons!!). She left me high and dry and cost me a fortune doing nothing but, like I said playing defense! I was referred to Leon, and the day I walked out of there ( on crutches, as I just had a hip replacement) I felt a huge burden released and FINALLY someone on MY side. He had a strategy, a team, a goal, and from then on HE called the shots. I call him my pitbull, as that's what I needed - as I was dealing with a man who was hiding assets, going after me for alimony and CS, and living in my face the entire time. One of the most contentious divorces I have heard about. Leon was ALWAYS there for me, as was his staff, and team. We never had to go to court and he took the "bull by the horns" when we had a four-way meeting in HIS office. He knew just how to play these two people ( I would call them men, but they do not deserve that right - real MEN don't act like that). By the end of the meeting my ex's attorney was flipping his own wedding ring up in the air!!serious! with his head on his hand. I sat with Leon many times in his office. He heard my cries, my anguish, and my pain, and NEVER took advantage of me. He referred me to a good forensic acct also as I had to fight fire with fire. I knew Leon had my back when I sat in his office and asked him what would he do if it was his daughter sitting here ( even though I am about the same age as Leon!!lol) - what would he advise her? He said: Settle. I did, and I am thankful now looking back. I finally got my life back, was able to focus, was able to eat (unfortunately gained the 10# I lost back!) and didn't have to wear depends anymore!! JK. I could focus on my work, my family, and my faith! Leon could have "taken me" for another year on this path, or litigated or just spent thousands and thousands more and made him alot more too, but he was honest and had my interest at heart, NOT his!!! I would recommend him in a heartbeat, and have. I hope no one has to go thru this, but if you are unfortunate and can't work it out, suck it up, stop the stubborness, and competition, and let him help you get thru it and take your life back. It's too short. I thank God for the day I met him. Carol O
This review is from a person who hired this attorney.
Hired attorney

Leon fought a clear path to fairness on my behalf. After a previous lawyer tried to help me thru my divorce, it only got worse. She didn’t fight for time with my children or a fair support fee and I ended up paying for a big fat nothing. Once Leon stepped in and started producing results, my life slowly got better. He got me a fair time share with my two kids and made sure the child and spousal support reflected both parties incomes. I have to say I was a mess and he put me back together. Love this guy. I can’t imagine being in family law due to the direct sadness and sometimes hostile situations that occurs throughout the process. Bless Leon and his super experienced staff and colleagues. Thank you from the bottom of my heart!
This review is from a person who hired this attorney.
Hired attorney

All I can say is that Mr. Bennett and his staff are the best! He got me a very favorable property settlement (not easy since my ex was hiding assets) and, most importantly, primary custody of my kids. He and his staff were always available to answer my questions. I wish I had found Mr. Bennett earlier - unfortunately, I hired another attorney first who produced zero results and charged me a fortune! It became immediately apparent during my first meeting with Mr. Bennett that his knowledge of Family Law was extensive, and that he had successful handled numerous complex cases such as mine. I have recommended Mr. Bennett to family and friends and will continue to do so!

My Opinion of Leon Bennett

My experience with Leon Bennett was less than satisfactory. After spending well over a year with Leon in the Collaborative Process with little progress, I moved my case to other lawyers. My case was then satisfactorily settled and the fees were far less than what Leon charged me. Secondly, Leon had difficulty understanding complex financial matters which would have cost me dearly had I followed his counsel. In short, I would never recommend Leon.
This review is from a person who hired this attorney.
Hired attorney

Leon is well known and respected by the Family Law Judges and Family Law Attorneys for his professionalism, skills, and experience. I endorse Leon Bennett and am happy to know him.