Sanam Alicia Nikkhoo earned her Bachelor's Degree in Economics and French Literature from the University of California, Santa Barbara in 2008. From there, Ms. Nikkhoo began her pursuit to advocacy at Chapman University School of Law in Orange, California. Ms. Nikkhoo earned her Juris Doctorate in 2012, and Ms. Nikkhoo also received her Certificate of Specialization in Alternatives to Dispute Resolution- Mediation and Arbitration. Ms. Nikkhoo was admitted to the California State Bar in 2014 and is an active member of the American Bar Association, Orange County Bar Association, Iranian Bar Association, and Los Angeles County Bar Association. Ms. Nikkhoo attended the California Homeowner Bill of Rights Initiative in 2012 in San Diego, California, and has an extensive background in negotiating settlements on behalf of homeowners and borrowers against major lenders alleging several violations of state and federal laws, including, but not limited to, lender fraud, predatory lending, unfair and deceptive business practices, CA Homeowner Bill of Rights, TILA and RESPA violations, among many other causes of action. 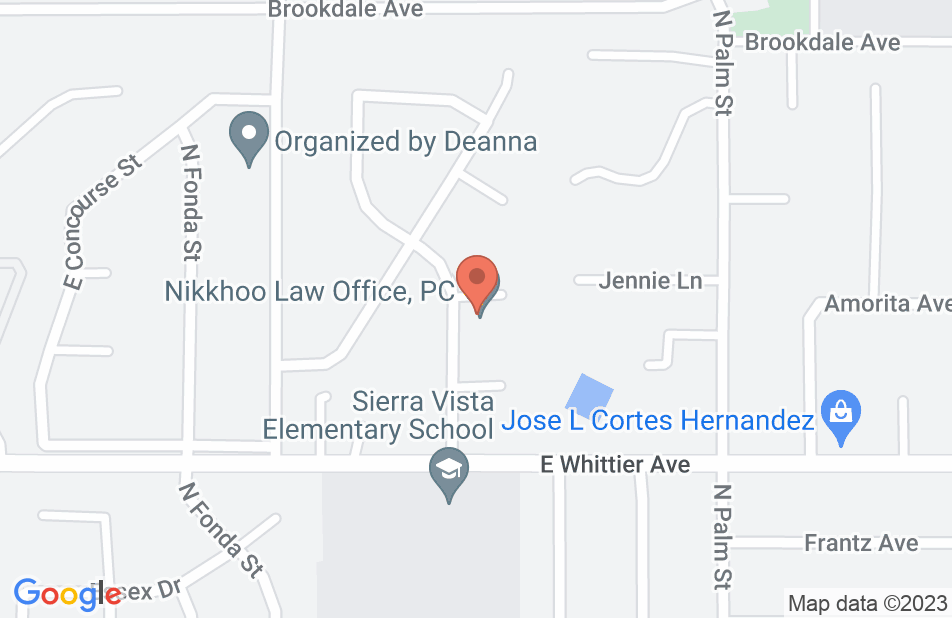 Sanam Alicia Nikkhoo is an awsome goal centered superior professional. She love's her job and goes above and beyond. I appreciate her thoughtful and highly experienced judicial insight. Certainly a definite winner right off the bat; Her energetic and passionate love for social legal work is a unique combination.
This review is from a potential client who consulted with this attorney.
Consulted attorney

The attorneys at Nikkhoo Law Office did a great job with my real estate matter. They are so professional and caring--they encourage client communication and kept me actively involved throughout the process. I will be referring them to everyone!
This review is from a person who hired this attorney.
Hired attorney
See all reviews