One of the country's Top 100 Trial Lawyers. The experience you want walking into court!

With more than a decade of legal experience, Richard has successfully represented numerous clients in cases ranging from traffic violations to capital murder. His extensive trial and courtroom experience, not to mention his compassion and integrity, make him the best Reno attorney to help people through difficult legal ordeals.

Prior to starting his own firm, Richard was a Public Defender for the Washoe County and, later on, for Laub and Laub. He attended the National Criminal Defense College in Macon, Georgia for a grueling two-week training specifically for trial work. In 2015, Richard was cited as one of the top DUI attorneys in Nevada by the National Advocacy for DUI Defense (NAFDD). He is also a distinguished member of the The National Trial Lawyers: Top 100, an invitation-only organization composed of the country's premier trial lawyers. 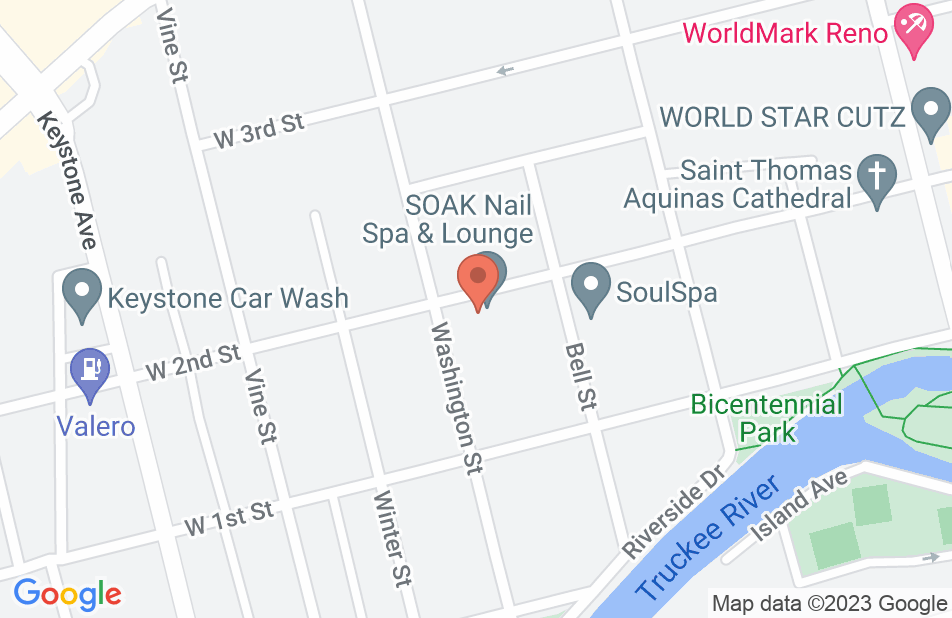 Richard is a man that is not at all about the dollar sign nore himself , he is about you the defendant !! Remember he goes far and beyond . And that equals freedom . And freedom is great .. And makes you feel great and great ia n that is relieving yourself from stress most importantly he specializes and relieving his clients from receiving a criminal pass history Or should I say a convention . And that is very important for you. It is also important to you to have yourself a lawyer ! that will go far and beyond , and most importantly and every way possible , he goes so far preventing you from receiving a criminal history . And that is most important for everyone in fact that is extremely important because that is your life . I I knew from the get go the first consultation that he is a go-getter. and. And that is exactly what I am looking for . In fact that is what we all are looking for what we are looking for a go-getter somebody fighting for you not for himself just to receive a buck. If you want the most out of Richard you need to tell him everything , put it all out lay it all on the table , and most importantly everything you say has to be the truth. As they say the truth, Shell set you free. Thank you Richard for giving me everything I was looking .thank you thank you thank you . !!!!!!!!! Thank you Richard praise the Lord . ( If anybody is out to be set free then hire Richard and it Shell be )
This review is from a person who hired this attorney.
Hired attorney

I had a potential 2nd offense DUI that I took for a (former) boyfriend & Mr Davies got it taken down to a wreckless driving...I wasn't truthfully even driving the vehicle. Everytime I called his office I was always provided with a return phone call & fully informed of all necessary information. I was VERY satisfied with the outcome of all this & would most definitely recommend him to & have all I know that are in need of legal services...

I was falsely accused of a crime I didn't commit. I went to jail. I contacted Richard right away. He helped me immensely. I have never been in trouble with the law before. He walked me through the entire process and stayed with me all the way. I highly recommend Mr. Davies!
This review is from a person who hired this attorney.
Hired attorney

If you ever find yourself in a bad situation, don’t ever hesitate to reach out to Mr. Davies office. He is definitely a knowledgeable attorney, who will go the distance. He’s also a straight shooter, but extremely respectful and compassionate towards his clients. No matter how many times I called, he picked up. He also responded to all of my text messages as well. His staff is very friendly and helpful. Thank you for your extreme generosity and tolerance towards me, Mr. Richard Davies, it will not be forgotten or go unnoticed!
This review is from a person who hired this attorney.
Hired attorney

A True and passionate Attorney

Faced with an all but certain life sentence, I was blessed to have Mr. Davies on my side. As a 58 year old african american, considered a habitual criminal, Davies helped secure a probation deal never before seen in Department 6 of the 2nd Judicial Court. With over 30 years in the system, I have had over 50 attorneys fighting on my behalf. I'm certain that most of them were passionate about their job. But for Richard Davies presented for me a way when there truly should not have been a way other than back to prison. Words could never express what happened in Judge Simon's Courtroom this morning. But of behalf of my wife, my family and especially my grandson, I want to say thank you to you, Richard for giving me a new lease on life. Today is the first day of the rest of my life!!!!!
This review is from a person who hired this attorney.
Hired attorney

He was quick and efficient. Helped me win a cell phone case. And and speeding ticket.
This review is from a person who hired this attorney.
Hired attorney

Got the Result I wanted

Was almost convicted of something that I didn't even do, but Mr. Davies was able to get the case quickly dismissed (no convictions or diversion) so I can resume with a normal life. The price he charged was also extremely reasonable.
This review is from a person who hired this attorney.
Hired attorney

Earlier this year I encountered a tricky legal matter that I was unsure about pursuing. After my consultation with Attorney Davies I decided to move forward with my case and I couldn't be happier that I did. Attorney Davies encouraged me to stand up for my rights and that an outcome in my favor was possible. He was reliable, experienced, and helped me every step of the way. He made sure that I was updated on the proceedings of my case and he kept me informed as to what I personally had to do. In the past, I had found lawyers to be dismissive and oftentimes condescending. Attorney Davies was extremely approachable and kind. His secretary is an incredibly sweet woman and she was extremely helpful and knowledgeable as well. I would recommend him to anyone seeking the services of a criminal defense attorney.
This review is from a person who hired this attorney.
Hired attorney

I endorse this lawyer. He is client driven and cares deeply.

I endorse this lawyer. Very strategic.

I am impressed with his ability to provide aggressive representation while giving clients honest and compassionate analysis of their case. My "go to guy" when it comes to criminal law.