Is a legal matter keeping you awake at night? My AGGRESSIVE, YET STRATEGIC, approach can help.

Daniel “Zane” Swank is from Bloomfield, New Mexico and is a proud parent of three children and one grandchild. Mr. Swank is a veteran of the United States Navy’s Nuclear Submarine Service (Silent Service) having served aboard USS Memphis (SSN-691) on several deployments. Mr. Swank has been deployed to the Mediterranean Sea, the Arctic Ocean (under-ice), the Atlantic Ocean and the Caribbean Sea. Mr. Swank is also a former Semiconductor Manufacturing Team Leader, LASER Lithographer and robotics technician for Intel, Corporation in Rio Rancho, New Mexico.

In 2007, Mr. Swank received his Juris Doctor from Washburn University School of Law in Topeka, Kansas where he earned a Certificate in Business and Transactional Law, with distinction, and with a Concentration in Bankruptcy Law. Mr. Swank also interned in chambers for the Honorable Dale L. Somers, United States Bankruptcy Court for the District of Kansas. Mr. Swank earned his Master of Business Administration degree, with an emphasis in Human Resources Management, from The College of Santa Fe and received his undergraduate degree with highest honors from National American University.

Mr. Swank has been working in the courtroom as a Trial Attorney for more than eight (8) years, all of which has been “first chair” trial experience. Mr. Swank now practices mainly in the areas of divorce, child custody and support, parentage, restraining orders, grandparental visitation, involuntary termination of parental rights, misdemeanor and felony DWIs, including MVD Hearings, and other criminal defense cases. Mr. Swank also handles general litigation cases.

Mr. Swank has broad criminal prosecution and defense experience. Mr. Swank has worked as a former Assistant District Attorney for the Eleventh Judicial District in New Mexico and as Assistant City Attorney and Prosecutor for the City of Farmington, New Mexico. Mr. Swank was later invited to be an associate at the prestigious Titus & Murphy Law Firm in Farmington, New Mexico often working, as defense counsel, on issues of first impression in the areas of drug-related DWI’s, DWI-related driver’s license revocation cases and prosecuting appeals to the New Mexico Court of Appeals.

Since 2011, Mr. Swank has been called upon to consult and give advice on unique legal issues and other “matters of first impression” by other experienced attorneys. He has also previously been retained by two Metro-area law firms to supervise, train and teach less experienced attorneys in the areas of pleadings practice and trial practice. 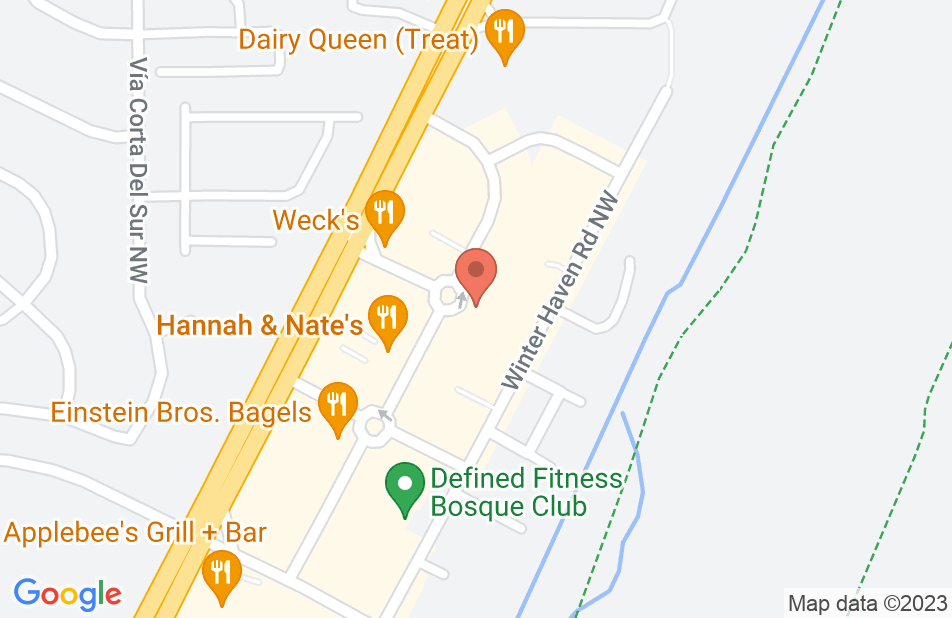 As a father in a child custody case, it was difficult to find an attorney that saw my situation for what it actually was and was able to represent my position truthfully as what was in my children's best interest. I hired Zane because he was willing to take the time during the consultation to get to the bottom of the situation and effectively develop and present a winning strategy. His pragmatic representation ultimately led to a successful settlement that was what needed to be done in the best interest of my children in a manner that also protected me legally. I could not be more pleased with his work in my behalf.
This review is from a person who hired this attorney.
Hired attorney

If you are looking for a Family Lawyer with splendid and with very excellent experience. I highly recommend Mr. D. Zane Swank and staff from (Swank Law Firm) located in Albuquerque, NM. Their professionalism and courtesy proceeds them as they use all resources necessary for your case. The preparation, communication, knowledge and research are many of the quality they use an posses. They were very successful in our custody case. My family and I couldn't be any happier with their results. Thank you Mr/Mrs Swank and Staff.... We give your 5 star Rating for you help and results! Sincerely Mr/Mrs Oliver and Family
This review is from a person who hired this attorney.
Hired attorney

Zane Swank is a morally grounded man who is very passionate about his work. He has always put my children first. He had a huge mess to clean up and was honest about everything. You will never be out of the loop. He ensures you are in control in a very out of control situation.
This review is from a person who hired this attorney.
Hired attorney

D. Zane Swank is passionate about his work. His deep respect and comprehensive knowledge of the law is a powerful combination. Add to that his commitment to 'doing the right thing' , his quite extraordinary focus and stamina, and you have a 'top notch' attorney and a genuinely decent man. I hired Zane to deal with litigation my former husband had initiated. His work was consistently thorough and detailed. He kept me informed of every aspect of the case and prepared me for the court appearance. He was absolutely solid and dependable throughout. Needless to say, we prevailed and got the result we wanted. He is quite simply a superb attorney.
This review is from a person who hired this attorney.
Hired attorney

Superb lawyer with excellent results. Mr. Zane delivered in every aspect of my case. He went beyond expectations and had quick immediate results. Highly recommended and trustworthy.
This review is from a person who hired this attorney.
Hired attorney

I have had the pleasure of speaking to Mr. Swank regarding legal matters on numerous occasions. He is one of the most knowledgeable and caring Attorneys I have ever met. He does not skip a step or stop until a case has a positive outcome. I have recommended him to everyone I know because I know they will be in great hands.
This review is from a person who hired this attorney.
Hired attorney

Mr. Swank was able to help me in my divorce case where the other party failed to show up continuously. He was able to uphold justice and place proper sanctions on the other party. Zane was willing to go the distance at every step and put in the necessary time & energy to prepare my case in a very methodical fashion. He was very intimidating with his veracity and respectable character. He was always upfront about his fees and very realistic about the case. He kept me informed every step of the way. It is because of Zane's passion for what he does that we were able to see a good settlement for my families future. The judges were always impressed with his punctuality and his impeccable professionalism. Without a doubt I would hire Mr. Swank to defend me in the future.
This review is from a person who hired this attorney.
Hired attorney

I was the administrator on my mothers estate and did not know what to do on income taxes and how to handle the responsibility . We discussed my options and as a result I was able to handle it with confidence.
This review is from a potential client who consulted with this attorney.
Consulted attorney

Zane is a dedicated wonderful attorney. I am going through a horrible divorce right now and it's been one of the hardest things in my life I've ever had face. Zane and his staff are always there for me and have worked very hard on my case. He is always prepared and has done an outstanding job from day one. If anyone ever needs an attorney that is going to be totally dedicated to your case you need to call Zane Swank. He is very intelligent, does his homework on your case and will fight for you.
This review is from a person who hired this attorney.
Hired attorney

Our lawyer, D.Zane Swank has been our lawyer for about two years. He is an excellent lawyer and has won our case over land property. He has listened attentively to our issue, has studied the best legal route to proceed, and keeps on top of the situation.
This review is from a person who hired this attorney.
Hired attorney
See all reviews

I endorse this lawyer. Mr. Swank stepped in last minute for another attorney and handled the matter excellently. I was impressed at his willingness to travel wherever needed for his clients.

I worked with Zane for about a year in both family and a land dispute. As a practicing lawyer myself since 2002, I can say that Zane is competent, professional and an overall good person to work with. Zane understands the law and its intricacies and works to confidently and properly provide his clients with guidance as well as overall support. He is an advocate for them and loyal to them but always within the confines of the permitted law and is respected by other lawyers for this. As such, I endorse Zane and know that he can handle streamlined as well as complicated cases with the same diligence and dedication. Without any hesitation, I endorse Zane as a great lawyer that any client would be well worth their time and money to hire.

Mr. Swank is one of the brightest and most prepared attorney's I've ever met. Mr. Swank's level of commitment to his clients is first rate! When you combine his knowledge of the law with his passionate representation,; you get one very effective attorney.

I endorse this lawyer. I opposed Mr. Swank in a Restraining Order hearing and I was very impressed at his level of preparedness as well as his presentation. He was aggressive and relentless!

In my nearly 20 years of practicing law, I can count on one hand the number of lawyers I consider brilliant - Zane is one of them. When people think of trial lawyers, they think of someone who is quick on their feet and plays to win, and rightly so - we must be. But Zane's research and writing skills and his commitment to be better prepared than any other lawyer in the courtroom puts him in a rare class of attorneys. In addition to his legal skills, Zane has an MBA and the ability to analyze extremely complex businesses and transactions, making him ideal for divorces involving couples with multiple businesses, investments and other items needing valuation and distribution. The only reason I give him five stars is because this website won't let me give him ten.