Melinda Silk graduated from the University of Utah College of Law (S.J. Quinney College of Law) in 1997 with a Juris Doctorate.  While in law school, Melinda clerked for the U.S. Attorney's Office in Salt Lake City, Utah.  Upon graduation, Melinda moved to Lake Havasu City, Arizona working in Indian Gaming before moving to the Legal Defenders Office as a Legal Defender.  Melinda was recruited by Wachtel, Biehn & Malm and worked for the firm for a year before opening her own office in 2005. 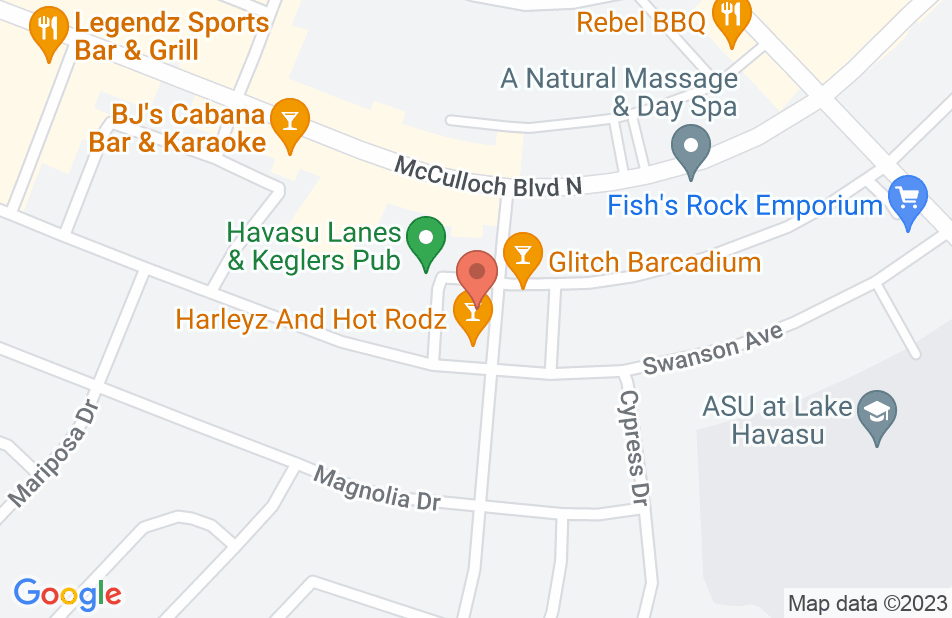 Melinda is a Rockstar Attorney

I was referred to Melinda Silk by a friend . And boy was my friend right about Melinda . I hired her for my divorce . Melinda and her staff was very helpful . They work as a great team. Melinda was on top of every aspect of my divorce. when it was all said and done I came out on top . She and her team Rock .
This review is from a person who hired this attorney.
Hired attorney

my wife and I are currently in a custody case for our granddaughter. We hired Melinda in January of 2018. We had been to see other Laywers in the area and after spending thousands to get nowhere we hired Melinda and her team. They are all top notch Melinda has assembled a team that do their very best, they give us sound advice and a fresh perspective.. they work hard for us and through her we received emergency custody of our granddaughter. They say that everything happens for a reason and the road we traveled to get to her was worth it. Melinda and her staff is an answer to months of prayer. We are very confident in her ability to continually present a valid case for us and bring us a favorable outcome.. we can not recommend her highly enough. 5 stars is not enough she would rate a 12. She and her staff are not just our attorney but feel like family. May God continually bless you and your staff.
This review is from a person who hired this attorney.
Hired attorney

Melinda Silk is an outstanding attorney . She has stood by my side and fought for myself and my son for years now . Her Demeanor in court speaks volumes of her professionalism and caring for her clients . Ms Silk and her legal team are at the top of their profession . Defiantly among the very best ! You couldn't ask for a better attorney to be standing next to you .
This review is from a person who hired this attorney.
Hired attorney

I feel that my case was handled in a very professional and personal manor. In my opinion the best attorney in the area. The staff is very friendly and also very professional . I would absolutely recommend Malinda Silk and will continue using the services of the Silk Law firm.
This review is from a person who hired this attorney.
Hired attorney

The best! Professional Diligent and Knowledgeable

I was referred to Mrs. Silk by a close friend and after my original consultation I immediately retained her services for my custody and relocation case. She is extremely attentive and forward thinking and both she and her staff did a fantastic job of guiding me through the preparation process. We were very well prepared and she helped me get ready for the trial through education and logic. The time we spent together in preparation for the hearing not only gave me the knowledge necessary but also instilled a level of confidence in me about our case. In such a gut-wrenching experience, it was a real pleasure to work with such a professional attorney that really cared more about the outcome of my case than the hours billed. I would highly recommend Melinda for any family law issue.
This review is from a person who hired this attorney.
Hired attorney

Melinda handled my divorce/custody case and on going issues for 5 years I couldnt have wished for a more knowledgeable Lawyer to handle the wide range of ploys the other side presented she gave fair and sound advice and walked me through the family court system.

Melinda was very informative and help me with my divorce. She was very understanding in dealing with all of the contested issues. Her aggressive representation led to a favorable outcome.

Ms. Silk is one of those rare lawyers and is not out to just charge as much as possible. She gives you advice for what is best for you many times the advice is to save you money. She also truly cares for her clients

I endorse this lawyer. I have known Ms. Silk for over a decade. She has an excellent reputation in the community for her professionalism and diligence. She focuses her entire practice to helping clients with divorce and family law matters.