Joseph has been practicing law since 1997. A graduate of Oklahoma City University School of Law, with honors.  He attended Brigham Young University where he received his Bachelors Degree.  Joseph is licensed to practice law before the Federal Ninth Circuit Court of Appeals in San Francisco, California, and the Federal and State Courts in Arizona.  Joseph has also appeared and practiced before various Indian Tribal Courts.

Joseph has concentrated his practice in litigation focused in Family Law, Criminal Law, Civil Litigation, Personal Injury and Probate. Since Joseph started practicing law, he has handled many jury trials over the years in Maricopa and Pinal County. 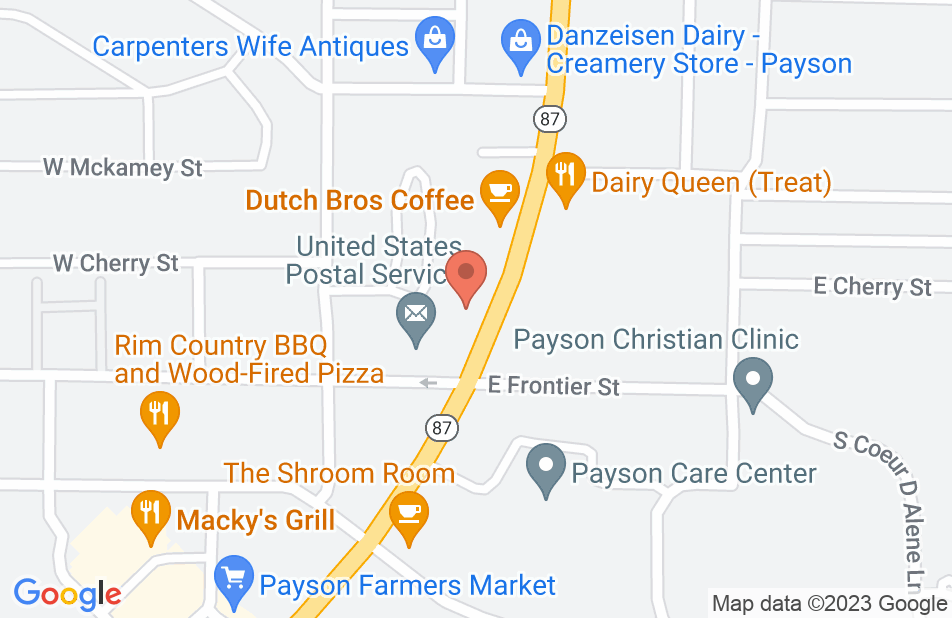 Excellent practice. Really nice people and very assertive when it comes to business law and complex cases. They did a wonderful job and I won't hesitate if to contact them if I ever need legal advise in the future.
This review is from a person who hired this attorney.
Hired attorney

I was very pleased with the information I received about wills and trusts. I was worried about this topic and found them to be very knowledgeable and friendly. I cannot complain and was happy with my experience.
This review is from a potential client who consulted with this attorney.
Consulted attorney

Joseph Collins has been helping my husband for over three years now. Mr. Collins helped him receive medical treatment, finances and support after a work related accident that left him with a traumatic brain injury. Nobody was willing to listen to us or help, but Mr. Collins offered support and worked immediately to learn about all that had happened to my husband. It is because of him that my husband has started getting help. Mr. Collins is quick to return phone calls or respond to messages. He is honest and kind - even when he has to tell you what you things you don't want to hear. We appreciate his continued service and would recommend him to anyone seeking help. He has great staff members that are always friendly and quick to help.

Joe Collins has been my attorney for 6 years now. I have contracted his services for family law and for advising on a criminal act perpatrated by a family member against my dependent child. Joe and his father Bob Collins have been excellent assets throughout my family court proceedings that were complex and lengthy. Joe Collins is well known in the family court system being both knowledgeable of the other litigating attorneys, and the judges that rotate on and off the bench. An added perk was that Bob Collins has a police background and he is skilled in the analytical methods used by law enforcement. I prevailed in my lengthy court proceedings because I had an excellent, savvy, cost effective, tenured legal team representing me and the best interests of my dependents.

Mr. Joseph did a wonderful job at all my cases since we knew him 15 years ago, he is taking care of all my needed advice all the time, we do ask for his advice day and night we never hear a complain at all. He pulled me out of a major problem that I put myself in.

Joe was very thorough and helpful when we adopted our daughter. She is a Mexican National which made the process that much more difficult. The process was long and very difficult, however Joe made the process go by smoothly and quickly, always keeping us informed and up to date on the current issues. I would recommend this law firm.

2nd Worst decision in my life

Joe Collins was a big mistake to me and my daughter .Mr Collins failed to present 90% of the evidence I provided to him, and that he charged me for. Mr. Joe Collins sent suppena to wrong address, failed to obtain police reports,let the opposing party break the parental agreement on numourous occasions, with no response , I complained to his staff about misspelling words on legal court documents said they will be fixed never were. Only submitted 4 pictures of evidence when there were 30 + to me Mr Collins was just another day for him in his office. He didn't care about me or the safety and well being of my daughter. All he did was made my life for me and my daughter a living hell which we will rebound from.I heard the careless verdict from the family court judge(which I can't blame the judge she can only make decisions that was submitted and presented to her) from opposing party not from my lawyer Mr Joe Collins seems like a great guy but a horrible lawyer in family court. Mr Joe Collins remark after the verdict was The judge didn't believe you well it was your job to back up your client so the judge could make the right decision .... If you have a family matter I pray that you retain a different lawyer besides Mr Joe Collins from Collins and Collins your family deserves better please think twice with this firm .....Hope your issues don't turn into disaster like mine did Good luck and God bless ya
This review is from a person who hired this attorney.
Hired attorney