"We'll get you through it."

Attorney Trail T. Potter began his career in the IT and Dot-Com boom of the late 90’s in southern California. There he learned the art of negotiation in developing business transactions that involved complex transactions from a variety of companies. In his second career as an Attorney, Trail applies those skills to conflicts and problems that affect families and individuals who feel overwhelmed by legal problems.

Trail graduated from McClintock High, and received his BA from ASU – so while he studied Law in Texas, when it came time to open a private practice, Trail returned to Phoenix. The desert has been his home, even when he was as far away as The Philippines.  We serve clients primarily in Maricopa county, but will take on cases outside the Phoenix area for those clients who need our services. 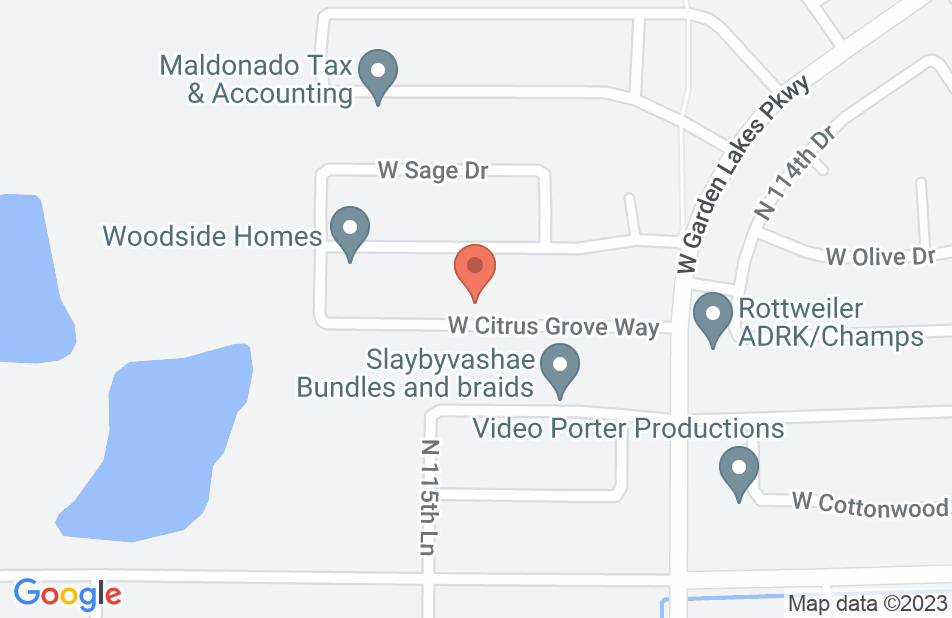 Trail and Don were great to work with! Did a great job at returning phone calls and keeping me updated throughout my case that they were working on for me. I would highly recommend them to anybody who is looking for a great team of attorneys to represent them!
This review is from a person who hired this attorney.
Hired attorney

Trail handled things with discretion and professionalism, and he explained things every step of the way. He is approachable and he always made time to help me understand the case.
This review is from a person who hired this attorney.
Hired attorney

Trail is really an amazing attorney! He has covered many areas of law and is great and obtaining amazing results for his clients. I have personally referred clients to him and his paralegal and they make an amazing team. Whenever in a bind, I call Trail and his paralegal and they get the job done! Clients have never been happier with the "modern" way of handling a large volume of clients. HIGHLY recommended in the personal injury, family and civil areas.
This review is from a person who hired this attorney.
Hired attorney

He was amazing with dealing with me, up to date on his info and the case and he will not let you down. I retained him in civil case and he defended me against false claims against me and he won. Thank u for everything you’ve done tonme
This review is from a person who hired this attorney.
Hired attorney

I was in a DCS dependency case that started in 2014. after getting nowhere with a public defender for 18 months, I found Trail and Potter Law Firm. Things got very difficult for me and DCS took me to trial to sever my rights to my son. Potter Law Firm worked with me and supported me throughout. When I was certain I would lose my boy forever, Trail and Lisa gave me access to Justice, mental and emotional support and help I could have never gotten from a court appointed attorney. They worked with my budget and after a 12-hour Severance trial, I got my life back. With DCS in Arizona the cards are often stacked against you. It is imperative to have an attorney that will dedicate time, energy and resources to your case and Potter Law Firm is it. I am so grateful to Trail and Lisa, they saved my family.
This review is from a person who hired this attorney.
Hired attorney
Trail Potter's response: "We'll get you through it."

Potter law firm will forever be my family lawyer. Mr.Potter provides his advise based on his expertise and has been right on for my complexicity of family situations having to take one legal turn after another. In addition, his paralegal, Mr. Burns had been tremendous to work with on my personal injury case. This law firm truly understands your needs and cares for you like family, and most importantly they listened! Listening to my needs, my wants, my expectations is very important to me as client and they have yet to fail me. If you are searching for an honest and caring family lawyer, Mr Potter is your guy!! Thank you Potter Law Firm!
This review is from a person who hired this attorney.
Hired attorney
Trail Potter's response: Thank you. Potter Law Firm provides legal services with an Access to Justice philosophy. Contact us. "We'll get you through it."

He did a wonderful job, got my settlement and me paid.
This review is from a person who hired this attorney.
Hired attorney
Trail Potter's response: Thank you. Contact our firm. "We'll get you through it."

Gave me all my options in a car accident case that ultimately ended in a settlement in my favor even though I was the only person ticketed at the scene. I felt a little pressured into pursuing the lawsuit instead of settling, but I think it was just because they thought they could win and didn't want me to get short changed.
This review is from a person who hired this attorney.
Hired attorney
Trail Potter's response: Thank you. Whether it is personal injury, family or civil, Potter Law Firm is here to get you through it.

Mr. Potter did a wonderful job handling my divorce case even with coming in the middle of it. He and his team picked things up like they had been on board from day one, and got things moving in the right direction. They are very professional and yet friendly when dealing with such an emotional process and time. They made sure I understood my options every step of the way and kept me up to date on what was going on with my case. I highly recommend them for any family law case you might be having to deal with.

I was a client of trail potter and he was very uneducated on family law in AZ since he moved from another state my mom paid him up front and was given advice to not cooperate with DCS. When in court the judge would not let him represent my mom since he was not certified or didnt get motion of change of council in time. Now my daughter is lost to the system dcs because i was advised to sign rights off so my mother could adopt her. And before adoption finalized dcs came to her school and took her and havent seen her in a year. Trail wouldnt even file the appeal so i had to and by time i figured out how to do it my time frames werebout of date.
This review is from a person who hired this attorney.
Hired attorney