Amanda Jones Johnson grew up in the Bootheel of Missouri. After college in Jonesboro, Arkansas she moved to Seattle, Washington to attend law school in 1999. In a Legal Writing class her second year she met her future husband and after graduation they opened a law practice together in La Conner, Washington.

When he left the practice she opened an office in Mount Vernon, Washington. She worked in Estate Planning and as a Guardian ad Litem for Allegedly Incapacitated Adults, eventually receiving so many Family Law referrals that it became her primary area of practice.

In 2018, Amanda closed her Washington office and moved to Phoenix. She was admitted to the State Bar of Arizona and eventually joined the Law Office of Carrie Wilcox. She continues her advocacy in Family Law as well as her work in Estate Planning. In her spare time, Amanda and her husband enjoy hiking with their dog. Amanda also cooks, including recipes she learned in Bangkok. If you schedule an in-office consultation you can see her collection of race medals including some from her new home in Phoenix. 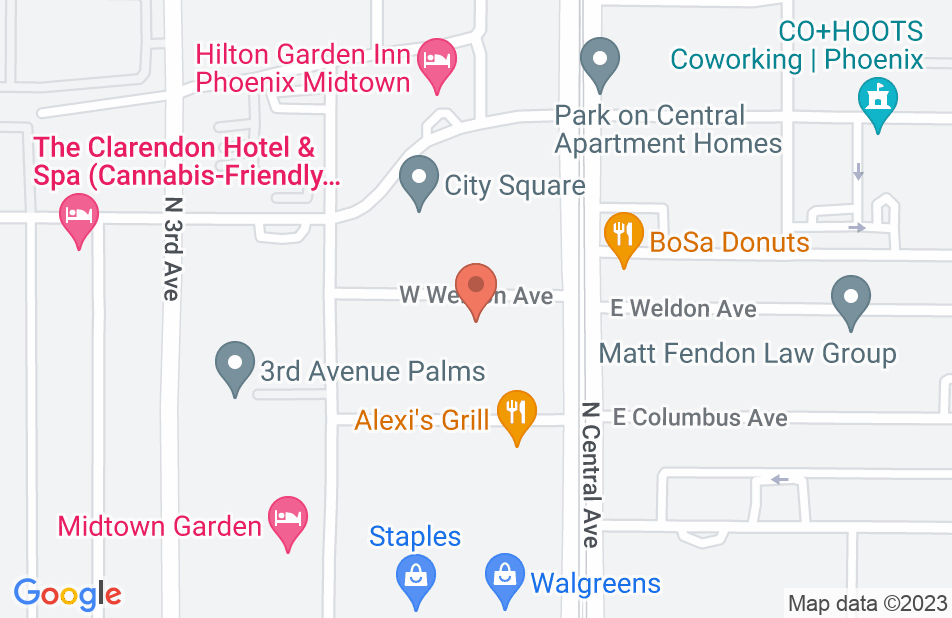 Ms.Johnson was very understanding and easy to talk to. She helped to settle things fairly and avoided costly battling over petty issues. She was very efficient and no nonsense which made the process much easier. She explained what needed to be done and helped me make informed decisions to achieve my objective. She was able to guide me through a difficult situation and reach a reasonable outcome so I could be in a solid position to move forward.

I had a collections notice from something I did not owe, and was so worried it would ruin my credit. I had gotten nowhere with the company, they just wanted money. Amanda contacted them on my behalf stating the law and the facts- I had a notice they were closing the claim within a week. I am so thankful for her prompt and professional attention to a matter that really had me nervous.

My young children live in Sweden with me and they went to visit their father in AZ on summer break 2019, and he never returned them. We had a written agreement for their return and we did at this point already have an ongoing court case in Sweden. I applied for a Hague Convention case with the Swedish Ministry for Foreign Affairs and I hired Amanda to represent me in AZ to get my children back. I knew from the start that I could not have gotten a better lawyer. Amanda and her team listened to me, asked the right questions and I felt that she really cared about me and my children. Amanda is persistent, my case was not an easy one, she worked hard and never gave up. Amanda knows what she is doing and she is easy to work with. I sat in Superior Court in a language that is not my native tounge and she made me feel that I could do it, and I did. And we won. She helped me bring my children back home and I will be forever grateful. You can not get a better lawyer.
This review is from a person who hired this attorney.
Hired attorney

An angel in the legal system

Wow. If I could give Amanda more stars, she would get all of the stars! My divorce was a doozy and had quite a few bumps along the way. However, for a case involving relocation of a minor child, out of state, request for full residential and legal custody, she fought concise and she fought hard. The details around my case were tricky to navigate, given the petitioner’s history and manor, but 229 days later, and a mere 141 days after hiring her (with the delay being that of an uncooperative petitioner) my final divorce decree was signed, sealed and delivered. Thank you Amanda for your diligence, respect, and support through this battle. I am confident that I picked the best lawyer for my divorce case.
This review is from a person who hired this attorney.
Hired attorney

I endorse Amanda. Amanda and I represented opposing parties in a recent divorce. We were able to work together to come to mutually beneficial outcomes for both of our clients. She was very knowledgeable and did a fantastic job advocating for her client throughout the process. She has a vast amount of knowledge of family law and a great demeanor when dealing with opposing counsel.

Patrick Kwan, Divorce and separation Attorney on Apr 21, 2017
Relationship: Worked together on matter

I consulted with Amanda about a divorce matter for a client and she was knowledgable, strategic, and well versed in the matter. I plan on continuing to consult Amanda for advice regarding family law and estate planning.

I endorse this lawyer. I have known Amanda both as a friend and professional. She is very adept in family law and estate planning. Amanda listens to clients needs and is great at obtaining resolutions to many difficult situations. Amanda has a very thorough understanding of the law and has good presence in court.

I have had the opportunity and pleasure to work with Amanda. Not only is she knowledgable about the law, she is extremely easy to talk to and energetic. Amanda's wide knowledge of varying counties rules is highly impressive and a task that I know takes time and diligence. Amanda shows great commitment to her client's, which is needed, especially in the area of family law. I would not hesitate to recommend Amanda to anyone needing a family law attorney in her area.

I endorse this lawyer. I've known Amanda as a lawyer and friend for many years. She is a hardworking, smart, and cares about her clients and cases.

Amanda cares about her clients. Unlike many other attorneys who look at clients as billable hours, she is actually focused on wanting to help her clients through a difficult situation. She communicates well and is a calming guide for clients.

I highly endorse Amanda Johnson. I have worked with Amanda in the past on various legal matters and she is always well prepared and a strong advocate for her clients. Amanda also really cares for her clients. I highly recommend Amanda for legal representation.

Sloan Johnson, Divorce and separation Attorney on May 6, 2010
Relationship: Fellow lawyer in community

Many lawyers shy away from difficult divorce cases. I have been impressed by Amanda's professional and unflappable handling of family law issues. She can be patient and understanding at the same time as she is aggressively advocating on behalf of her client. This is a rare find in a litigator. Amanda is also adept at estate planning. She makes it a priority to help her clients decide what they want their legacy to be, then helps them implement their plans. Amanda makes her clients comfortable and ensures that they understand the entire process.