Samantha is the founding attorney of DuMond Law, PLLC. Her passion for the legal field started at an early age and has grown stronger over past decades. “I believe in serving the under served and giving a voice to those who are not being heard. Every one should be able to afford the legal representation of their choosing and have the best possible legal defense regardless of their past or current situations.”

Samantha’s education began in upstate New York where she was born and raised the small town of Amsterdam.   Amsterdam was not known for having a high graduation rate. However, she beat the odds when she graduated from high school with honors at the age of 16. She continued on to major in Business Management at the University of Phoenix earning a Bachelor’s Degree in Business Management while also earning an Associate’s Degree from Schenectady County Community College in Aviation Science. A few years younger than most of her peers, Samantha began law school in the Fall of 2010. She participated in an accelerated program and graduated cum laude from Phoenix School of Law (now called Arizona Summit School of Law) in downtown Phoenix, Arizona in the Fall of 2012.

During law school, Samantha was a Managing Editor of Law Review, participated in a Summer Abroad program studying International Criminal Law with Creighton University School of Law, and volunteered with the Arizona Justice Project at Sandra Day O’Connor College of Law. Samantha received various CALI awards for excellence in Evidence and Civil Procedure. Aside from her rigorous course schedule and studies, Samantha also worked full time as a contracted Law Clerk for a Trust & Estates Firm, a Criminal Defense Firm, and a Civil Litigation Firm. She also worked part time as a Bail Bond Agent on the weekends.

After graduating from law school and passing the Bar in February of 2013, Samantha’s husband was activated as part of the Army Reserves. Samantha continued to work as a contracted Law Clerk with firms in the Valley while she stayed home to be with her newborn son. When her husband returned, Samantha finished her license application and started DuMond Law, PLLC in April of 2014.

During her time as a practicing attorney, Samantha has been a fighter in the court room and an advocate for her clients. Nothing holds her back from being in the courtroom and being available to her clients. She has since had two more children and was still practicing and managing DuMond Law throughout both pregnancies. Her office is filled with pictures of her adorable family and the walls are adorned with certificates of her accomplishments.

She is a firm believer that with enough support and guidance, anyone can achieve their goals if they set their mind to believe in themselves. As a lawyer, Samantha is there to provide the support and guidance through any legal battle to help her clients reach their goals for their future. She believes that the struggles her clients are in today is developing the strength they need for tomorrow. 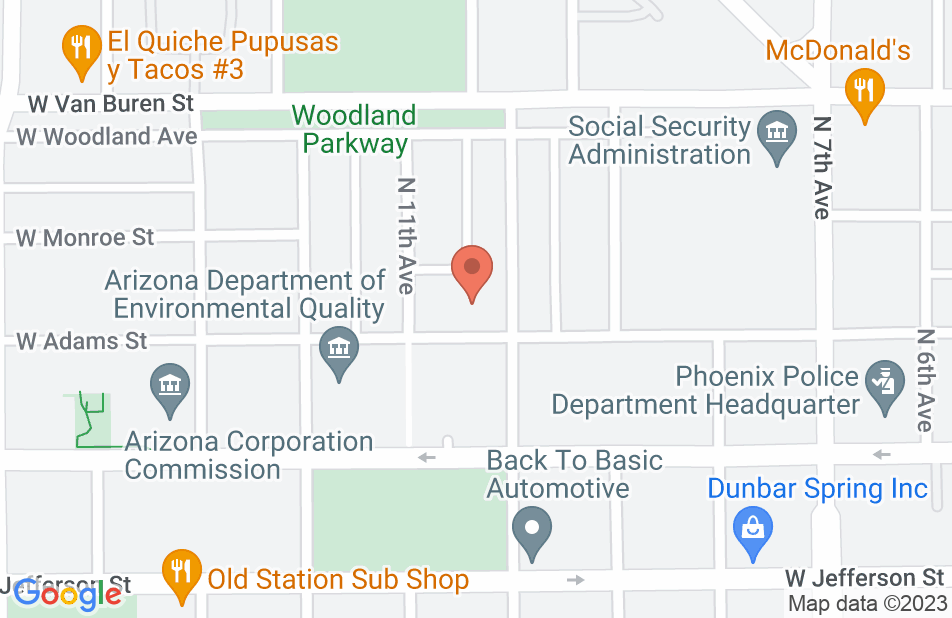 My son’s defense council misrepresented him which resulted in his lengthy prison sentence. Luckily, we were able to obtain council from Ms. DuMond and her associates. Consequently, his sentence was substantially reduced. I can’t thank this team enough for helping us. They were courteous, efficient, and most of all caring. We were kept abreast of all things important. We were treated with dignity and the biggest difference is that they played a major part in helping to change a man’s life. Thank you all so very much!
This review is from a person who hired this attorney.
Hired attorney

I apoligize for using Samanthas dite again. But could not enter Mohamads site for some reason. He did an excellent with my auto accident case, and as I said before would recommend them.
This review is from a person who hired this attorney.
Hired attorney

I hired Samantha to see over my drug case and not only was she there for every single court date, she had a well thought out plan for my sentencing. She created an amazing summary that my judge actually commented on and applauded her for. She always kept me in the loop with her strategies and kept me up to de And completely kept me up to date via text and email about all up coming court dates. She was Affordable, compassionate, loving and efficient. I highly recommend her to everyone in any sticky situation.
This review is from a person who hired this attorney.
Hired attorney
Samantha DuMond's response: Thank you so much for your kind words! It was a pleasure getting to know you and I look forward to seeing your many life achievements.

Samantha is a very good attorney, a very friendly helpful staff. Kept us well informed and included in process. Would recommend her to anyone who needs an attorney.
This review is from a person who hired this attorney.
Hired attorney

Will put her heart and soul into fighting for you!

Samantha is amazing! My Husband and I were referred to her by Jonathan Edgar who was incarcerated with my Husband and helping him with his case. Just when we thought we had exhausted all efforts to get my Husbands case the attention it needed (wrongfully convicted) He found a major flaw that other Attorneys neglected to find and helped him file a petition and actually got my Husband back into court which is where Samantha came in. She is very professional and you can see that she truly cares! Since she has been working on his case, she has also found many issues. She is so passionate about getting my Husband home to me as soon as possible. She's continued to do everything in her power to list facts as to in the injustices done in his case. It has been a long drawn out process since his case went back to court and she continues to fight hard for him and might I add hasn't asked me for a penny since my initial payment. My husband and I appreciate her and Jonathan so much. His case would not have made it this far if it wasn't for them! No matter how things play out going forward, I'll always know she did everything she could possibly do. And no matter what, with all she's already done, he will definitely be home much sooner that I ever could have anticipated.
This review is from a person who hired this attorney.
Hired attorney
Samantha DuMond's response: Monica! Thank you so much for this review. You are absolutely right that I will continue to do everything I can to get him home as early as we can.

Filing Deed Documents with the Court

I needed to file court documents to correct my deed after the death of my spouse. After a brief phone call, Samantha prepared the documents for my signature and filed them with the County Recorder's Office.
This review is from a person who hired this attorney.
Hired attorney

Dear Samantha, I wanted to personally thank you for all you have done & accomplished for me. Your professional work ethic, exceptional legal knowledge & genuine concern made all the difference in my case being overall successful. I will always be grateful for your expertise, tenacity & guidance. Your & your team’s ability to see the big picture, strategize & display a strong defense while representing me was outstanding. My family has commented many times how grateful and thankful they are that we had you & your in depth knowledge & wisdom in handling my case. Respectfully, Larry &Family
This review is from a person who hired this attorney.
Hired attorney

Samantha knows the law. She took my case the same day and had my warrent squashed super fast. She worked with my down payment and monthly payments. She also took time and traveled to Yuma twice and her specifics on my particular case were legit and she got me the best plea I could have not asked for a better one. If you have a criminal legal issue Samantha DuMond is the best.. Thank You DuMond Law!!!
This review is from a person who hired this attorney.
Hired attorney

she was cool and collective and she defended me with respect she is a smart lawyer I wish I had her when all this mess started. now I can live a happy life as a senior citizen I thank her law firm and summit law school and the V.A. for making this possible! thank you and happy holidays MR Robert
This review is from a person who hired this attorney.
Hired attorney

I have used Samantha for many different issues, she communicates very well with her clients and does not leave it to the paralegal to talk to me. Samantha has fair pricing and great representation.
This review is from a person who hired this attorney.
Hired attorney
See all reviews

Samantha is a great attorney that truly cares about her clients. I have worked with and for Samantha on many cases in multiple areas of law, including criminal defense, appeals, and bond forfeiture proceedings. Never afraid to accept a challenge, Samantha is passionate about learning new areas of the law. Samantha's knowledge of the law, legal writing ability, and creativity in legal strategy are some of her greatest strengths as an attorney. Samantha is not someone that will simply accepts the status quo; instead, she will fight for a result that makes sense and is not afraid to incite change to reach that result. I see Samantha as a great attorney, mentor, and friend.

I endorse this lawyer. Samantha knows the law and is very intelligent in representing clients. She is well-rounded and shows compassion to clients. She manages the firm very well and provides outstanding representation.

I endorse this lawyer. I had the pleasure of working with Samantha recently on a top-tier bond forfeiture hearing. Samantha is nothing but professional, capable, communicative, and with the requisite legal acumen to represent anybody in such a forum. It was our pleasure to work with her office and with Samantha.

I have known Samantha DuMond for about 4 years now. She was first a gracious boss, then a valued business partner, and all along the way she became a lifelong friend. Samantha is a self-starter. From business actitivies to all different areas of law, she lets nothing get in her way to learning a new area, fully understanding it, and providing quality representation. I have seen her handle probate matters, criminal defense matters, family law matters, civil matters, appellate matters, post conviction relief matters, and bond forfeitures. Her willingness to learn so many areas of law is grounded in her desire to help people in need. Samantha’s knowledge of the law is great, but her heart to help people is greater. When the law is not written in a way that makes the most sense, Samantha doesn’t just accept that, but instead she takes action to change and improve the law. She is an advocate for veterans, a leader in the field for bond forfeitures, and I am honored to work alongside her.

Samantha is dedicated to her clients, and passionate about her work. I have sent numerous referrals to her office and highly recommend her firm.