Mr. Cutler has 30 plus years’ experience having graduated from Brigham Young University’s, J. Reuben Clark Law School in 1989. Immediately following law school Mr. Cutler served as a federal law clerk for the Honorable Robert G. Mooreman, Chief Bankruptcy Judge for the District of Arizona. As a law clerk Mr. Cutler further polished his legal research skills and learned how judges view cases and what helps them make their decisions.

In 1995 Mr. Cutler took his clerkship and prosecution experience into private practice. First, with the law firm Cooper, Wetzel, Avery, and Lee and then in 2003 opening his own law firm, the Cutler Law Office, P.A. The Cutler Law Office, P.A. is primarily a criminal defense litigation firm, with an emphasis on the area of DUI defense. Mr. Cutler has had numerous jury trial in State and Federal Court along with numerous motions to suppress evidence and other motions. Mr. Cutler is also a member of the Federal CJA Panel and is appointed to represent people charge with federal crimes.

Mr. Cutler seeks to educate himself with frequent attendance at seminars on criminal defense, DUI defense and trial skills. Mr. Cutler has completed both the Student and the Instructor’s Courses of the National Highway Traffic Safety Administration (NHTSA) “DWI Detection and Standardized Field Sobriety Testing” and is a qualified practitioner and instructor of the Standardized Field Sobriety Tests. Mr. Cutler believes that knowing how law enforcement is supposed to do their job helps both in analyzing and preparing a case and cross examining the officer on the stand.

Mr. Cutler has also been recognized by his peers with an AV Preeminent professional rating by Martindale-Hubble and has a “Superb” 10.0 rating by AVVO.com. His clients have also given him the AVVO Clients Choice award for 2017 and 2018. Mr. Cutler also stays active in his profession by participating on the board of directors for the Idaho Association of Criminal Defense Lawyers and the Federal Defenders’ Services of Idaho and is the State Delegate for the National College of DUI Defense.

Mr. Cutler enjoys his work and helping people with their problems. He wants to put all his experience, education and skills to use in defending you and your reputation.

Mr. Cutler was born and raised in Long Beach California where he loved the outdoors, camping and backpacking. He now loves the outdoor opportunities Idaho has to offer and his 10-minute commute. He is married (33 years and counting), with four child, and four grandchildren (and counting). 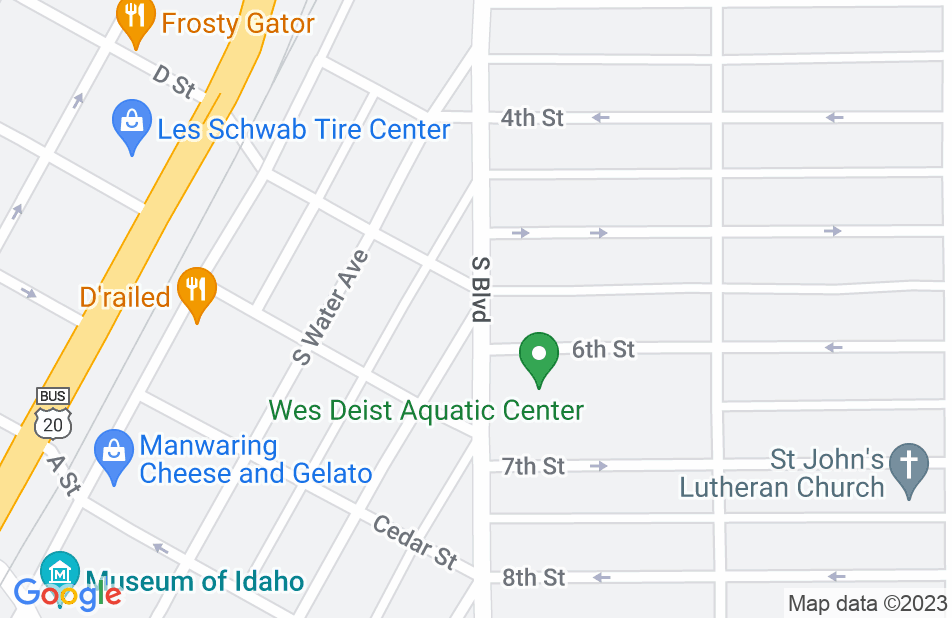 John is very experienced, polite, personable and knowledgeable. He has worked on the prosecuting side and now the defense side. He knows the local industry. He listened to me and my case facts, gave fair and experienced advice, and we made smart steps during the process. Ultimately, "my railroaded trumped up charges as an out of stater - my take", were reduced. I was given a reasonable fine and the case can be dismissed. Very fair and I am satisfied.
This review is from a person who hired this attorney.
Hired attorney
John Cutler's response: Ron - I really appreciate those kind words. It was a hoot to work with you and I am glad we were able to get things taken care of in a way that met your needs. Shauny, also appreciates your kind words that you sent her off line. I know hat she is preparing the paper work for me to have this matter dismissed at this time. I hope all goes well for you.

Mr. Cutler and his staff were a pleasure to work with. Mr. Cutler clearly knows his stuff. Passing through Idaho on my way home to California, I picked up a marijuana and paraphernalia charges during a routine traffic stop. The whole encounter with the officer shook me up, but I was confident after speaking to Mr. Cutler. He outlined all approaches and outcomes to the case and discussed the possibility of dismissal. Less than a month later, Mr. Cutler delivered the most ideal outcome, which was dismissal of charges. Mr. Cutler and his staff are professional, friendly, communicative, and fast. If you ever find yourself in a situation after an unpleasant encounter with law enforcement, I highly recommend you give Mr. Cutler a call before doing anything else!
This review is from a person who hired this attorney.
Hired attorney
John Cutler's response: Thank you for the kind review. I am always trying to help relieve the stress that comes with being involved in the criminal justice system and I was grateful that I was able to achieve a great result for you. I look deeply at each case to find the right strategy that will work for each client. I hope thinks go well for you moving forward.

I had a felony dui in which John did better than I would have ever expected. First, he spent hours just looking for errors in the video. That in itself is something no other lawyer would have done. Second, he got to know me as a person and of my past. He found that I am really a good person which made some errors. In all and all, he kept me out of prison, and I am so happy with the results. I get to see my children and be outside! I could not complain one bit for the outcome. I would be glad to pay more for his services. Well worth every penny!
This review is from a person who hired this attorney.
Hired attorney
John Cutler's response: Thank you Cameron for the kind words. I am so happy you are doing well and active with your family. It took some work but I was happy with the outcome too. Good luck in the future.

The best criminal defense in the state!!

I have had many criminal attorneys in my life time. John Cutler is the best!! I was facing felony drug charges with prison looking like the only outcome. John listened and studied my case and new every detail of my case. In the end i got only probation. John is very honest and his retainer was very reasonable. Douglas M.
This review is from a person who hired this attorney.
Hired attorney
John Cutler's response: Thanks Doug for those kind words. It was a pleasure working with you. I am grateful for how things turned out and to get to know you. I think your future is bright. Keep up your good work.

John did an outstanding job. He cared about me and my case. He is very knowledgeable and used his experience to get my charges dismissed. I highly recommend Mr. Cutler to anyone. Thank you John for all you did for me.
This review is from a person who hired this attorney.
Hired attorney
John Cutler's response: Thanks Paul. I enjoyed working with you and I was glad we found the suppression issue that caused the case to be dismissed. I wish you the best moving forward.

I got a traffic citation and John took care of it with with a great result. No fuss, no drama, he took care of it quickly in a professional, straight forward manner. John knows the system and he knows his business. He and his staff are courteous, friendly, and they follow through to the end. No half effort or mediocrity here. If you hire John, you won’t be sorry.
This review is from a person who hired this attorney.
Hired attorney
John Cutler's response: I really enjoyed talking to you and working with you. I am glad we could get a result that was helpful, that is always my goal and hope. I really appreciate the review. Hope you have a Merry Christmas and a Happy New Year!!

John Cutler has represented my family for years and we have never been disappointed with his expertise and legal advice. He’s one of the few who cares and will go the distance for you—you never have to worry because he always has his best interest at heart! He is an amazing attorney who will get you the best deal possible or win your trial either way—excellent man in every way and I recommend him to all!
This review is from a person who hired this attorney.
Hired attorney
John Cutler's response: Thank you Roxie for those kind words. I was very happy that we were able to get a favorable result on your case.

Mr. Cutler helped a young member of my family during a trying time. His expertise and personal communication was just what we needed to steer through the court process. A favorable result was reached due to Johns examination of the facts and extensive experience with the law.
This review is from a person who hired this attorney.
Hired attorney
John Cutler's response: Thanks Craig. I appreciate the kind words. I believe the future is bright for your family member.

Mr. Cutler and his staff are amazing. They made this whole process bearable. Excellent outcome. Better than I ever imagined.
This review is from a person who hired this attorney.
Hired attorney
John Cutler's response: Thank you Christine - you were great to work with and thank you for the kind words.

I got a dui last October and he help get the case dropped down to a reckless driving great guy and I highly recommend him
This review is from a person who hired this attorney.
Hired attorney
John Cutler's response: Thank you for the kind review. I am glad we were able to help.
See all reviews

As a former prosecutor I have had dozens of cases against Mr. Cutler. He always represented his clients zealously and professionally. He was always able to get good results for his clients.

John Cutler is an intelligent, diligent, and experienced defense attorney. Not only does he fight for his clients, but his ethics are above reproach. It is without hesitation that I endorse John.

John does a great job and is a great advocate for his clients. I recommend him.

James Lewis, DUI and DWI Attorney on Aug 1, 2015
Relationship: Other

John is well respected by his peers and for good reason. I recommend him with your dui/criminal case.

John is a great guy and a terrific attorney. We met as members of the National College of DUI Defense at Harvard Law School. DUI defense is a field that requires a level of constant learning that is unlike any other developing practice area. John is the consummate student --staying ahead on DUI trends and scientific analysis. I would heartily recommend John to anybody facing a serious DUI charge.

John Cutler is an intelligent, diligent, and experienced defense attorney. Not only does he fight for his clients, but his ethics are above reproach. It is without hesitation that I endorse John.

As a former prosecutor I have had dozens of cases against Mr. Cutler. He always represented his clients zealously and professionally. He was always able to get good results for his clients.