Raised on a family cattle ranch along the Bear River in southeast Idaho, Randy’s strong ethic for hard work and responsibility has translated into success as an attorney. He has long-held Martindale-Hubbell’s AV rating, awarded to attorneys whose peers rank their ethical standards and legal ability at the highest level. With more than three decades of experience, a deep knowledge of his core practice areas, and trust from the legal community, Randy has a proven ability to effectively and efficiently resolve legal problems that confront his clients.

Randy is lead counsel in the ongoing monumental water disputes between surface and ground water users across southern Idaho, representing several ground water districts made up of businesses, municipalities, and farmers that irrigate nearly a million acres. His results-oriented approach to solving legal problems, and his ability to sort through complex legal issues and focus on the things that matter, has enabled ground water users to avoid curtailment despite multiple threats, ongoing litigation, and the worst drought in recorded Idaho history.

Randy also enjoys the personal connections that are built through strategic business and estate planning. Over the years he has organized businesses and prepared estate and succession plans for hundreds of farmers, ranchers, small businessmen and families. He understands that the maxim “an ounce of prevention is worth a pound of cure” is especially germane to these events. 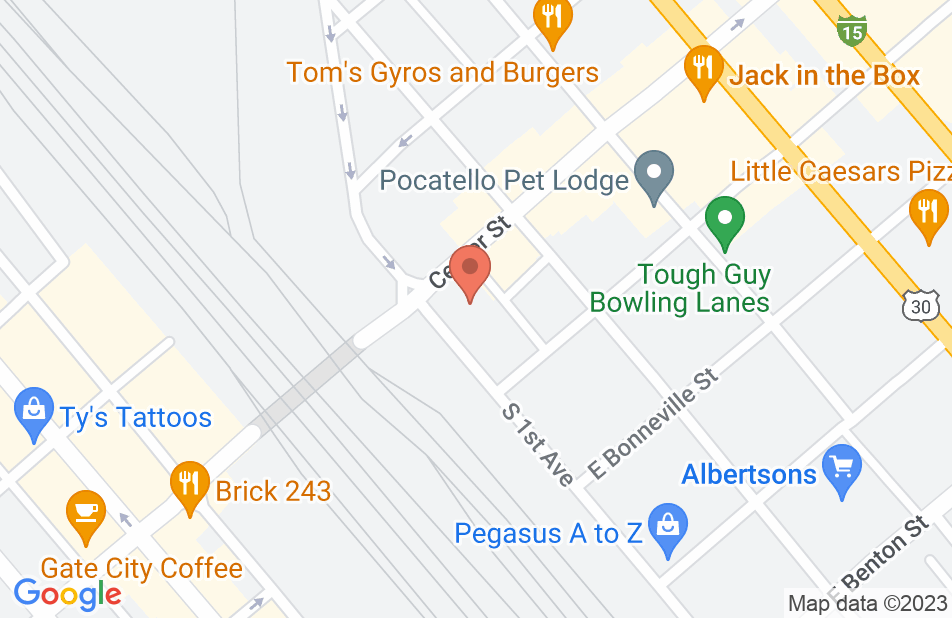 Randy is a very honest and knowledgeable attorney. He is also very detailed oriented. I have worked with him for a number of years. He is wonderful to work with and I would certainly recommend him.
This review is from a person who hired this attorney.
Hired attorney

We've hired Randy for some complex real estate transactions. I've found Randy to very effective, ethical and professional. He has the reputation as one of the best attorneys in real estate in solving adversarial issues with integrity.
This review is from a person who hired this attorney.
Hired attorney

In our eight year relationship and contract with Racine Law Offices, of which Randy Budge preforms the duties of Managing Partner, the City of American Falls has been exceptionally well served. The diversity of specialties within the firm's lawyers meets our every need. The firm's willingness to go above and beyond the expected has made my responsibilities as Mayor quite manageable. Their willingness to work one-on-one with our various departments has proven quite productive as well. It is without any hesitation that I highly recommend Randall Budge and the firm that he manages; they are Excellent, without question.
This review is from a person who hired this attorney.
Hired attorney

We continue to work with Randy Budge in regard to property and development related issues. He is thorough, articulate, an excellent communicator, and determined in his approach to reach a decision. We will continue to seek his advice.
This review is from a person who hired this attorney.
Hired attorney

An Attorney That Will Surpass Expectations

Randy is highly intelligent and very good at what he does. He has great attention to detail. Randy is very well-versed in business, agricultural, and water resource law, which is very helpful if you own a business or farm and need estate work, a will, or trusts done. He has done a tremendous amount of work for me and my family in various capacities over the last 24 years. Randy is very professional yet very personable. I am pleased with his confidence, his integrity and his credibility. He enjoys his work and it shows in the way he responds, the information he provides, and the professionalism he displays. He listens and understands your needs and develops a plan to fit those needs. I highly recommend Randy.
This review is from a person who hired this attorney.
Hired attorney

Randy has done a variety of work for our farm and always done a good job. Everything is done quickly and correctly, we have never had any issues.
This review is from a person who hired this attorney.
Hired attorney

Randy has been my attorney for 27 years. I am picky when it comes to legal matters, and if I stay for 27 years, that has to say something very good about Randy.
This review is from a person who hired this attorney.
Hired attorney

I've recommended Randy over and over again

Randy has been our family's attorney for many years. I've not only retained Randy to help with our family business, but I've used Randy and his firm in more than one complicated issues. I've never been disappointing.
This review is from a person who hired this attorney.
Hired attorney

Randy is a very competent and honest person, I would trust his advise, and have done many times. He is available and cares about his clients.
This review is from a person who hired this attorney.
Hired attorney

My experience goes back many years, estate planning, and also resolving litigation with the federal government. Our case was resolved, after a five year battle, in my favor. Randy is very competent and knowledgeable...i credit him with preserving my career and my sanity. Through the years i have had occasion to seek his professional advice, and he has been very forthright and honest in his answers, some which i did not really want to hear but that proved accurate...he is a straight shooter, honest and trustworthy. I will continue to seek his legal counsel and appreciate his professionalism and great service.
This review is from a person who hired this attorney.
Hired attorney
See all reviews

Many attorney's look to Randy as a mentor because of his experience, knowledge and practical approach to practicing law. He is hardworking and truly cares about his clients.

Randy is a great person and develops meaningful relationships with his clients and coworkers. He is a very experienced and talented lawyer with a creative legal mind, and he is able to efficiently resolve clients' problems without incurring great costs. Any client or coworker of Randy is lucky to associate with Randy.

As a lawyer and a father, I have been mentored by one of the best! I didn't realize how exceptional my dad is as a lawyer until I got to watch him at work.

I endorse this lawyer. I have known and worked with Randy for 24 years, and have never met a more knowledgeable person on water law and other agricultural issues.

Randy is a premier business lawyer in East Idaho. I recommend him.

Randy has a reputation for providing excellent service to his clients regardless of whether the client is an individual or large corporation. I highly recommend Randy.

I endorse this lawyer! Randy is not only a great lawyer but is also an outstanding mentor. Randy is knowledgeable, hard working, and a strong advocate for his clients. He is willing to share his knowledge and is generous in his help to other attorneys. Randy's practice is results oriented. He is respected by opposing lawyers and judges. If you need an attorney in the water law, business, or commercial areas, Randy is the attorney for you!

When it comes to personal estate planning, protecting your assets, and caring for your family, you can trust Randy to help you develop the best estate plan whether your net worth is millions of dollars or thousands of dollars. Randy is the best estate planning lawyer in the State of Idaho. Randy is personable. Randy's clients love him because he is down to earth. You will also find him to be fair in his billing practices.

Randy does many types of law and is excellent at all of them. He is perhaps the best water law attorney in the state of Idaho. In addition he handles wills and trusts. Very good lawyer.