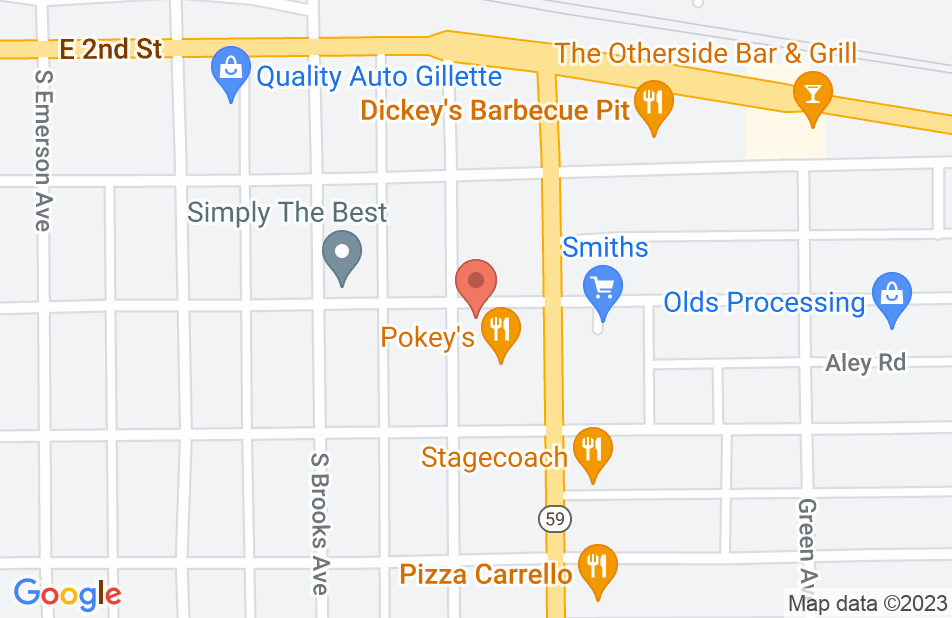 Found this gentleman through referral from someone who sought him out and ended up using him on Avvo, so we got on this site, found his contact info, were able to investigate his background and experience, along with what others have said about him. I found this site quite useful, well organized and very helpful. Thank you. After speaking with this attorney, however, we decided we will definitely use him, later. I found him to be quick witted, professional, didn't waist time, asked many questions, and was honest when telling me whether he thought it was worth my time and money to go forward with our action or not, I appreciated him steering us away from taking on a legal path, at the time, since he felt it would not have been a prudent investment, but rather we "should wait until the timing was right". He also addressed issues we had not yet thought of, so that makes me think he is a forward thinker. My family and I have found so many attorneys, who are more than ready and waiting, with their hands out and pocket books open, to take that initial payment, telling you in the beginning you're sure to "win" or you "need this done now", using scare tactics to force action; then once they have your money and cornered, they then tell you its a "50-50 chance" or "you really should've built up your case or portfolio, first, and then we could've handled this later", while quite happily, they'd already pocketed your cash. Instead, Mr McGrath was friendly in offering info that helped us avoid action, which we do not need to take on, just yet. Most important to myself and my family, he showed us that he had integrity and the intelligence to manage himself! He told me how it was, before we even gave him a dime. Then he offered a little free advice for later down the road, which he didn't have to do, That's how you build future clientele! Had we gone through with what we were thinking, I'm certain, it would've turned out like he warned. Thank you Mr McGrath for looking after our well being, without even knowing who we were or even seeing our faces, and for saving us time and money, for now. We would be pleased to use you when we are ready and you have, without knowing it, built up trust, for later, when we ARE ready. I would say this is a man you would want on your attorney team, since he is forward thinking, yet conservative and gracious. Apparently, Mr McGrath is one of the good ol fashioned and rare business pro's, who is honest, patient, and honorable in his doings!

I APPRECIATED THAT HE RESPONDED TO MY BASIC QUESTIONS FIRST AND FOREMOST, THOUGH I DID NOT CONTACT HIM, FIRST OR SPECIFICALLY, YET HE CONTINUED TO ANSWER THRU AND MADE IT EASY TO GET MY QUERIES ANSWERED... WITHOUT FULLY KNOWING MY STORY! HE SEEMS QUITE INTUITIVE, I FELT HE WAS BEING HONEST, THOROUGH AND OPEN WITH OUR FIRST COMMUNICATIONS. HE TOOK MY 1ST PHONE CALL AS COMPLIMENTARY AND WITHOUT CHARGE, THEN HE SAID HE WOULD LOOK OVER MY FILES WITHOUT CHARGE9AGAIN) AND WOULD COME UP WITH A PLAN FIRST BEFORE GETTING TO A FEE SETTLEMENT. I APPRECIATE THAT, SINCE MOST SEEM ONLY TO BE INTERESTED IN MONEY THE MOST! THE ONLY THING I WOULD SAY IS, HE IS SO VERY THOROUGH, IT KEEPS HIS SCHEDULE PACKED AND YOU MUST SCHEDULE OUT A LONG WAY. HOWEVER, WITH ALL THE ATTORNEYS IVE HIRED OVER THE YEARS AND WHAT IVE LEARNED, IS THAT THE BEST ATTORNEYS ARE ALWAYS VERY BUSY AND HARD TO GET ONTO THEIR SCHEDULES! ID GO WITH HIM OVER MANY OTHERS IN HIS FIELD IN WYOMING...THOUGH HE WAS NOT THE ONE CLAIMING HE WAS THE BEST OF THE FOUR WHO ANSWERED MY QUERY ON AVVO. HE SEEMS THOROUGH, CONCERNED AND GENUINE...AND ITS BUSINESS FIRST NOT MONEY FIRST, WHICH GOES A LONG WAY WITH ME! ID RECOMMEND A SERIOUS CONSULT...HE'S VERY EASY TO GET ON WITH, A VERY GENUINE CHARACTER!

Ryan is a great lawyer. Anyone represented by Ryan should consider themselves in great hands!

I endorse this lawyer. Ryan is always a pleasure to work with. He is diligent, honest and forthright. He does right by his clients whether in mediations or in trial.

Quentin Rhoades, Construction and development Attorney on Mar 7, 2018
Relationship: Worked together on matter

Ryan served as our sponsor on a pro hac vice appearance in Wyoming. He was instrumental guiding us through the local rules and context, and superb with technology. Obviously very knowledge. Prompt and attentive to detail.

Attorney McGrath is an excellent attorney in NE Wyoming. I had the pleasure of working in his office for a brief time. I have had several cases with him on the opposing side, and he has shown himself to be respectful, professional, and knowledgeable. He does a good job with his clients. I can always expect a reasonable conversation when I speak to Attorney McGrath. I endorse this lawyer.

I have had the opportunity to work opposite of Ryan on a contentious legal matter. I appreciate his knowledge of the law and excellent client control skills. Ultimately, Ryan is the type of attorney we all hope is on the other side of our cases because he is reasonable, responsive and well versed in his areas of practice. I would not hesitate to refer a matter to Ryan McGrath.

Attorney McGrath is a very knowledgeable attorney. He serves his clients well, and is quite knowledgeable on Wyoming law. I have have had the opportunity to work with Attorney McGrath on several business transactions as well as litigation where he is opposing counsel. He does a good job, and I endorse this attorney.