I am committed to providing thorough, effective, compassionate legal representation to my clients.

Richard Travis is the managing partner for Travis Law Group and is committed to providing thorough, effective, compassionate legal representation to all of his clients.  Over the 23 years of practicing law, Rich has earned a reputation as a tough, aggressive, ethical litigator. He is licensed in the states of Colorado, Massachusetts, and Maine.

Rich started practicing law in a small Boston firm. Then in 1993, he joined the Army’s Judge Advocate General’s Corp (JAG).  While in the JAG Corp, Rich provided legal assistance to soldiers and their dependents. He also represented Evans Army Community Hospital in cases involving medical malpractice. However, for most of his military career, Rich was a trial counsel and senior trial counsel.

In 1999, Rich and Wayne Anderson formed Anderson & Travis. Since then, Rich has represented clients seeking a divorce, legal separation, parenting time, child support, and maintenance. Over the years, he developed an expertise in high conflict divorce. Rich has also successfully defended soldiers in courts-martial and represented clients who were injured either by a collision, professional negligence, or unsafe conditions. Richard’s core belief is that personal injury cases are not just about money, they are about helping clients get better. Getting better should be the client’s first goal. Both Rich and Wayne have obtained million dollar settlements. Along the way, they have ensured that the clients received the medical care they needed and the guidance on how to manage the money they received.

In the wake of Wayne's recent retirement, Rich is taking the firm forward as Travis Law Group, to continue serving the clients that have come to depend on his expertise and performance as a stellar litigator.

For those interested in Rich’s education, he began his college career at the University of New Hampshire where he played football for the Wildcats. In the second semester of his sophomore year, he transferred to Bates College where he played football for the Bobcats and ran track. Rich graduated from Bates College in 1989, with a double major in history and psychology. Afterwards, he traveled to Delaware to attend Widener University School of Law in 1992. There, he was selected to the Moot Court Honor Society and the Trial Team.

Rich is also a member of the Colorado Trial Lawyers Association, the Inns of Court, and is the Chairman of the El Paso Country Family Law Bar. He lives in Colorado Springs with his wife and two children. He is an avid skier, mountain bike rider, and GS adventure rider.

On a final note, you are looking for an attorney because you or someone you love needs help. One of Rich’s core principles is that the attorney client relationship is a special relationship built on candor, trust, and communication. He will communicate with full candor about your case and requests that you do the same with him. Rich is committed to providing personal and meaningful representation to his clients. Each client is provided his personal cell phone number and is encouraged to call, even after hours or during holidays, if they have an emergency and they need to talk to him immediately. Rich’s approach to the practice of law and his commitment to his clients is why over 90% of his cases are from referrals. 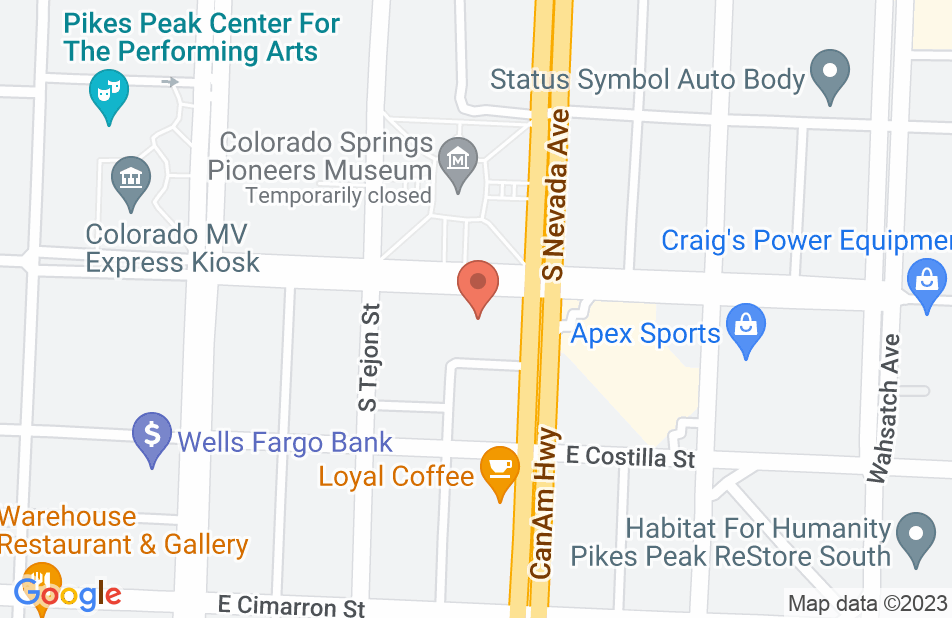 Set Up A Consult

Mr Travis, Dauna & his team were exceptional! From the very beginning of my case they made me feel at ease, listened thoroughly and explained in detail to what possible avenues I had as options. I was dealing with the worst time in my life with two young children and they were able to calm my nerves, help me understand the legal system and ensure that before every single court date I knew exactly what to expect and that I was FULLY prepared going into it. They were prompt in returning phone calls/e-mails and I never felt like a burden when I needed to discuss something. My case lasted nearly 18 months due to the nature of case and some on-going issues with the situation however I can honestly say I believe that the outcome of my legal peace of mind was directly related to that fact that I hired the right lawyer. In the court room it was amazing to see how truly prepared he was, he knew my case inside & out. He had notes but barely needed to use them. It was abundantly clear to that he is able to articulate and is well thought out in his stances. I am so thankful I hired him and plan to do so if I would ever need to need legal services again. I highly recommend him!
This review is from a person who hired this attorney.
Hired attorney
See all reviews

I endorse this lawyer. Rich's thoroughness, extensive legal knowledge, skill, experience, and desire to advocate to the best of his ability for each and every client has equipped him to provide exemplary legal representation to his clients.

I endorse this lawyer. Rich is an experienced attorney and litigator and fights hard for his clients.