Chris began his legal career as a prosecutor in Burlington, Colorado, eventually being promoted to prosecuting felonies in four counties across Colorado’s eastern plains, as well as managing the Burlington branch of the district attorney’s office for Colorado’s 13th Judicial District. In 2001, Chris moved on to the district attorney’s office for the 19th Judicial District in Greeley, Colorado and specialized in the prosecution of domestic violence cases, drug crimes and crimes against children. In February 2004, Chris joined Collins | Liu, & Associates, L.L.P. as a partner. Chris primarily practices in criminal defense and has handled cases ranging from DUI, simple assaults, felony assaults, drug crimes and sexual assault to murder. Chris is very experienced in conducting jury trials, having spent his entire career as a trial lawyer.

Chris has received the same training that police officers in Colorado receive in the area of roadside sobriety maneuvers used in DUI investigations, and he is certified in those maneuvers. Chris has handled hundreds of cases involving allegations of drunken driving throughout his career as both a prosecutor and as a defense attorney. Chris has recently expanded his practice to include bankruptcy, landlord-tenant disputes and trusts, wills and estate planning. Chris’s extensive experience in litigation provides valuable insight in assisting clients with needs in these areas.

In addition to having a busy and fulfilling family life, Chris is an active member of the community. Chris has been on the Weld County Bar Association’s board of directors since 2008 and has instructed high school teams at mock trial competitions in Weld County. Chris has received several awards for his pro bono work with indigent clients, and he enjoys teaching and instructing in the law. Chris has instructed on Fourth Amendment search and seizure law to the Colorado State Investigator’s Association and appears occasionally as a guest lecturer on search and seizure at local colleges and universities.

Chris is a native of the state of Iowa and graduated from the University of Iowa in 1994 with honors. Shortly after graduation, Chris fulfilled his dream to live in Colorado and moved to Denver to attend law school. Chris enjoys hiking in the beauty of Colorado’s mountains and bicycling with his family. 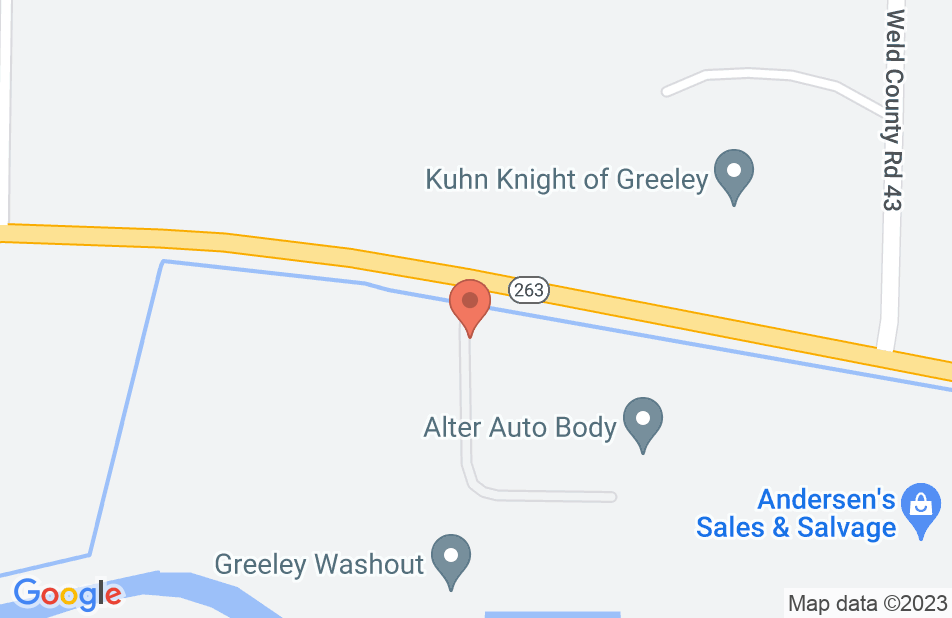 I was in a pinch. I mean I was in a lot of trouble. I went to talk to the DA without a lawyer and it was horrible. I hired Chris and he worked miracles, but what makes him so good is, that I thought I had a great deal and was happy as could be. It wasn’t good enough for him though. He definitely fights for his clients, and gets the best possible outcome.
This review is from a person who hired this attorney.
Hired attorney

Chris and his staff were extremely helpful in my case from the beginning. Helping me to understand what my options were and what each option meant along the way. The results of my case were very favorable for me. I would recommend Chris Collins to anyone looking for services that he provides.
This review is from a person who hired this attorney.
Hired attorney

Chris assisted me with a legal matter and I was very happy with every aspect of the experience. He took the time to make sure I understood the process, explained the law, and fully explored all of my options so I could make an informed decision. He negotiated a favorable outcome and I was very pleased with the results. He genuinely seemed to care about my case and I would highly recommend him to anyone in need of legal assistance.

Chris is a smart, compassionate and tenacious defender for his clients. He is a consummate professional and builds good working relationships with opposing counsel. His prior experience as a prosecutor gives him insight and leverage that directly contributes to better results for his clients. I would highly recommend him for criminal defense.

Chris is a very smart lawyer and a very compassionate person. The combination of these character traits create a tireless and zealous advocate for his clients. His clients are lucky to have him on their side.

I endorse this lawyer. Mr. Collins is exceptional at identifying the weaknesses in the prosecution's case. This allows him the ability to obtain an outright dismissal or in the alternative, the best plea agreement possible for his clients.

Chris is a fantastic advocate. I believe he actually gets to know his clients and looks out for them personally as well as professionally. I've worked with Chris many times and I've found him a pleasure to work with.

Great lawyer and good person. Chris really believes in defending those accused of a crime and works very hard prote ting them.

I endorse this lawyer. Chris and his team are amazing attorneys and we have successfully represented many clients together in Northern Colorado.