While my office in in the Lakewood/Golden area, I live in Bennett, Colorado.

My practice focuses on litigation of all types, including construction defects, personal injury, contract disputes, and insurance matters. I have represented both plaintiffs and defendants and have litigated cases through arbitration and in all levels of Colorado courts from county courts up to the U.S. District Court for the District of Colorado and the Tenth Circuit Court of Appeals.

I was raised in the small town of Plains, Montana in the mountains of western Montana. I obtained a Bachelor of Science degree in Sociology - Social and Criminal Justice from Montana State University in Bozeman, Montana, in 1990 and then attended the University of Minnesota Law School in Minneapolis, Minnesota obtaining a Juris Doctorate Degree cum laude in May of 1993. I passed the Colorado Bar Examination and was admitted to practice in Colorado in October of 1993 and was also admitted to practice in the United States District Court for the District of Colorado in 1993. In 1998 I was admitted to practice before the United States Court of Appeals for the Tenth Circuit. I have practiced extensively in both State and Federal Trial Courts in Colorado and have argued appeals before the Tenth Circuit Court of Appeals.

From 1993 through 2001, I worked extensively in the area of civil rights law, pursuing claims before Colorado State administrative bodies and in United States District Court for the District of Colorado related to violations of employee's civil rights, including race and gender discrimination, sexual harassment, and disability discrimination.

In approximately 1999 I began representing homeowners pursuing claims related to construction defects. My firrm, Murray & Damschen, P.C., was formed in March of 2002 to focus on representing home owners and homeowner associations (HOAs) regarding all kinds of construction defect matters including, but not limited to, damages from expansive soils, structural defects and damages, drainage defects, builder's failure to follow engineering recommendations or industry standards, water infiltration, mold, and defective building envelope systems. The firm also handles cases involving real estate transactions in which a seller's has failed to disclose known defects and damages.

Through my years of practice I have also handled numerous personal injury cases, including injuries resulting from automobile accidents, premises liability, negligent security and medical malpractice. I and my firm have worked extensively on insurance-related claims, including bad faith breach of insurance contracts. These cases have involved varying disputes from health care coverage to fire damage to businesses.

I have represented the interests of many individuals and businesses in contract disputes, collection matters and other litigation. I have also represents both landlords and tenants in various disputes.

In addition to my civil litigation practice with Murray & Damschen, P.C., I also accept cases as a Mediator. In January of 2007 I completed 40 hours of Continuing Legal Education training in the theory and practice of mediation. Since that time I have gained experience providing mediation service through various local volunteer agencies. While I mediate all levels of disputes, I offer services at a significantly lower fee schedule in smaller cases in order to encourage parties to mediate cases that may not otherwise be mediated.

I am a Christian and attend Mt. Tabor Baptist Church in Byers, Colorado. 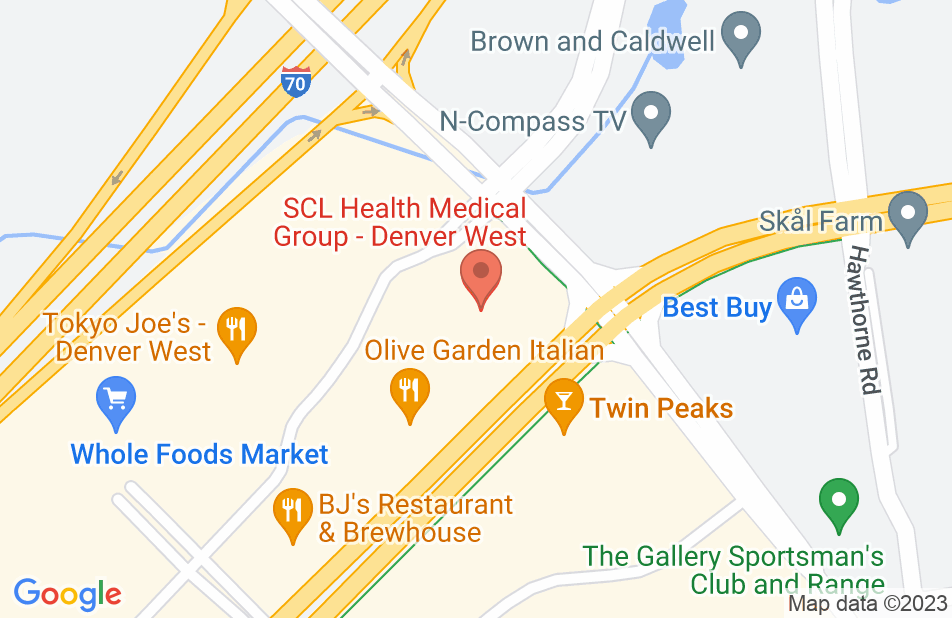 We highly recommend using Darrell Damschen as he fought, and won, a dispute for us over improperly installed siding on our home. We tried to resolve the issue ourselves without any results and when Darrell became involved he swiftly took action and organized the lawsuit. He was prompt, professional and courteous. We would definitely use his services again.
This review is from a person who hired this attorney.
Hired attorney

My wife and I hired Mr. Damschen to defend us against a complicated lawsuit filed against us by a reckless and negligent hardwood flooring contractor. Mr. Damschen initially provided us with free phone consultations and then we hired him to represent us. Mr. Damschen is personable, cordial and easy to speak with as he does well to translate legal jargon into common English. He was always well prepared and did considerable research to stay on top of the case. He was successful in getting a number of claims against us withdrawn or dismissed and ultimately put us in a good situation to address the true matter at hand which was complicated by the contractor's frivolous claims. In the end Mr. Damschen was able to get us in a position to make a very reasonable settlement offer to avoid further legal costs. We would highly recommend Mr. Damschen to anyone who is dealing with a construction defect or a contract dispute.
This review is from a person who hired this attorney.
Hired attorney
See all reviews