Successfully obtaining workers' compensation benefits is often a marathon, not a sprint. As a Marine veteran and Ironman triathlete, R. Mack Babcock knows all about the willpower and strategy needed in these marathon cases. Mack is an award-winning Colorado workers' compensation attorney in Denver and the founder of the Babcock Law Firm. He uses his extensive legal knowledge, experience and resources to help injured individuals and families get the benefits they deserve according to the law. He is committed to representing Coloradans, not corporations.

Mack was born and raised in Chicago. Just out of high school, he enlisted in the United States Marine Corps where he developed a strong sense of responsibility and duty during his 8 years of honorable active and reserve duty service. By the age of 21, he was quickly promoted and honored with a meritorious promotion to non-commissioned officer. He was also honored with a number of other awards — including a Navy Achievement Medal for superior performance of his duties.

Following his service to the Marines, Mack continued his education by pursuing a Bachelor of Business Administration in Finance from the University of Iowa. He then attended law school at the University of Denver, where he earned the highest grades in his Administrative Law and Basic Taxation classes and was a semi-finalist in the Hoffman Cup Trial Advocacy Competition during his final year. He graduated at the top 10% of his class and was inducted into the Order of St. Ives honor society.

While attending law school, Mack clerked for the Honorable Michael A. Martinez in the Colorado District Courts for the City and County of Denver. In addition, he gained valuable hands-on experience in the legal field early on by working for the District Attorney's Office for the 18th Judicial District, the Denver City Attorney's Office Employment Law Section, Anthem Blue Cross & Blue Shield and several small litigation firms.

After earning his JD and being admitted into the Colorado Bar, Mack joined a midsize insurance defense firm that represented several large insurance companies and corporations like Pinnacol Assurance, State Farm, Hartford, Sentry Insurance, Qwest Communications, Furniture Row and others. During this period, he gained formative experience as he learned how unfairly accident victims and their families are treated by the insurance companies and the industry as a whole.

He soon decided to take this knowledge and switch teams, choosing instead to fight for Coloradans by joining a premier plaintiff-focused law firm that focused on workers' compensation, personal injury and insurance dispute cases on behalf of individuals and families.

After gaining real-world experience, Mack struck out on his own to start his own firm so that he could focus on delivering high-quality legal representation to injured individuals. And so The Babcock Law Firm was born.

Because of his background as both an insurance defense attorney and a plaintiff's lawyer, Mack has a unique perspective and approach when it comes to helping injured workers in Colorado get the benefits they need to pay for their workplace injuries. Plus, as a former Marine, he has the grit, determination and passion to fight for his clients rights and never give up until he secures the best possible outcome.

Professionally, Mack is a member of several industry-leading legal associations such as the Colorado and Denver Bar Associations, the Colorado Trial Lawyers Association, the Workers' Compensation Educational Association, the Colorado Professionals in Workers' Compensation and the Workers' Injury Law and Advocacy Group (WILG). He has also been named a Super Lawyers' "Rising Star" for four consecutive years (2010-2013), a Colorado Super Lawyer (2019), and a Top Denver Lawyer by 5280 magazine (2015). Seen as an expert in workers' compensation law, he has been interviewed and featured by major publications like the Huffington Post and Enjuris.

Mack is a husband and proud father of two. Apart from vigorously fighting for his clients' rights and spending time with his family, Mack enjoys pursuing other passions like swimming, or running and biking on one of Colorado's many scenic roads and trails. He has competed in several marathons, road races and triathlons, including several half and full distance Ironman triathlons. He puts the same energy and dedication needed for triathlons into his work, helping his clients endure the marathon that often is securing workers' compensation benefits. 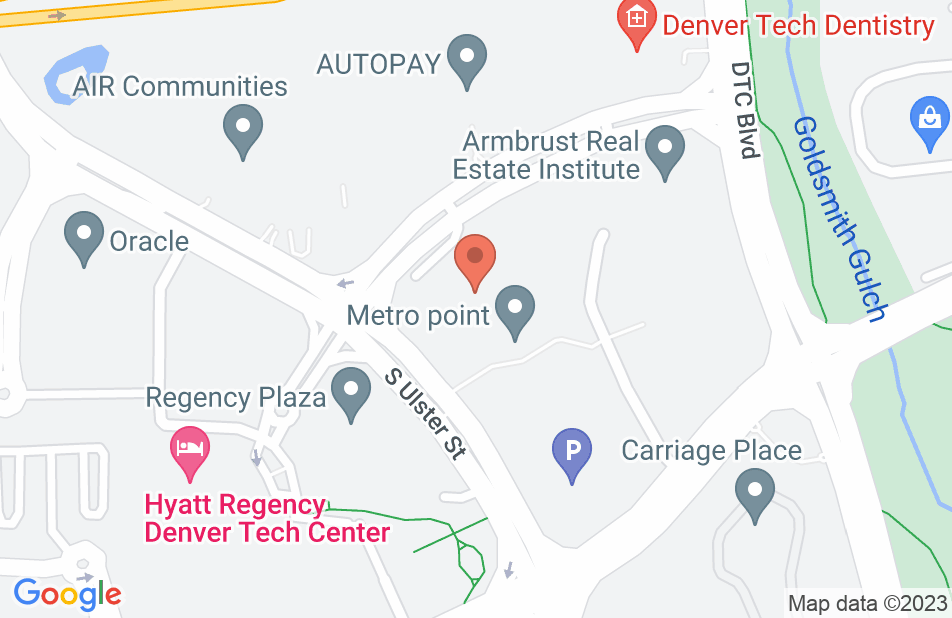 Not yet reviewed
Review Robert Babcock

Mack is a fantastic attorney and strong client advocate. He goes the extra mile in all his cases and I'd highly recommend him to anyone looking for a workers' compensation and/or personal injury attorney.

Mack is an excellent workers' compensation and personal injury attorney. He is very skilled and highly effective, both as a negotiator and in court. And as a former President of the WCEA, he was instrumental in several legislative changes that helped all injured workers immensely. Highly recommended.

Very knowledgeable and a good guy to boot. I endorse this lawyer.