Joe Whitcomb, a former United States Army Ranger, has dedicated his life and legal career to helping those in need. Backed by years of experience working with the Social Security Administration, Joe Whitcomb fights for disability claimants and Veterans with service-related injuries, who seek to obtain their rightful benefits.

Joe Whitcomb began his legal career as an attorney-advisor for the Social Security Administration for nearly three years, where he assisted the Administrative Law Judges in preparing and developing disability claimants' cases for their hearings. Joe Whitcomb continually exceeded the standards for writing a voluminous number of decisions on behalf of the judges, and he eventually began mentoring new attorney-advisors for the Social Security Administration.

Upon leaving the Social Security Administration in 2011, Joe Whitcomb began representing disability claimants before the SSA, using the vast extent of his legal knowledge to benefit his disability clients.

During law school Joe Whitcomb was a legal intern at the Rocky Mountain Survivors' Center and Rocky Mountain Immigrant Advocacy Network.  He was also a legal advocate at the Denver Safe House and has volunteered much of his time to mentoring at-risk teenage youths in various educational and recreational activities.

Prior to becoming an attorney, Joe Whitcomb was an Infantryman for the United States Army Rangers, where he was a member of the "Spearhead" element in Operation Just Cause and intelligence support during Operations Desert Shield and Desert Storm. Upon leaving the U.S. Army, Joe Whitcomb continued to serve his country as an Assistant Non-Commissioned Officer in Charge with the United States Air Force for three years. Joe Whitcomb then attended the University of Denver College of Law and graduated in 2007. Joe Whitcomb also has a Masters Degree from Troy University and a Bachelor of Science in Social Sciences from the University of Maryland. He is a member the National Organization of Social Security Representatives (NOSSCR), National Organization of Veteran's Advocates, Colorado Trial Lawyers' Association (CTLA), and the Colorado Bar Association.  He is admitted to practice in front of the Colorado Supreme Court, United States District Court for the District of Colorado, 10th Circuit Court of Appeals, US Court of Appeals for Veterans Claims (CAVC), Social Security Administration, and the Veterans Administration. 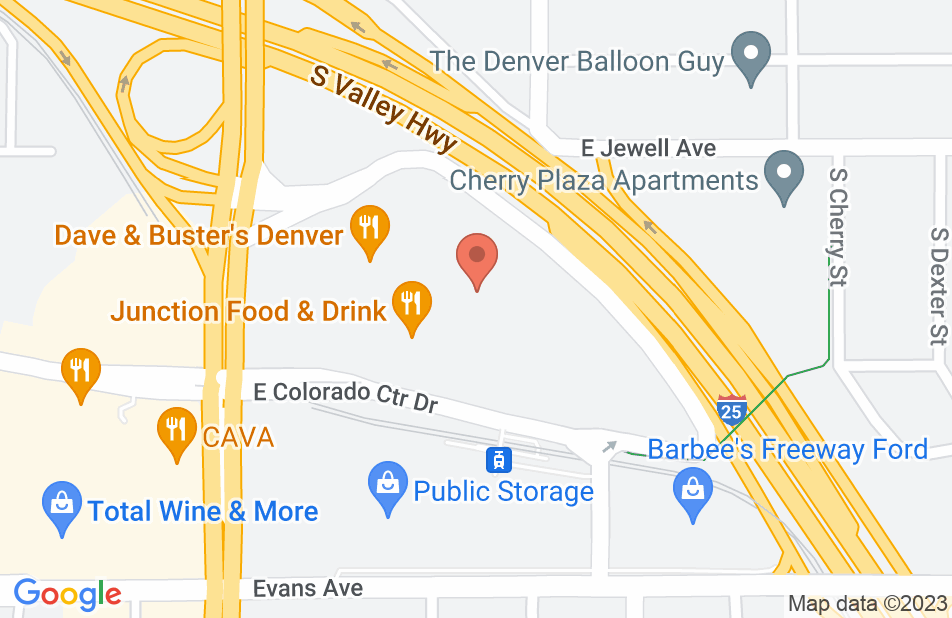 Best Attorney for the job!

Joe has worked very hard on my disability case. I requested Joe after I was denied my claim and has taken my case to the Federal level. I think he is the only Attorney that has to knowledge to work with Social Security at this level. I would advise anyone with a disability claim to hire Joe Whitcomb to represent them.

The best in the west

After trying to get SSDI for almost 4 years, I was with McDivvit law firm, what a joke. I believe my file was so dusty it was not even being reviewed. At that point I got a letter bad mouthing Mr. Whitcomb by Mcdivvit law firm and to disreguard any letter from a new company he had started. Well I am the kind of person to do the opposite. Called them and was fully rewarded. In less than 2 weeks. From another state, Fl. he was willing to fly out to help me. He listened to me cry rant and rave. I am proud to have gotten to know Mr. Whitcomb and have allready reffered 3 people to him. If anyone can Joe is your man. Thank you again Joe, you are the best. You care.

Rocky Mountain Disability Law Group helped me a great deal, I spent about four years trying to get SSI and within about six months of RMDLG working on my case I got it. I never spoke with Mr. Whitcomb, but the office, assistants Marty, Valerie, and Sarah, the attorney, did their jobs, have always been available, etc.
This review is from a person who hired this attorney.
Hired attorney

Don't know what this is. Client?

Picked up my case and immediately knew what to do. His office has been very responsive. An occasional call with status would be a good idea. I know it is a long waiting process, but it would be reassuring if I knew where things were.

Review for Joseph A. Whitcome

My initial impression of Joeseph Whitcome and the staff was that they we're very helpful, upfront and honest with me. I still think this is true. The advice I was given by Mr. Whitcome was easy to understand and helpful and I was able to follow through with his recomendantions. I have every reason to believe that my case will continue to recieve professional and complete attention. I am satisfied with the service provided by attorney Joeseph Whitcome.

Mr. Whitcomb/his firm are the most professional, knowledgeable, and responsive firm I have ever had the experience of working with. I feel very comfortable with them in every aspect of my case. I highly recommend their services.

Joe is on top of it. I've used him for years and he's always been great. He knows the ins & outs of his business, and always seems to catch the little mistakes the other side makes that box them into a corner. He's always kept me well informed and seems to think of the little things which always help with the case. When I first used him, he was partners with another outfit and when he left them to go on his own, I followed right with him because he's the man with the plan and knows what it takes to get the job done. He's never lost a case for me and I expect he never will. He's just got it all together and does what it takes to get the job done. He's worth every penny of his fees and doesn't drag his feet or mess around at all. He's top notch and I'll use him for all my cases because he's shown to me to be the right man for the job if you want to win. His briefs are scathing to the opposition and everything he does works so far! You da' man Joe!

my review for joseph

I tried to hire joseph to fight for me for va benefits. It was kinda slow at first. Both him, me, and you know the va is always soo slow. Any way we worked on it for approximatly a year or better and accomplished nothing. Then i was told to refile. So i think joseph could and would be good but it certainly did not work out for me.... thank you.. mr. Martinez

My relationship started with an email from the Whitcomb Lawfirm with the prestigious SDVOB emblem. As a veteran, I always invest in veteran owned businesses, but it bit me in the ass with Whitcomb Law. It started with a $1,500 dollar retainer which is normal. It ended with Whitcomb Law getting $2,500.00 of my money and nothing to show for it in a Civil Suit. My email is [email protected] if you want to know the story of why I would never recommend Whitcomb Law. All my money was spent on stupid conversations with 2 attorneys and a paralegal to start with and ended with NOTHING toward the company I was having a civil dispute with. They created a drop box for me to put all information in like contracts, documents, etc. This was supposed to save money and time. The problem is during follow-up calls they would ask me for stuff that was already in the drop box. I am meeting with a different attorney this week and will update on my progress with that law firm. Whitcomb Law made a mistake with me because if they had done a good job, I would have let them handle my VA Claim that is 4 1/2 years old instead of my VSO. I too am a Service-Connected Veteran Owned Business and would never screw another vet like they screwed me. They should change their name to The Milk Men Law Form, come to us and we will milk you dry of all the money we can before you realize we are not going to follow through!
This review is from a person who hired this attorney.
Hired attorney
See all reviews