Denver personal injury attorney Jerry Bowman believes in providing his clients with compassionate and dedicated personal attention. Having grown up on the east side of Detroit as one of seven children, Jerry learned early on about the principles of responsibility and accountability. While he maintained a very strong work ethic throughout his youth, Jerry truly cultivated his character when he attended Grand Valley State University on a swimming scholarship. For four years, Jerry competed at the highest level, breaking school records and ranking nationally.

Upon graduation, Jerry went to work for Congressman Peter Hoekstra in Washington, D.C. He studied political science throughout college and believed he wanted to be entrenched in the Nation’s capital, helping to change the fabric of America for the better. He soon learned, however, that he appreciated academia more than real world politics. Jerry returned to Detroit to attend Wayne State University Graduate School. In two years, Jerry received an M.A. in Political Science.

Jerry has long appreciated the idea that victims of personal injury require help. He understands that being in a personal injury can be overwhelming and extremely stressful. Jerry believes that when a person causes an injury to an innocent victim, that person must be held accountable.

Jerry takes his responsibility to the legal profession seriously and dedicates much of his time and effort to providing quality and competent legal representation to clients in Denver and throughout all of Colorado. He is proud to say he has made a difference in how society treats victims of personal injury. Jerry enjoys coming to work every day because he sees that his work results in something positive for people who experienced something so negative. He strives to make sure every client understands their inherent value. Every case is unique and every client deserves to be handled with respect and attention to detail. If he cannot personally assist in a matter, he will use that same dedication to secure the most qualified attorney for the job. 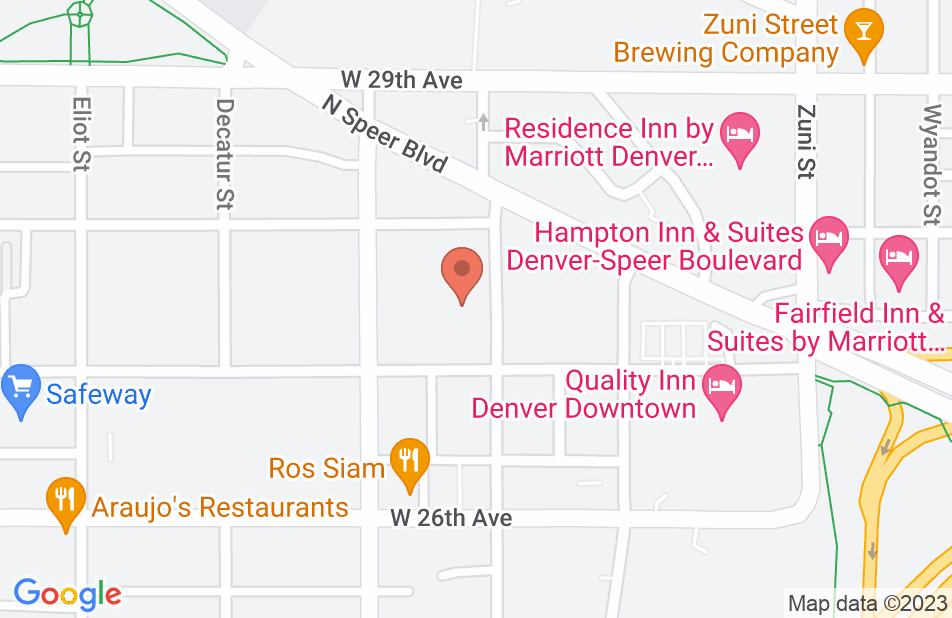 I fired two other attorneys, and had interviewed another before walking through Mr. Bowman's door. The other lawyers were either incompetent, weren't doing any work in my case, or unable to return phone calls. He was knowledgeable, kind, and understood the nuances of my case; and furthermore was willing to work to get me the settlement I needed. He was extremely capable, and after over a year of dealing with incompetence with other attorneys, and demeaning treatment from the My insurance angency; Jerry closed my case for the full amount available to me, he secured 714x's more than the insurance company's original offer. I would recommend Mr. Bowman 8 days a week.
This review is from a person who hired this attorney.
Hired attorney

Overall, a great and assuring experience with Jerry. I was referred to him by a friend who also spoke highly of him and the entire staff at Bowman & Chamberlain. Jerry actually cared about my case, was always available to speak, quickly answered any questions I had along the way and provided timely updates on everything. He was extremely knowledgeable about every detail and scenario and always laid out all options. Can't say enough positive things about working with Bowman & Chamberlain and would highly recommend them to anyone.
This review is from a person who hired this attorney.
Hired attorney
See all reviews

I highly recommend Jerry Bowman for anyone in need of a strong litigator. Mr. Bowman gets excellent results for his clients based on his strong knowledge of the law, his relationships within the legal community, and his work ethic. For personal injury cases, I would wholeheartedly recommend Mr. Bowman as someone you can trust to get the results you want. He is professional and will work on trying to negotiate a resolution, but is a strong advocate for his client's rights.

Jerry genuinely cares about his clients. He is a great personal injury attorney. Not only is he extremely intelligent, but he's also one of the hardest working attorneys I know. I definitely endorse this lawyer.

Jerry Bowman is a great personal injury lawyer. He truly cares about his clients and making sure they obtain great results.

Attorney Bowman is a great attorney that fights hard for his clients. His hard work, dedication and compassion toward getting his injured clients and their families positive results is evident.

Jerry is a smart, talented, and most importantly, caring lawyer who is dedicated to getting the best results possible for his clients. Jerry puts his clients first, regardless of the matter.

I endorse this lawyer. Jerry Bowman is a fantastic attorney. Hard working, compassionate and friendly -- he is a true advocate. Cannot go wrong with Jerry as your representative.

Jerry is a hard working and compassionate attorney who genuinely cares about his clients. He gets the results to prove it. I endorse this lawyer.

Jerry is a hardworking, determined, and tenacious attorney. I whole heartedly endorse this lawyer.

Jerry is an outstanding attorney with a unrivaled work ethic. Anyone looking for results should give him a call.

Jerry is a young and ambitious attorney...exactly what you would ask in your injury counsel. I've referred clients to Jerry in the past and will continue to do so in the future.

I went to school with Jerry, and I consider him to be a fine attorney.