You Can Trust Us to Listen to You, Advise, Take Care of You & Aggressively Pursue Your Best Interest

Attorney April Jones has practiced law for 29 years. You can trust her to listen to you, advise you, take care of you and aggressivley pursue your best interest. She  provides thoughtful, aggressive  client-centered representation for all family law and divorce related matters. If you are facing a child custody  case, divorce case, child support case, paternity matter or any other family law related case then you should consult with Denver divorce attorney April Jones today. She and  her staff at Jones Law Firm, PC will work fervently to provide your case with the best possible legal outcome. 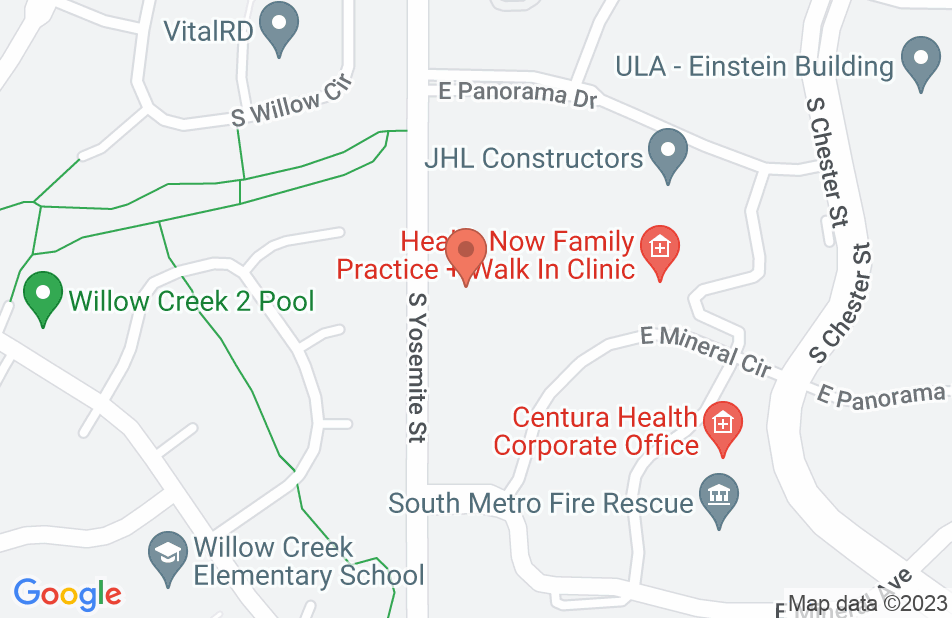 I did a web search in need of a family lawyer. After speaking to several over the phone and being told there was no hope for my case, I received a call from this firm encouraging me to come in and at least do a review. After sitting with them for 30 minutes, they were able to find a few loopholes and possible avenues and in only a few months had my case won. David Collins was my attorney and I have no doubt this gentleman has met his calling. He is smart, kind and does whatever it takes to advise you in the best possible ways and gives you hope. His team meets and reviews your case regularly so you get the power of a firm behind the attorney. The support staff is efficient, thorough and friendly. I have no words to begin to thank them for all they did and they are worth every penny. You can't do it alone, so why not have a valuable team in your corner. Highly recommend them!
This review is from a person who hired this attorney.
Hired attorney

I love April Jones’ Law firm. I have used them on several occasions and I will not be going back to any other attorneys per previous experience. I love that April is direct and does what needs to be done to get the job done.
This review is from a person who hired this attorney.
Hired attorney

This is who you want to represent you!

In the most difficult time of my life, April Jones was there for our family. I am SO thankful for April and her team! She personally went well above and beyond the call of duty on my custody and child support case and helped me out of a nightmare situation with my ex-wife and restored balance and fairness in my family. I am happy, and most importantly the kiddos are happy!! Thank you SO much April for all you do!
This review is from a person who hired this attorney.
Hired attorney

Although it is not a fun and easy process, April and the Jones Law Firm team was able to streamline the process for me as I went through this rough situation. April’s expertise and empathy was fantastic. I would recommend anyone who is looking for a knowledgeable attorney to reach out.
This review is from a person who hired this attorney.
Hired attorney

I want to thank the April Jones Law Firm for the hard work that they went through to assist me with my case. I retained their firm after being served with a Motion for Retroactive child support. The Petitioner had filed the motion seeking an additional 16 years of child support for the years before she had originally filed a motion to initiate child support. Throughout the entire process, April and her team provided the most professional service imaginable, all while making me feel comfortable throughout the entire process. I would call it "personal professionalism". Both April and David Collins attended the hearing, and were prepared to represent my case, making sure to let me know that we were fully prepared for whatever may occur. The Court agreed that I was subject to retroactive child support and ordered me and the Petitioner to attend mediation. Before I actually attended mediation with the Petitioner, the Court, on its own volition, revisited our motion to dismiss the motion for retroactive child support. They originally filed a motion to dismiss the motion for retroactive child support because the Petitioner had waited more than two years to seek the retroactive child support after becoming aware that she could. The Court agreed with our legal argument and event cited the law in her dismissal of the motion for retroactive child support. Without their assistance and due diligence, (not to mention, their dedication to obtaining a fair judgment) I would have been faced with a dire financial situation. I can say with certainty that I would not have had the same outcome without their representation. They were thoughtful throughout the whole process, and made sure to treat me as an individual with specific needs and concerns, and not just another case file. Everyone on their staff was helpful and responsive; I never felt like I was just another case number in a queue of other cases. I always received prompt callbacks and emails, and never felt like I was not a priority.
This review is from a person who hired this attorney.
Hired attorney

April is a top notch family attorney. She goes above and beyond to ensure the best possible outcome for her clients. She’s the fourth attorney I’ve worked with and the first to get results. I’d highly recommend her.
This review is from a person who hired this attorney.
Hired attorney

April Jones is a very passionate and knowledgeable lawyer

My husband contacted Ms. Jones after being served with restriction of parenting time. It was a very stressful time for our family and Ms. Jones was able to help us successfully navigate the court case and win. She is passionate, knowledgeable and guided us every step of the way. We are very grateful for Ms. Jones assistance during a very difficult time.
This review is from a person who hired this attorney.
Hired attorney

Apryl Jones did a good job as far as representing me I got my 50/50 custody like she said she was going to do for me was very happy to work with her thank you again mrs. Jones
This review is from a person who hired this attorney.
Hired attorney

April Jones Law Firm has been the epitome of professional, ethical and fair. I have used this law firm on two occasions. During both court cases she advocated, not only for me and my best interest, but for all involved to come to a reasonable solution with my children’s best interest at heart. Throughout the course of my cases April Jones Law Firm was able to adapt to the ever changing legal environment with ease and grace. She was always thoroughly briefed on laws pertinent to my situation and I always felt like a priority whenever we communicated. I adamantly recommend this law firm to anyone I feel could benefit from her services. April Jones Law Firm leads the industry because she is relatable, knowledgeable, organized and gets the job done well. Dan Robinson
This review is from a person who hired this attorney.
Hired attorney

I was referred to April Jones by a trusted source to handle a very difficult legal family matter. I was new to Denver and didn't know where to turn. After our initial consultation, I knew instantly she was the legal professional I wanted and needed to represent me. The case took close to 2 years to resolve (yes, the courts are that backed up). During our time together, she listened to me and advised me with the utmost of care. I was scared. I needed someone I trusted at a gut level and professional level. I needed an attorney who was wicked smart and honest. It's not fun to have a judge decide parenting time and financial matters. April didn't make empty, lofty promises that had no merit. We put together a plan and I followed every suggestion she made. I was never left wondering what was next. To this day, I have implemented that standard into my own business. I'll never forget the day the judge granted my wishes with April by my side. The attorney on the other side looked like a rookie in comparison. If you are in need of a family law attorney, I give my 5 star recommendation to April Jones. She helped me using her expert knowledge, compassion and class. Just what I needed in a time when I couldn't have been more vulnerable. Sign me #Forevergrateful
This review is from a person who hired this attorney.
Hired attorney
See all reviews

I endorse this lawyer. Her willingness to contribute to the AVVO community along with the substance of those contributions displays an attorney that is ready, willing and able to zealously advocate for her clients. I wouldn't think twice about referring a potential client to Ms. Jones.

Ms. Jones is an exceptional attorney who always provides incredible advice and considerable time to the members of Avvo. I would strongly recommend her to any client who is seeking representation from an ethical, moral, compassionate, and learned attorney in the field of family law. You simply can not go wrong with Ms. Jones.

I endorse this lawyer. Attorney Jones is an outstanding attorney with an exceptional reputation. She is a strong and zealous advcocate for her clients and a credit to the legal profession. Attorney Jones is by far one of the finest divorce/family law attorneys in her state.

I endorse this lawyer. I have referred several clients to Ms. Jones and they tell me she is a fine and thoughtful attorney. She knows family law and takes the time to know and understand their problems and concerns.

David Littman, Divorce and separation Attorney on May 19, 2012
Relationship: Fellow lawyer in community

I highly endorse April Jones. She is an exceptionally competent and very experienced attorney who strongly protects her clients rights and interests. She is always well prepared, very smart and respected by colleagues and judges.