I am a graduate of Baylor Law. In 2008, I was licensed to represent clients before the courts of the State of Texas. I began my career two weeks after graduation, when I represented a criminal defendant in Travis County, Texas, in my very first jury trial. My client won his freedom that day, and since then, I have been diligently representing the interets of my clients throughout the State.

I first accepted employment as an assistant district attorney in Brownsville, Texas, with the Cameron County District Attorney's Office. While there, I represented the State in misdemeanor and felony courts, managed the domestic violence docket, and represented the State on appeal, including a case before the Court of Criminal Appeals.

In 2011, I left Cameron County and joined the Montgomery County District Attorney's Office, where I practiced until 2014. While there, I represented the State in the trial and appellate courts, managed the mental health prosecution docket, and earned my board certification in criminal appellate law.

In 2014, I returned home to the Midland/Odessa area to open my own law practice. I intend to serve the citizens of West Texas by being the finest appellate, criminal, family law, and personal injury attorney available. I bring with me considerable trial and appellate experience, as well as the one-of-a-kind education given only to Baylor lawyers.

Hiring me to represent you means that you get more than a scholarly appellate lawyer or a seasoned veteran of the trial courts: you get both in one. I have the academic and appellate credentials to speak with authority on the law, and the training and experience necessary to fight it out in court. When you need legal help, there's nothing to be done but to hire the best. 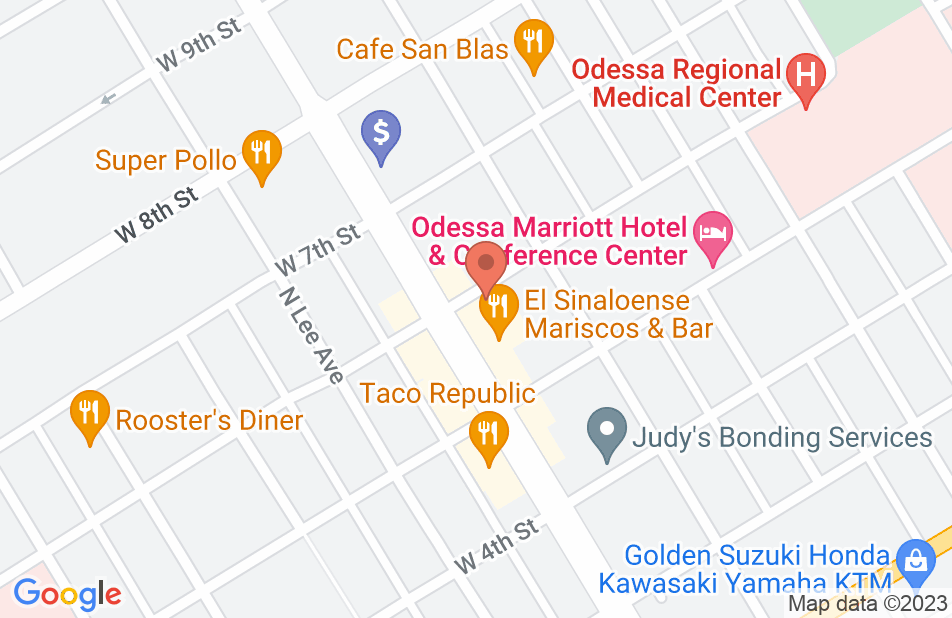 We were in a 4 year court battle for my step-daughters. After getting rid of an attorney who didn’t have our kids best interest at heart we realized we needed to find someone who would be extremely honest with us even if it wasn’t what we wanted to hear. We had to be patient, but in the end Lane got my family the results we were fighting for. If it wasn’t for him we would have lost hope in our justice system, but we feel beyond blessed to have had Lane as our attorney. God is good and he brought us a good man to fight our battle for us when we didn’t have a voice.
This review is from a person who hired this attorney.
Hired attorney

I talked with Lane i filled out something on avvo and he called me like 15 mins later it was 7 or 8 in the evening. We talked about my case and who I had already talked to that day. I told him I was comeing back over to Odessa the next day and I had two appointments with other lawyers but I didn't tell him that. He made me feel so much better about my case I called him right back and we talked about price. When I got back to town the next day I went to his office very professional he had everything ready for me. I didn't go see any more lawyers I was so impressed with him and his team. I can't wait to tell you more after we go to court. Thanks Lane.
This review is from a person who hired this attorney.
Hired attorney

This man changed my family's life., and most importantly- the life of a little girl who needed an advocate fighting for her wellbeing. We had consulted multiple attorneys in the area for years in regards to getting custody of my stepdaughter. We were told the same thing over and over again- great case, just not in West Texas (as it was a dad seeking custody from mom among other factors). And then we met Lane. He was supportive and encouraging from the beginning. For the first time in years we had hope that we could change my stepdaughter's circumstances. It wasn't easy. We had numerous bumps along the road, and thought about giving up many times as we went up against a grueling and sluggish judicial system. He kept the hope alive however, and in the end, we walked away with more than we had hoped for. He was caring and attentive when we needed him (not just when was convenient for his schedule). He was knowledgeable and had answers to our questions, and strategies for concerns. He was more than fair financially (I think he received far less than he deserved), and nice in the courtroom when he needed to be, but fierce when that was needed. I can't recommend him enough. Appeals are his speciality, but his expertise and character make him formidable in many arenas. I can vouch for the family law arena. Do yourself a favor and give him a call.
This review is from a person who hired this attorney.
Hired attorney