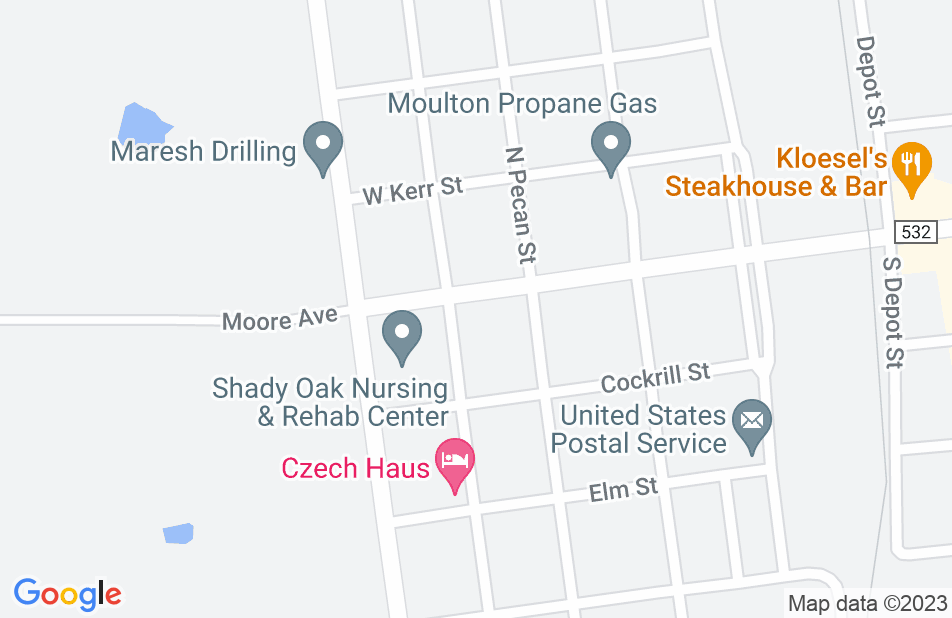 Thorough research and on the ball

I'm so glad I found Mr. Hill for my case. He has gone over and above to keep me updated with documents needed, dates and course of action. I'm pleased with his rates, professionalism and he cares about the siccess of my case. If you need a lawyer, call Mr. Hill, I'm glad I did.
This review is from a person who hired this attorney.
Hired attorney

Mr Hill represented us in a probate case in order to determine heirs of mineral rights with property in Lavaca county ...We were pleased with his representation in the Lavaca County Court system
This review is from a person who hired this attorney.
Hired attorney

I'm going to make this as simple as it gets... I hired this attorney to represent me in the discussion of my 20+ year long marriage. I knew nothing about Family Law in Texas and let everything ride on Mr. Hill, based solely on his credentials, as I am not from the area. As things proceeded, I realized that the reviews I'd previously read were dated and some information had just disappeared from the Internet completely. The following are just a few things that I've had to deal with during an already emotionally draining ordeal: 1. Misrepresentation. 2. Fraud. 3. Missing important deadlines. 4. Dishonesty. 5. Professional misconduct. 6. Collusion with opposing counsel. 7. Failure to keep client notified of important facts. I had to file a complaint with the Texas Bar Association and that makes me incredibly angry. I needed to be focused on my daughter and the transition we are having to make and that was of virtually no importance to Mr. Hill. Because Mr. Hill advised me that I did not have to take a mandatory parenting class (required by the court in my county), the judge would not allow me to see my (at the time) 17 year old daughter, who I have not seen since Thanksgiving Day. Mr. Hill allowed my ex husband to cancel my bank cards and left me indigent and penniless, as I've been since the 'surprise' bench trial in December. Mr. Hill refused to return my calls and I sat alone with no friends or family through my first holiday season. The mental state his actions have left me in, is very sad and defensive. He told me during the first meeting that he was scheduling a temporary orders hearing so that I may have financial relief during the divorce, as I'd been a stay at home mom for almost 22 years and he never scheduled the hearing, which kept the financial crisis I've been in, a secret from the judge and left me with no spousal support -Texas law says that I was MORE than eligible for 20% of my ex-husband's income for up to 3 years. Mr Hill said many times that I should be 'happy with what money I got from my ex spouse', always referring to the money as my 'ex-husband's money', until I firmly reminded him that he was only able to earn what he has because we BOTH worked together to make it happen. I highly advise any woman in my situation to do her homework and thoroughly investigate the process of divorce and the role of the divorce attorney BEFORE they hire anyone. Also, TAKE YOUR TIME!! Don't let anyone rush you into decisions that you aren't fully comfortable with...everything has a catch. I'm sure I'll be dealing with the clean up of the mess caused by Mr. Hill for a good while, I'm just glad that honest reviews, posted in places like this, exist now a days. Good luck!
This review is from a person who hired this attorney.
Hired attorney
Travis Hill's response: Client agreed to all terms of Divorce and received 64% of community estate but she felt that was not enough. She requested the Court modify the agreement and the request was denied. Client failed to pay me. She is now bitter because she is being filed on for failure to pay my fees.

Pass On This Guy--

Failed to speak of critical facts of the case to the judge in court prior to sentencing. Did not keep client informed of process. Did not advise client of process and that the client was allowed to address the court prior to sentencing. We filed a writ of habeas corpus for inneffective counsel and doubled our costs and out of pocket expenses for new attorney. Be prepared to file a complaint with the Texas Bar if you choose this attorney.