Integrity. Advocacy. Success. Call us for your free consultation.

John Clayton "Clay" Caldwell is a former felony prosecutor with the Brazoria County District Attorney’s Office.  During his 11 year tenure as a prosecutor he tried over 60 cases to a jury, involving some of the most serious offenses, including Murder, Aggravated Assault, Sexual Assault, Felony Drug Possession and Driving While Intoxicated.  Clay won more than 95% of those jury trials.

Clay received his Juris Doctorate from South Texas College of Law in Houston in 2004, where he focused his studies on criminal law, criminal procedure and juvenile law while also developing his jury selection and courtroom skills in the school’s advocacy programs.  Clay has returned to his law school Alma Mater to serve as a guest lecturer on effective jury selection.  During his time at South Texas College of Law, Clay received the American Jurisprudence Award for the highest grade in his Criminal Procedure and Marital Property classes.

Clay is currently licensed to practice law in the State of Texas for all State Courts and in the United States Courts for the Southern District of Texas.  Clay’s practice area includes all State level criminal charges in Brazoria County, Galveston County and Harris County. 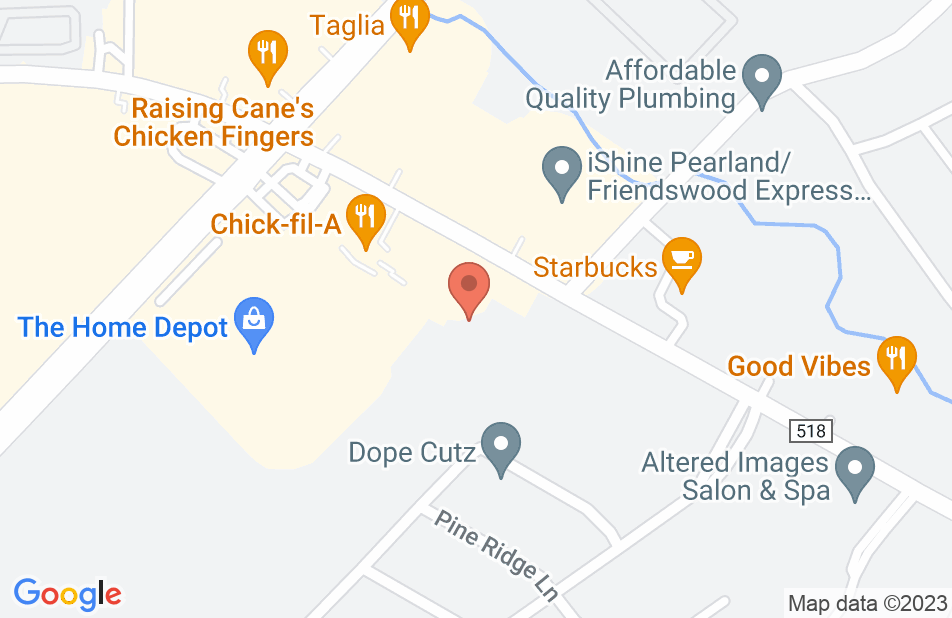 Clay was Great! My situation was tricky and he made sure that my case was handled properly and wasn’t rushed to a plea agreement. He’s very well versed with Harris, Galveston and surrounding county courts. I was lucky to have him. He was able to get my case dismissed and I didn’t have to pay any fines or fees to the court. I would highly recommend John Clayton Caldwell to anyone looking for a trustworthy and smart lawyer. Thanks Clay!
This review is from a person who hired this attorney.
Hired attorney

I was referred by a friend to seek counsel with Clay regarding my daughter and the trouble she got into at school with a fight with another girl. The biggest stress relief with the ordeal was handled by Clay letting me not miss work so all I had to was show up for court and miss half a day.. (HALF) a day of work!!! As a parent of teenage kids the one things we still need is our jobs. Sick time doesn't cover kids fighting at school. Clay assured me that everything was going to be fine and he would contact me if any changes happened. Clay explained everything and walked me through everything which was very calming. While sttiing in court waiting for the judge to appear and for the computers to work, I was listening to the front of the court and conversations between other colleagues and probation officers to which I overheard Clays name and how much he was liked by them and he wasn't even in the room at that time. That's when I knew this guy was a damn good laywer. As a parent it was the most satisfying thing to hear when in court for your child is how much your lawyer is liked by the court... "Complete Stress relief"... They say it's who you know in life, let me tell you... You need to know Clay. Absolutely a great guy and knows how to talk to people. He is very easy to talk to and respected by others especially the court... That's huge!!!
This review is from a person who hired this attorney.
Hired attorney
John Caldwell's response: Thank you sir and good luck to you guys. If ever I can be of help please call me.

I will tell you as far as the best lawyer that there is to let you sleep at night this is who you want to hire and have on your team! I went through so much crap through the system of what they thought they had me exactly 2 months before my probation and they found some morsel of a charge and he not only came through I think I would have never made it out of the SYSTEM!! I paid everything , did the classes , Did my volunteering! Paid fines early but I didn’t have a licence but drove to pay for my daughters breast surgery so she wouldn’t die!! Seriously it was so depressing facing 6 months in jail but it did get Dismissed! Amen but the best news is my daughter will LIVE!!
This review is from a person who hired this attorney.
Hired attorney

Onr of the Best lawyers u can have on your side ..

I was in deep stuff,and didn't kno where to turn till one day one of my closest cousin called me and told me that this guy he just retained was awsome and that he had helped him too and did a great job .so I called him and told him about my situation and at the time I didn't have no money so that was pretty cool for him to hear me out before paying him then I believe a week later called him and retained him .I was on felony probation for 5 years 2 felony .class 3 . it was my last 3 months to finish all 5 years I got pulled over possession charge so it violated my probation .I went to jail couple hours I was out....just went thru all my legal battles this month and guess what today is my last day of probation of that 5 year stretch and for the ones that kno how it feels to get off probation without going to jail or prison for a long time kno what I'm talking about ...hire mister JOHN CLAY CALDWELL u wont regret it...thank clay
This review is from a person who hired this attorney.
Hired attorney

John brings his experience as a prosecuting attorney to the table and provides results. His negotiating skills proved themselves in my case and we are glad we went with John to represent us. Thank You again John!
This review is from a person who hired this attorney.
Hired attorney

I endorse this lawyer. Prior to becoming a defense lawyer, Clay was an outstanding prosecutor with the Brazoria County District Attorney’s Office who was always very prepared, and exhibited a keen knowledge of both procedural and substantive Texas criminal law. I now see him applying the skills he learned as a prosecutor in zealously representing his clients as a defense attorney, and I refer clients to him without hesitation who have cases in counties in which I do not practice. I highly recommend Clay if you or a loved one are facing serious criminal charges.

I endorse this lawyer without hesitation. I’ve seen Mr. Caldwell as both an excellent prosecutor and now as a better defense attorney. He is a skilled trial lawyer, zealous advocate, and caring lawyer. I have seen him help countless clients in multiple counties, including Harris, Galveston and Brazoria. I would trust him to handle a family members case. Mr. Caldwell is a true asset to the defense bar.

I've worked with Clay in different capacities over the last decade. Clay has a mastery of criminal law and procedure and uses his understanding of the law to deliver excellent legal services to his clients.

I endorse this lawyer. I have known Clay for over 10 years. He is diligent and very knowledgeable. I highly recommend him.

Aaron Perry, DUI and DWI Attorney on Mar 16, 2018
Relationship: Worked together on matter

I endorse this lawyer. Clay is a tremendous lawyer who is a dual threat with knowledge of the law and trial skills and experience. I have seen him in action many times and consider him to be a very gifted trial lawyer. If you are looking for an experienced and smart attorney who won't back down and will treat his clients with honesty and integrity, you should hire Clay! I endorse him.