Injured in a truck/car accident. I will fight for you, so that you can focus on what matters most - your recovery. No Fee unless we win. Call 713-881-9871

Charles Sanders is the co-founder and partner of Rose Sanders Law Firm. He excels at litigation and brings the tough approach needed to the courtroom when dealing with opposing counsel. Charles is passionate about helping the injured and fighting for their rights against insurance companies.

Prior to opening Rose Sanders Law Firm with his wife and co-founder, Erica Rose Sanders, Charles served as the manager of the personal injury docket at the Erica Rose Law Firm, PLLC.

Charles started his career as a paralegal for a maritime defense firm in Houston, and then decided to attend law school at Thomas M. Cooley Law School at Western Michigan University. He moved to Miami and worked as an associate attorney for a high-powered, personal injury firm. In 2017, Charles moved back to Houston, where he worked as a bodily injury insurance adjuster for Allstate, and other third-party administrators. Charles’s background in claims management has been extremely beneficial to his work as a plaintiff’s attorney. Charles is licensed to practice in the U.S. District Court Southern District of Texas. Charles also is a licensed All-Lines Insurance Adjuster in over 25 states in the United States.

Before pursuing his legal career, Charles earned a Bachelor of Arts in Theater from Texas A&M University and his Paralegal Certification from Rice University. In his free time, Charles enjoys watching sports, cooking on his BBQ and spending time with his family. 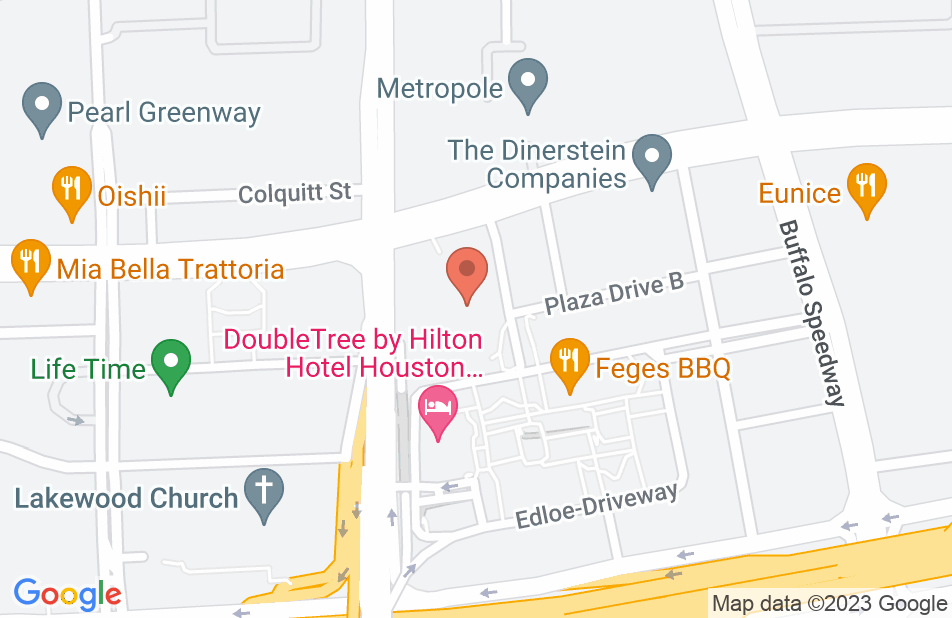 My family was involved in a 5 car accident and I thought all hope was lost since the insurance company dragged their feet and looking like all hope was lost. Charles Sanders came in and did the impossible. Myself and Family received Grade A service working with Charles and his Team. Charles always made sure all our needs where taken care of 100%. They worked with the doctors to make sure my family was treated with the best care with no money out of pocket to resolving the case in a timely manner and resolving the case with a tough insurance company. Thank you Charles and your Team.
This review is from a person who hired this attorney.
Hired attorney

I was the victim of a bad car accident and suffer a life-changing pelvis injury. I didn’t have a way to seek medical treatment from my injuries. A friend recommended me to Charles Sanders and he took good care of me. Charles and his staff were able to get me treatment for my injuries right away and assisted me with my insurance claim. They were great to work with and I would recommend 100%!
This review is from a person who hired this attorney.
Hired attorney

We hired Charles Sanders to represent us with a case involving a death at a refinery and in my opinion there is not a finer lawyer around. Charles and his firm went out of their way to meet our every need, exceeding our expectations. I was extremely impressed with how aggressively he pursued our case and the level of detail put forth. Charles took the time to explain everything and was always available when we had questions. His staff was professional, courteous and treated us with a personal touch. Charles resolved our case quickly and we are super pleased with the outcome. I highly recommend Charles Sanders if you are in need of an attorney.
This review is from a person who hired this attorney.
Hired attorney

My experience with Mr Charles Sanders has been really from start to finish. Im really skeptical when it comes to attorneys because most of their motives are to get more money then you from your settlement, but that's not the case with Mr Sanders he really took care of me and my bro. We were a car accident. The settlement was quick and nobody not medical, chiropractor, not even Mr Sanders RECIEVED more money than we did. I wish I could give six stars.
This review is from a person who hired this attorney.
Hired attorney

Let me start by saying that aside from Charles being an unbelievably amazing attorney , he is a great person and I dare say friend . From the time he accepted my case through it all i have felt that Charles and his staff have had my well being foremost in their minds . i have been through a very trying time through it all but they have been there for my family and I like family themselves . Charles is a larger than life figure in person until you get to know him . he is caring and thoughtful in ways that are surprising and unexpected . Charles has done more for us than just representing me through my case . Charles and everyone on his staff are excellent at their jobs and compassionate beyond just their professionalism which is in itself above and beyond that of their peers. Thank you Charles and everyone, I really appreciate all you have done for my family and I .
This review is from a person who hired this attorney.
Hired attorney

I hired Mr. Sanders to represent me on my 18-Wheeler accident case. Was very happy with the quality of work and the money I received. I ended up with more money than we thought. I would use Charles again and refer him to friends and family.
This review is from a person who hired this attorney.
Hired attorney

Facing an automobile incident and the prospect of having to appear in court can cause severe anxiety when you start to imagine all the possible negative outcomes. Working with Charles Sanders immediately put an end to those fears. From the very first conversation, Charles made me feel at ease with his knowledge of the process and the necessary next steps. He helped take me off the “problem” and onto the “solution.” I immediately experienced the peace of mind knowing I was in good hands and if anybody could help achieve a positive outcome, it would be Charles Sanders. Initially feeling overwhelmed with the fear of the unknown and everything I was going to have to do to lift the weight off my shoulders, Charles immediately took everything off my plate, doing the research, gathering the facts, making the phone calls and ultimately providing simple next steps. I showed up at the Justice Center prepared. While I noticed others around me with anxious expressions, worried about the outcomes, I felt a level of peace based on the guidance I received from Charles’s office. When my name was called, everything was in order, the outcome was what Charles prepared me for, and I was soon back to life as normal, breathing out a sigh of relief at a potentially stressful experience which turned out seamless thanks to Charles’s expertise. However, it was more than Charles’s professionalism that was so impacting. It was the passion to come alongside me and provide both the technical and emotional support that made all the difference. I can’t speak to others but I can tell you that Charles Sanders is best in class.
This review is from a person who hired this attorney.
Hired attorney

Charles represented me on a personal injury claim that occurred while I was in TX. Charles came highly recommended and was open with me throughout the process. I live outside the state, and he was cogniscent of my availability. Chuck took away the stress of my communicating with insurance and made sure I got a fair settlement. I would highly recommend him as he is professional, ethical and available to his clients.
This review is from a person who hired this attorney.
Hired attorney

I got into a bad 18-Wheeler Trucking Accident wreck so after I thought about how it wasn't my fault and how we were hurt, I did some research and found Charles Sanders. Chuck is my attorney for life. I will never go see another attorney if my family or I get into another car wreck. I just can't say enough about how everyone that would speak to me sounded so happy to speak to me. After a while you tend to speak to certain staff members all the time that you get to know them and their families. Charles's paralegal Chyra would call and he would ask about my grandbabies right away. Charles makes you feel like family, he explains to you every aspect of the claim process and Chuck tells you like it is. He does have a gift of building a rapport with clients. Not once did I feel as if I'm nagging or my case was to small for them to even remember my name. I'm so thankful for Chuck Sanders and his team of compassionate people, I just cant' say enough good things about them. They have a client in me for always.
This review is from a potential client who consulted with this attorney.
Consulted attorney

I hired Charles for my accident. Thank GOD for Charles Sanders and his team! It was because of him I was able to seek treatment immediately after my accident and start my recovery process. Charles made sure to keep me in the loop with everything and fought hard for my case and truly held the insurance companies liable in rectifying some normalcy to my life. Without Charles I would have not had the medical attention I needed and would still be arguing with the insurance companies. If you find yourself needing representation DO YOURSELF a favor and call Charles and his team!
This review is from a person who hired this attorney.
Hired attorney
See all reviews

I endorse this lawyer. Charles is a very hard-working and trustworthy attorney who has a great work ethic.

Charles is a dedicated attorney who looks out for the wellbeing of his clients.

Charles is a great lawyer. Charles always puts his clients' needs first. He is easy to reach for case communications. He is well respected in Houston for his professional skills and his ethical standards.

Charles is an extremely talented and well respected attorney in the legal community, I wholeheartedly recommend him to anyone looking for a lawyer who knows the law and truly cares about protecting the rights of his clients and getting them the most favorable result possible.I endorse this lawyer.

I endorse this lawyer. Charles is a very hard-working and trustworthy attorney who has a great work ethic.

I endorse Charles Sanders! I find him to be very understanding, compassionate and knowledgeable in several areas of law, particularly personal injury law. It is without hesitation that I refer to Charles anyone in need of a quality personal injury lawyer. I know Charles works very hard for all his clients.

Charles is a dedicated attorney who looks out for the wellbeing of his clients.

He gives his clients the best individual attention and has a great knowledge of the medical aspects of injuries.