If you have fallen behind on your mortgage, if you are facing foreclosure, have a reverse mortgage, home equity loan, tax debt, or Homeowner's Association Dues that are past due you could lose your home.  If you fall into one of these categories then you will likely be approached by people wanting to buy your house for cash.  BEWARE!  These people are looking to pay well below fair market value thus causing you to lose the valuable equity you've built in your property. With the proper filings your foreclosure could be temporarily stopped, your loan audited for accuracy, and a plan can be developed to help you to stay in your home at an affordable rate.  If that is not an option based on your circumstances, we can help you cash out the maximum amount of equity without causing any further damage to your credit all while preparing you to purchase a new home as soon as possible. As an a reserve Army JAG attorney, cash investor liason, and expert in this subject area, I work with attorneys, clients, reputable investors to keep homeowner's American dream alive. Good luck, however, remember that time is not on your side and preservation of your home and equity are our number one priorities.  Don't hesitate to call for free advice and veterans and their dependents receive 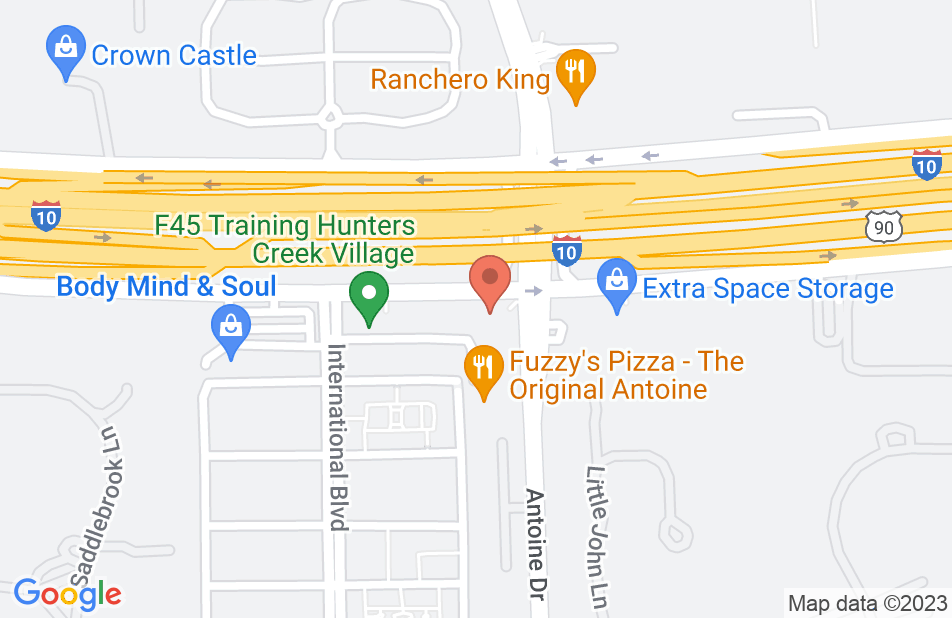 Good attorney and better human being.

Chad and his associates represented us in a frivelous scam by a luxury car rental company that illegally and unethically took our money (Scam) I won't say the luxury car company name though i should but Elrod defended us even though it was a small money lawsuit and it was very time consuming. We won due to Chads professionalism and diligence. I would recommend him for anything.
This review is from a person who hired this attorney.
Hired attorney

Words cannot express the gratitude I have for the Jackson & Elrod Law Firm. Their investigation revealed detailed events which were instrumental in my fight to save my home. The case they presented on my behalf ultimately resulted in reversing the threat of foreclosure on my house and lowering my monthly mortgage payments by 30%. They also played a key role in preventing the foreclosure from showing up on my credit report by ensuring that all recorded documents were removed as if they never existed. I don’t know where me and my family would be today without the help of Jackson & Elrod Law Firm. I feel like they’ve not only given my family our home back, but they’ve given me a new lease on life. Thank You Jeff Jackson & Chad Elrod! You guys are the best!

Chad Elrod and his team of attorneys saved my home from foreclosure and got me a loan modification that left me with equity in my home. They took me from nearly being homeless to being able to sell my house for a profit and move to a new home.

The greatest lawyer I know

Mr. Elrod helped a friend of mine and we were all impressed by his professionalism and extensive knowledge of the law. He succeeded with a favorable out come for his client and did it all while being friendly and respectful.

Chad was very professional and a fighter in court and I would recommend him to anyone. I was able get my visitation I wanted with my kids despite my ex trying to stop me. Chad was always there when I needed him

Mr. Eldrod is a very professional attorney and understands your needs in order to solve your case for the best outcome. I am extremely please with the outcome and his professionalism.

My future in his hands..

Needed help with getting my life on track, He took care of everything and now im buying a house, hope he can do the same for you, i had no hope thought i would always rent forever, i just wanted better credit for the little things... Thanks Chad

I entered into a contract with Jackson & Elrod LLP (the "Firm") in November 2013, in reference to gaining legal assistance with my mortgage, which had been exposed for fraudulent activity. At the time, the firm stated they could assist me in working with the lender, and modifying my mortgage to a manageable rate. The firm is based out of TX where I am from IL. The firm is not licensed in IL, although, continued to give me legal advice(find out later this is illegal). The first retainer fee of $5,950 was paid to the firm on 12/22/13. The agreement was to pay the firm a $1,500/mo retainer fee during the litigation and mitigation process. At the time I retained the firm, I was up to date on my mortgage payments. Following an audit of my mortgage in Jan-Feb ‘14, I spoke with a subject from the firm, who identified himself as Chad Elrod. I raised the idea of no longer paying my mortgage, as the audit stated I technically did not owe the current mortgage company anything, nor could they foreclose on me. Elrod agreed with this decision. I continued making my monthly payments to the firm. After nearly 60 days of no contact with the firm, I called to get an update of how the case was going. It took 3 calls for someone to call me back. Eventually, I spoke with Mr. Elrod. Elrod stated to be patient, as it takes time for these cases to be figured out. In May ‘14, I again contacted the firm. I requested a statement of where my money is being spent. The firm could not provide me with an accurate document to show this. Elrod admitted that my case "slipped through the cracks", although, Elrod stated he would make it right. Elrod then stated he would suspend the payment until further notice, due to confusion by both parties. In July ‘14, money was attempted to be deducted from my account without notice. Elrod and I had many conversations, none of which concluded anything, as to why he needed more of my money. Elrod stated, for the sake of confusion, again, to charge me $750.00 in August and then resume $1500.00 monthly payments. At this time, local counsel (licensed in Illinois) was assigned to me after 8 months. Local counsel could not produce a case relevant to my county after 4 months. After paying $15,750 to Jackson & Elrod LLP, I enter into foreclosure next month, and hope it is not too late to save my house. Elrod offered a refund of $2000.00 and advised it was "not open to negotiation". I literally have nothing to show for $16,000.00, and I'm sent and offer in exchange for my signature to release Jackson & Elrod LLP from any lawsuit. Being a military veteran, and witnessing many veterans get taken advantage of over the years, I never thought it would happen to me. Thank you and God Bless.
Chad Elrod's response: This client abandoned our representation in the middle of two cases after attending a seminar put on by a charlatan attorney attempting to take his money and call us a fraud. He was represented by our local counsel JD Haas from the start and many of his accusations are factually inaccurate and outright deceptive. We represented this client with the utmost professionalism and courtesy and he decided to take advice from a less than reputable attorney that prompted him to file a complaint with the state bar of Texas. The State Bar quickly dismissed his complaint so he felt he would attempt to slander me by simply posting his unfounded complaint to my Avvo profile. My work speaks for itself and if you're not in it to win it or will be swayed by somebody promising a bill of goods they cannot deliver after hiring us we would prefer you take you business elsewhere. Sometimes standing up to the powerful banks requires time and money but results are what matters. I am always here to answer any questions you may have about our firm and how we represent our clients. Finally, as a JAG attorney in the Army I resent the notion that I would ever take advantage of a veteran. The very nature of foreclosure defense precipitates the representation of some people who simply don't want to pay their bills and are eager to attempt to extort our firm when prompted by unscrupulous property investors. Due to these types of clients, our firm is now only looking to represent honest hardworking Americans that are unwilling to attempt to game the system to their advantage and are simply looking for the justice they deserve.

I endorse Chad Elrod. He is a savvy lawyer who listens to his clients and develops his litigation strategy based on what matters to them. He is astute and intelligent, capable of handling simple and complex cases but never lacks for the most important thing--- common sense.