I have experience as a Municipal Court Judge and Prosecutor.  I have more than 10 years experience in the Denton County and Tarrant County Courts.

My staff includes a former Municipal Court Judge to assist with clients that have traffic and Class C related problems.

Customer Service is as important to me as the legal services I offer.  We will follow through with you after your case has gone through the court system to make sure you have everything you need to complete the process. 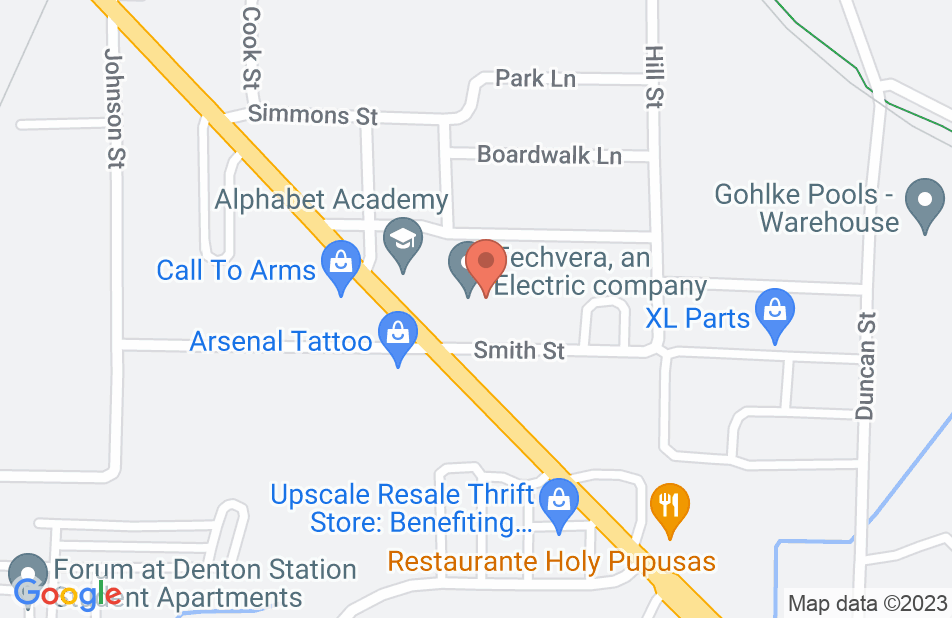 Just want to say I've dealt with some other law offices upon receiving a ticket but none like the Knapp law firm. When I called I immediately felt like I had found the right person to represent my husband when he received a ticket in Lewisville. Mrs Knapp walked me through all the steps and kept me informed throughout the whole process. Although I did not get to meet Mr. Knapp. Mrs. Knapp made me feel that I had picked the best attorney to fulfill my husnand needs. I will refer the Knapp Law office to anyone that needs an attorney to represent them if they get a traffic ticket. Thank you again Mr. & Mrs. Knapp for taking such good care of oir needs (:
This review is from a person who hired this attorney.
Hired attorney
Kyle Knapp's response: Pam, Thank you for the great review. Mrs. Knapp and I still believe in Customer Service and our staff knows how important is to keep our client's informed of how things are going on their cases. Once you hire me, I work for you and so does my staff. I am happy to hear that my staff have my client's needs in the front of everything else. Kyle Knapp.

I received a speeding ticket and retained the Knapp Law Office to represent me. In short, Mr Knapp and his professional staff exceeded my expectations. Not only did they secure a Deferral, they also secured a reduced penalty and a very short probation period that is limited to the municipality that issued the ticket (as opposed to the entire state). The fee to retain Mr. Knapp along with the reduced fee was less than what it would have cost to simply pay the ticket. I hope I don't need to hire Mr. Knapp again, but if I do, the Knapp Law Office will be my first and only call.
This review is from a person who hired this attorney.
Hired attorney
Kyle Knapp's response: Mike, I am glad we Exceeded your Expectations of us. Our goal is always to save you time and money, but, we do not stop there. We believe you should always feel secure with our services and feel comfortable contacting the staff to ask any questions you have or get information. This is not the kind of business you say "Come back soon", but, if you ever need us again, we are here for you. Kyle Knapp.

I called to see if they could help with getting a speeding ticket taken care of for my husband. Judy was amazing at explaining everything to me. We hired Mr. Knapp, and he took care of all the court stuff. Judy always called when she had news about our case. Always so great at explaining everything to me, and always sending everything she would tell me in an email. I really appreciated that. It was awesome that they took care of everything for us. I would definitely hire them again if needed in the future.
This review is from a person who hired this attorney.
Hired attorney
Kyle Knapp's response: Thank you for the great review. I am very proud of my staff and how much they care about our client's. We still believe in Customer Service. Kyle Knapp

Judy and Kyle are an amazing team. Thanks to the Knapp Law Office, we were able to get a ticket dismissed. Judy was very straight and thorough about the whole process. Knapp Law Office is a great company, with great people that truly care for their clients. Highly recommended!
This review is from a person who hired this attorney.
Hired attorney
Kyle Knapp's response: Thank you Stephanie for the great review. It makes me happy to know that my client's satisfied with our services. Customer service still means a lot to me and my staff. And you are right, we really do care about our client's. Kyle Knapp

Like others I have too much on my "To Do List" & as I "Speed" about my day I pay the consequence of my actions!! Thanks to Mr. Knapp & his Staff the price is not as severe as it first appears & my record is protected. We are all human and make mistakes. Mr. Knapp helps guide & stand for me by representing me in a very admirable way that satisfies both the court and myself. When I call the office & Judy answers the phone I take a deep breath and relax ---- I know I am in caring hands & will be informed step by step until everything is finalized. I highly recommend Mr. Knapp & Judy! They are the best team!
This review is from a person who hired this attorney.
Hired attorney
Kyle Knapp's response: Joyce, Thank you for the great review. We care about our client's and I like knowing that they are taken care of by the office staff while I am in court taking care of the legal side. Thanks for your business. We are always here for you. Kyle Knapp

Has taken on numerous citations for our trucking company and always satisfied with the end results. Everyone in the office has always been polite and respectful. I really do recommend them if you are CDL holder and need legal help. Julian
This review is from a person who hired this attorney.
Hired attorney

Working on my sons' many traffic tickets

The office staff were all extremely knowledgeable and took time to walk you through the court process. Also, they kept us up-to-date as the case wound through the system. I highly recommend the Knapp Law Office!
This review is from a person who hired this attorney.
Hired attorney

Absolutely efficient and quick. They were very knowledgeable about my circumstances. I have a class a CDL drivers license. And it was imperative that I take care of those Traffic Tickets. I have worked with several Other attorneys in the past but this one was the most qualified and knowledgeable of what I needed. Even the assistance were great and knew how to take care of what I needed and they gave me wonderful direction that was easy to follow. I highly recommend them and I also recommend you keep them as your primary source when dealing with Traffic Tickets
This review is from a person who hired this attorney.
Hired attorney
Kyle Knapp's response: Brad, Thank you for the great review. I pride myself on my staff and their knowledge. We believe in customer service. Anyone can go to court and get through the court system, but not all of them will walk with you through the process. Kyle Knapp

I was charged with Class A misdemeanor, though it was an act of self-defense. I contacted Mr. Knapp's office the next day. Among the few lawyers I had contacted, only Mr. Knapp's office promptly returned my call and gave me an appointment within a few days. Mr. Knapp was present himself, his advice was rock solid. I liked his style of being assuring and supportive, without promising anything unrealistic. He is very good at painting the reality of the situation, options and possible outcomes, next steps and true chances. He is also a judge, and is widely known among the Denton judicial circles, which helps. He accepted my case for a flat fee that covered until (and if) the case goes to trial. He explained that he will try to have the case dismissed even before it goes to trial. Four months after that day, his office called and let me know that my case is not being filed. During these 4 months, Mr. Knapp's office touch based with me regularly, kept me updated of the discussions happening between Mr. Knapp and the ADA, and he also asked for more evidence depending on how his discussions went. He was cautiously optimistic the whole time, but stressed on the need of providing certain evidences in a timely manner. He even got on the phone with me once - it is easy to set it up with his office. He is very busy, but he gives the required amount of time to his customers. My special thanks to Judith, Mr. Knapp's paralegal-in-chief. She is amazing in terms of work ethics, following up, attention to minute details and running a tight ship. I would hire Mr. Knapp again in a hear beat if I need to.
This review is from a person who hired this attorney.
Hired attorney
Kyle Knapp's response: Thank you very much for your review. We really like our job and our client's are very important to us. The staff is always instructed to keep in touch with our client's and update them with information. We treat each client and each case as if it was our own case. As you already know, here it is not just a saying, we live it every day. Thank you for your business, we enjoyed working with you. Good luck in your life and all the challenges you take on.

Top of the Line!

Mr. Knapp did not only meet but exceeded all expectations. His whole staff is very professional and cares deeply for their clients. I cannot thank him enough for the outstanding job done.
This review is from a person who hired this attorney.
Hired attorney
Kyle Knapp's response: Charles, You are very welcome. Thank you for letting us assist you with your needs.
See all reviews

Kyle has been doing great criminal defense work for his clients for years. Trust him to help you.

I send all my speeding tickets in Denton County to Kyle, great attorney.

Kyle is a very reputable and accomplished attorney. I would certainly trust him with my legal matter.

I endorse this lawyer. Kyle and I have worked together defending a client in Denton County. Kyle worked diligently and used not only his knowledge of the law, but also his negotiating skills on this matter. We eventually, tried the case and his abilities in the Courtroom were instrumental in obtaining a just outcome. I am honored to have sat with him in the trenches.