Samuel R. Terry is the aggressive and detail-oriented attorney that is the driving force behind the Law Office of Samuel R. Terry, P.C. Sam demands absolute professionalism, strict attention to detail, and a commitment to excellence, not only of himself, but from his staff as well. Sam passionately believes that, “Every individual charged with a crime is entitled to the best defense possible.”

While serving in the United States Air Force, Sam received numerous accolades including: The Air Force Achievement Medal for Meritorious Service; The Air Force Good Conduct Medal; and the National Defense Service Medal. Sam continued his focus on public service completing an externship at the Tarrant County District Attorney’s Office in Fort Worth, Texas. He promptly returned to Michigan to serve as an assistant city attorney/prosecutor. While at the City of Flint Attorney’s Office, Sam established a focused approach to the prosecution of domestic/family violence cases and aided in the establishment of a Victim’s Assistance Program for the City of Flint.

As a prosecutor, Sam recognized a disturbing and systemic trend of what he considered to be less than adequate representation of individuals charged with crimes. For Sam, this was unacceptable. He quickly understood that not only is providing less than adequate legal representation a violation of a person’s constitutional rights but it also serves to erode the very foundation of American life. It became very clear for Sam that, “Every individual charged with a crime is entitled to the best defense possible.”

Throughout his career, Sam has been nominated for the Texas Super Lawyers award for 2015, 2016, and 2017, which is annually awarded to the top 5% of attorneys in Texas. He has also achieved inclusion in Fort Worth Magazine’s List of Top Attorneys in the Criminal Attorney category for 2014 and 2017. Additionally, Sam received the Texas Rising Stars award in 2014. Sam is backed by many five-star reviews on Google and Avvo. Also, he has proudly received Avvo’s Client’s Choice Awards for 2015, 2016, and Avvo’s rating of Superb Top Attorney - Federal Crime.

Sam holds a Bachelor’s Degree (B.A.) in Political Science and Philosophy from the University of Michigan and a Juris Doctorate (J.D.) from the Western Michigan University Cooley Law School. 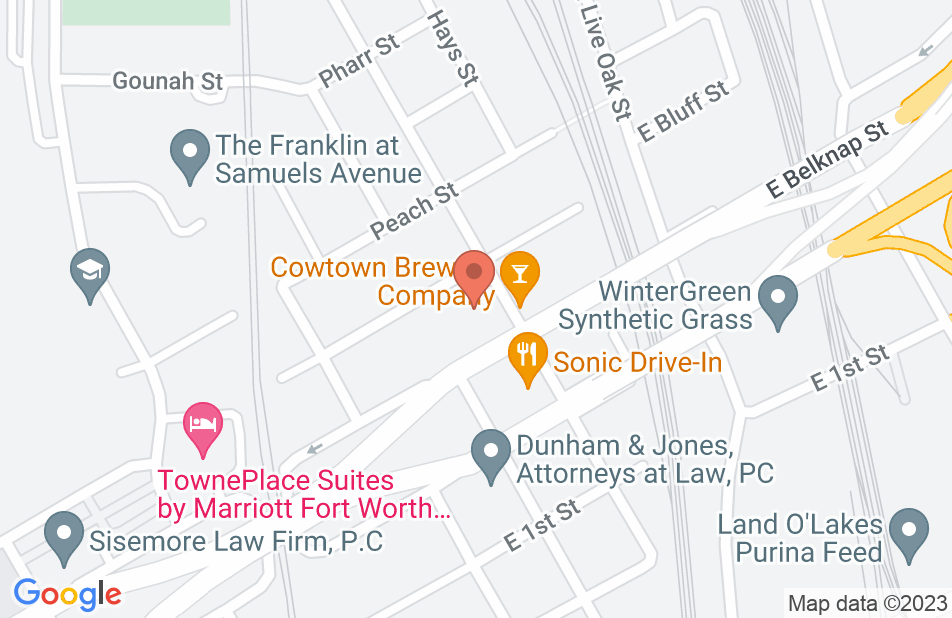 I hired Samuel Terry. He got my case dismissed. He is awesome and so is his staff.
This review is from a person who hired this attorney.
Hired attorney

Good fella worked hard on my case to my satisfaction would recommend to anyone going through what I had to deal with.
This review is from a person who hired this attorney.
Hired attorney

It is so nice to be nice

I contacted Samuel Terry law firm by accident. I received a call back asking if I needed their assistance. Once I told the representative that I was trying to contact a sibling who was missing and we expected him to be incarcerated, she asked for their information and assured me that she would give me a call back when she got to her computer. An hour or so later she returned my call with a detailed update which included all things from the date of indictment to sentence received and parole eligibility date. I am very appreciative for her assistance. She did not have to assist me in any way. Plus, I failed to mention that all of this took place on a Saturday evening. If I can receive assistance of this caliber by accident, on a Saturday evening, and free of charge, imagine the level of service they would provide if hired... Words cannot express my gratitude, but thank you
This review is from a potential client who consulted with this attorney.
Consulted attorney

Got my charge taken away!

A great defense attorney! Gave me all the info I needed about my case and his staff was very helpful and took care of every question and request I had. I was facing a potential 2nd dwi and with his abilities as a lawyer got it reduced to obstruction of highway. Couldn't be happier and would highly recommend for anyone!
This review is from a person who hired this attorney.
Hired attorney

Mr Terry and his assistant Kristie are definitely the best team. Terry is professional and Kristie is very caring about clients. They are opening and work hard. My case was dismissed without damage after 3 month. Appreciate Terry's good work and guidance, and Kristie's patient to listen to me and support. Over there, you are not only a client, and they become the friends to support you. Thanks.
This review is from a person who hired this attorney.
Hired attorney

I was in a bit of a bind facing a possible felony, and civil charges on top of the criminal. I cold called every attorney I could find on avvo and once I talked to him a huge wave of relief was swept over me. And Christine was also a big help. He told me he REALLY wanted to take my case, and I knew at that moment I could trust him. The epitome of bad ass and a true lawyer. You can tell they really care, if you end up in a pickle he's the one to call. Fair, honest, and diligent... this firm has had a significant positive effect on my life. Thank you!!!!
This review is from a person who hired this attorney.
Hired attorney

got my case dismissed

I was searching for a layer and I came across Samuel R. Terry I hired him to represent me for my case he was very professional at his work thanks to him and his staff I'm able to have a normal life back thank you so much for helping me out at the same time I want to thank his secretary Kristie for helping me also thank you guys god bless !!!
This review is from a person who hired this attorney.
Hired attorney

Very knowledgeable in his field and did a excellent job defending my son. Explained things as we went and advised us the whole way...excellent job. Thank you so much!
This review is from a person who hired this attorney.
Hired attorney

First off I would like to simply say Thank You to Sam and Elan for going out there way on helping me on my situation. I currently moved back home to Las Vegas and got a surprising citation in Dallas from a person who bought my car I sold. With there fast response, quickly they took care of my citation. From there prompt service to excellent communication skills I was very comfortable knowing that they will take care of me. I have never had any service like this the way they did. Very professional and the utmost sense of urgency when it comes to anything. I appreciate and value there business. I definitely recommend them. Thank you again Elan and Sam you two are simply THE BEST!
This review is from a potential client who consulted with this attorney.
Consulted attorney

We hired Mr. Terry for a charge back in June, and from the very start he and his team were very available for all the questions or worries we had. Kristie has been a god send, answering every text, phone call, or email sent. he took care of the case in a timely fashion and delivered what he promised. would definitely hire him again!
This review is from a person who hired this attorney.
Hired attorney
See all reviews

Samuel is an honest and hard-working attorney that fights for his client's rights.

If you or someone you know is facing criminal charges, this is the attorney you need. I have worked with him on a felony case. His work ethic and passion for working a case and preparing for trial is tremendous.

I recommend Sam Terry if you or a family member are in need of a hard-working trustworthy attorney.

I absolutely endorse Sam Terry. Mr. Terry is an excellent criminal defense attorney. Mr. Terry is a skilled courtroom advocate and he cares about every one of his clients. He is well respected by both Judges and opposing counsel. I highly recommend.

I met Sam shortly before I started practicing in Federal court. My clients and I both owe him a huge debt. He has been a constant resource for great advice. We tried a complex murder trial together. Of course, he did a great job, but what struck me is how much he cared about our client. The client still sends us notes of encouragement from time to time. Great guy and great lawyer!

Sam has a common sense approach to resolving criminal cases in State and Federal Court. He is highly respected in our legal defense community for getting amazing outcomes for clients with his exceptional legal skills. I endorse and highly recommend his firm.

Sam Terry has worked with me in three jury trials, so I have had a good opportunity to observe him in trial. He is personable and makes a good impression on jurors and clients. But he is also quick to apprehend the important issue and focus on it. In a very short period of time he has built a thriving practice and I expect him to continue to do well in the future.

I endorse Samuel. He is a highly skilled attorney that is well respected in the legal community.

Sam Terry is a very talented attorney that fights extremely hard for his clients and is always thinking about how to win the case. I have known Sam to wake in the middle of the night and start working on a individual case when he thought of an argument. I have been always impressed with his work ethic and dedication to his clients.

I endorse this lawyer. Sam Terry is a dedicated and very smart attorney. He has a broad experience in municipal law having worked in the Flint City Attorney's Office and in private practice. I had cases against him. I respect his work and advocacy for his clients. I know he is honest and keeps his clients best interest at hear. I am the former Prosecuting Attorney for Genesee County and don't recommend lawyers lightly.