Prior to becoming a criminal defense attorney, Leticia Martinez established a name for herself as both a state and federal prosecutor. She began her service as a misdemeanor prosecutor before working quickly through the ranks of felony prosecutor, Crimes Against Children Unit prosecutor, and Gang Unit Prosecutor at the Tarrant County District Attorney’s Office. She served as the Chief of the Family Violence Unit, Chief Prosecutor in the 371st District Court, Deputy Chief of the Misdemeanor Division and Chief of the Crimes Against Children Unit. Leticia Martinez also served as an Assistant United States Attorney in the Criminal Division of the United States Attorney’s Office for the Northern District of Texas.

Leticia Martinez has extensive experience handling significant criminal matters including shaken baby cases, bank robbery charges, white collar crimes, as well as rape and murder cases. Her expertise in infant deaths led her to an appointment by the Governor to a commission charged with investigating child fatalities in Texas.

Leticia Martinez is above all else, a trial attorney who has tried capital murders, murders, numerous robberies, assaults, sexual assaults, and other aggravated felonies to juries in Texas. 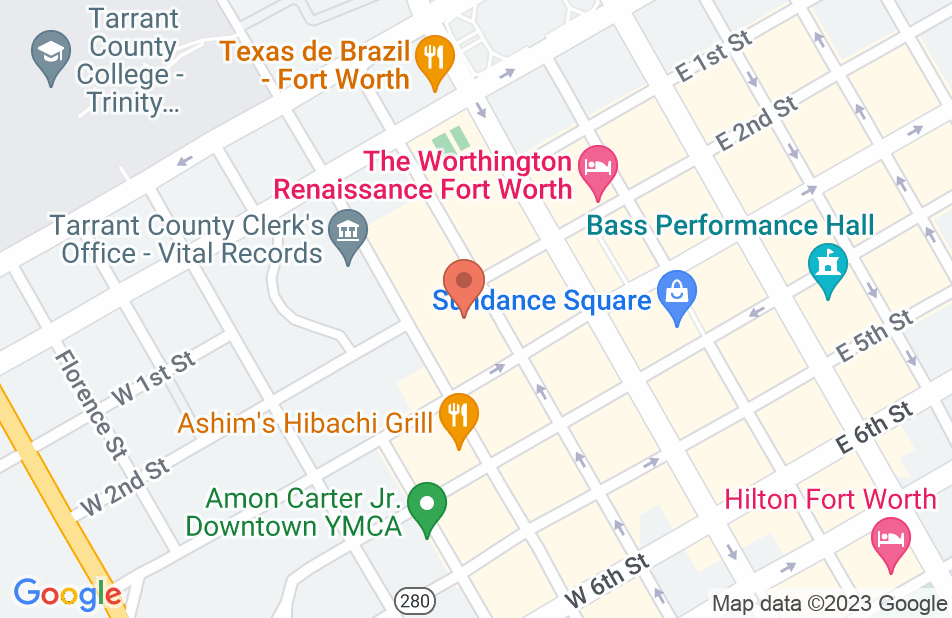 Letty helped me with phone calls to get my wife out of jail on a blue warrant that was no-billed when the charge was no-billed. She still help even though she no longer represented my wife since the case was closed. She went above and beyond to help me do what i needed to get done to help get my wife home. I would recommend her to anybody that needs a lawyer to represent them. If we need great lawyer we will definitely retain her again.
This review is from a person who hired this attorney.
Hired attorney

I was wrongfully accused of sexually assaulting a minor. Letty got my SERIOUS case no-billed at the Grand Jury, and I couldn't be happier. She worked promptly and her (and her team) answered any questions I had during the process and made me feel confident in their work. I highly, highly, recommend her!
This review is from a person who hired this attorney.
Hired attorney

I was wrongfully accused of sexually assaulting a fellow student. I felt that no one was on my side and that I would automatically be presumed guilty. That was before I met with Letty and Christy at Varghese Summersett. Their professionalism and passion for my case helped me through one of the most difficult times of my life. Not only did I feel that I had an attorney who could represent me to the best of their ability, but I had people who truly cared about me and my case. With the expertise and knowledge of the attorneys at VS, I had people who walked me step by step through the process and were there every step of the way. In the end, the allegations against me were dropped. I thank Varghese Summersett for saving my life, and I urge anyone who finds themselves in an adverse situation to seek the support and legal representation of this firm. They will be there for you when no one else will.
This review is from a person who hired this attorney.
Hired attorney

My name is James, and I was recently falsely accused of aggravated sexual assault to a child. Due to the seriousness of these horrendous accusations, I poured much time and effort into researching local law firms for my defense. In doing so, this process lead me to Varghese and Summmersett, specifically, Leticia Martinez and Christy Jack. After speaking with both ladies in a short interview, there was no doubt in my mind that they were the ones I would choose. Having no experience whatsoever in such serious legal matters, I was completely and utterly ignorant to this process. Not only did both Christy and Letty provide exemplary legal counsel, but they also had a very personable and compassionate side. Their attention to detail while putting together my defense was unlike anything I have ever experienced. Christy and Letty’s work ethic went above and beyond the norm while providing countless hours, which included, nights, weekends, and 4 am mornings. Ultimately, their efforts resulted in the successful dismissal of these serious false accusations. This exoneration gave me my life back, and I will be forever grateful to these two intelligent women. Sincerely, James
This review is from a person who hired this attorney.
Hired attorney

I thank her so much for everything she did for me she went above and beyond in every way possible kept my family up to date and stood by my side through every step she worked day and night and never quit nor gave up on me or my case she was not just a attorney she was a friend and a support system that stood in my corner the whole way through this I can't explain how thankful I am of her and how appreciative I am that doesn't just care about her job but she cares about the people she works with its more to her than just a job and that means more to me then anything she blessed me so much and allowed me to be able to come home to my family and the support that she gives and how hard she works is really amazing I thank you Letty Martinez for everything you did for me and my family and I cannot tell you how thankful I am of you for not giving up on me and really going above and beyond for me and my family I can't explain how lucky I was to have you as my attorney and as a support system in my corner you helped me become the man I've become today and without you none of this would be possible thank you so so much.. God bless you
This review is from a potential client who consulted with this attorney.
Consulted attorney

Letty is an incredibly passionate attorney. Once she latches onto a case, she pours over every detail to pull out any existing strength and exploit any existing weakness. She specializes in criminal law and has extensive experience in sex crimes. I would trust Letty with the most serious of offenses and have learned a great deal from watching her fight for her clients.

There are few attorneys who handle every painstaking detail of a case personally, and Letty is one of them. She does it because she cares tremendously for her clients and pours her wealth of experience and knowledge into every facet of a case. As a result of her tremendous efforts, her clients get incredible results. She is a Board Certified Criminal Law Specialist who has extensive experience handling state and federal criminal cases, specifically allegations of sexual abuse of adults and children, intoxication-related offenses and violent offenses.

I am honored to work alongside Letty Martinez. She was my Deputy Chief while I was at the District Attorney's Office, which means I have known her for almost my entire legal career. She is one of the hardest-working, intelligent, and tenacious attorneys I know. She was also Chief over what is now the Special Victims Unit, and has a wealth of experience handling sex crimes and violent crimes. There are few defense attorneys who can rival her experience in handling the most difficult cases - those in which an accusation is being made by a child.

I cannot offer higher praise than to say I trust Letty implicitly. She is former head of the Crimes Against Children Unit, and has extensive experience handling the most serious cases.