Raised in South Texas, John Ross graduated from San Marcos High School.  He followed that with four years as a United States Marine, serving as an infantry squad leader with First Battalion Seventh Marines.  Immediately after, John attended Texas State University and completed a Bachelors in Business Administration with a major in Accounting.  From undergraduate, John went to Texas Tech Law School where he again graduated with honors.

Since graduating from law school, John has had a distinguished legal career handling sophisticated matters for a wide range of clients. John has published articles on Elder Law and has been featured on radio, television and national publications like the Wall Street Journal.  John is also the host of the Aging Insight radio and television programs.

Currently, John devotes his expertise to assisting individuals with their estate planning and elder law needs.  He is licensed to practice in Texas and Arkansas and before the United States Tax Court and the Eastern and Western Districts of Texas.  John is also an accredited Veterans Affairs attorney, a member of the National Academy of Elder Law Attorneys, the Judge Advocate for the American Legion and a member of the board of directors for the Alzheimer's Alliance. 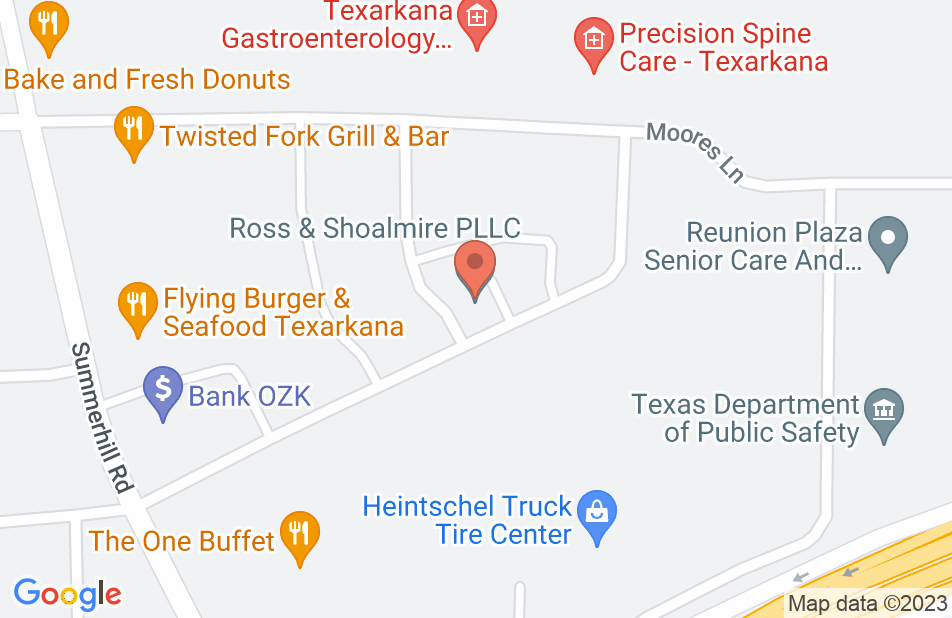 Lawyer with a BiG Heart

Let me give a little history of what Mr Ross assisted my family to navigate. My stepdad left a confusing will. He basically left my mother with nothing but the right to live in their home of 33 years.. For almost 9 years, the person willed the property attempted to take possession several times. Mr Ross was always well prepared and professional. His communication skills are impeccable. When dealing with him on a client to lawyer level he explained our options in clear and understandable terms. I feel Mr Ross is an expert in the area of Elderly Law and highly recommend him to anyone who is in need of legal council. The cities where his offices are located are very fortunate to have such an excellent lawyer with a big heart representing its elderly.
This review is from a person who hired this attorney.
Hired attorney

My husband and I hired Mr. John Ross on behalf of my mother. We needed legal advice, wanting to protect her assets and make the best decisions for her at this time in her life. He had the answers we needed and working with Mr. Ross was a positive and encouraging experience throughout a difficult time. My husband and I appreciate his legal advice and his patience.
This review is from a person who hired this attorney.
Hired attorney

I endorse John Ross and his law firm, Ross & Shoalmire. John has established himself as one of the go-to lawyers in Elder Law, Gun Trusts, and all related fields of practice. I would not hesitate in referring a client to John for these services.