I am a Social Security disability attorney representing claimants at all stages of the disability process throughout Texas and Oklahoma. Many clients begin using our services from the very beginning, so that if there is a need to appeal a denial to the hearing level we have spent a number of months to a year together. This allows for a stronger relationship with better communication between the attorney and client and more understanding of what impairments keeps him or her from working. 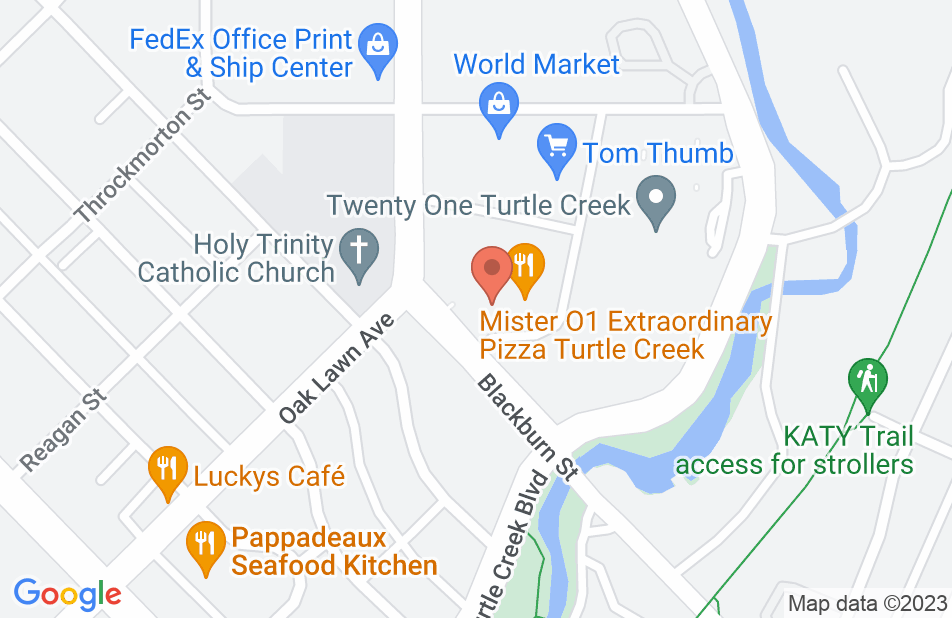 Mr. Barclay was very professional through the whole process, I retained him for the first appeal to the hearing. I felt that he was very dedicated and he wanted to help me win the case, which he did. I was pleased that when I arrived for the hearing and he was there he said that he would do everything within his power to make sure that I won my case. I felt very confident during the hearing speaking to the Judge regarding my disabilities because he was there and was very supportive to me. I would recommend him to anyone I knew that needed a Social Security
This review is from a person who hired this attorney.
Hired attorney

We started in 2015 and won in 2017 a very good lawyer found him online and took a chance and so glad that i did keeps you up to date.
This review is from a person who hired this attorney.
Hired attorney

Truly a great attorney who cares for your case. I can’t say enough great things about him. I was truly blessed to have found him. Thank you so much, Burke.
This review is from a person who hired this attorney.
Hired attorney

Burke is an excellent Laywer who helped me win my case after I have been turned down by ssi three times. I couldn't of asked for a better lawyer or refer any one better. He's not only good at what he does but he takes the time to listen too your problems and has compassion,not to many Laywer's do. If you need someone with knowledge,compassion,strength this is the man you will want at your side!
This review is from a person who hired this attorney.
Hired attorney

When I sought consultation in a lawyer I wasn't sure if I had a case worth taking. When Mr. Barclay called me back and explained that I had a case worth persuing I felt relief. Mr. Barclay was very helpful every step of the way. He was very patient and thorough throughout the whole ordeal. He explained to me the process we were gonna have to go through and assured me that everything was going to be okay. He always kept me informed on the progress of my case, I didn't have to ask. Mr. Barclay made me feel as if I had gained a friend, not just a lawyer. I appreciate everything he has done for me. I will always remember him and I thank him for all he has done.
This review is from a person who hired this attorney.
Hired attorney

Couldn't have done it without his help!

I was referred to Attorney Barclay through an online referral. I didn't know what to expect, but he's a great attorney. He personalizes his attention to what you need and my case was settled a lot sooner than I expected and I know that's due to his hard work and dedication.
This review is from a person who hired this attorney.
Hired attorney

I couldn't have done it without him!!

I was blessed to be assigned with Burke. Though I actually retired in January 2008 due to disabilities, I did not file for disability until December 2014 with Burke's assistance. I had missed my filing deadline (have to file for disability within five years from date of last employment to be eligible for SSDI). I was not aware of the filing limitations and thought myself ineligible because I was married with ample income from spouse. By the time I hired Burke, I was battling not only for my disability, but also for my eligibility to access my SSDI since I missed the five-year window by a year. Burke Barclay was very empathetic to my situation from day one, since I was experiencing not only physical limitations, but also major depression and a strong feeling of hopelessness and desperation due to my inability to work and financially support myself, which became worse once I realized I had procrastinated filing within the deadline. Through the process of being denied the first time and being denied again on my written appeal, I was truly a basket case, but Burke was very calming, and he always listened to me and talked me through each and every step with quiet optimism. It took a year and a half from getting denied on my appeal until I was given a court hearing to plead my case in front of a judge, and I can honestly say the only reason I was able to get through the entire process was due to Burke's compassion and confident demeanor every step of the way! He did the majority of all of the legwork to obtain access to all of my medical records, set up appts for diagnosis testing and put all the information together in a very detailed summary, ensuring we had dotted every 'i' and crossed every 't' for accuracy before submitting my appeal. I can't begin to list how many times he talked me off the wall and calmed me down, assuring me each time that we were in this together for the long haul, and that he would continue to fight for my case for as long as it took and that we would not give up!! In the end, I not only won my disability, but I also won the right to access my SSDI that is paid into for more than 30 years of working full-time. The judge granted my disability immediately and filed that my actual date of disability was January 2008! An important note to anyone filing for disability: If you win your case, Social Security will only approve back pay to one year prior of filing date. Since I filed in December 2014, I received back pay from December 2013 till now. I was somewhat disappointed (for a minute) that SS wouldn't grant me back pay to the date of my actual disability, but their system is set up to prevent windfalls in cases such as mine. Overall, I am ecstatic to have won my case, and I contribute my success to my attorney, Burke Barclay, for not only his thoroughness and determination, but also for his compassion, understanding and support for those less fortunate. I never once had to push or lead him in any way, because he was my rock and gave me 100% of his support and guidance through the long, two-year process. Burke is an outstanding disability attorney, and I feel blessed that I found such an honest, sincere and compassionate attorney to handle my case! He definitely deserves a five-star rating for the work he did for me and I feel sure his other clients must feel the same way!!
This review is from a person who hired this attorney.
Hired attorney

Thank you Mr.Barclay for helping me out with my claim....I wouldn't have know what to do or even where to start ... It went very smooth ....and really fast... Again thank you
This review is from a person who hired this attorney.
Hired attorney

Mr Barkley helped me by answering questions and guided me how to fill an appeal form for ssi . I called him multiple times , he still gave me free advise , he is knowledgeable about ssi . I would recommend him as he actually spend the time explaining to his clients even if he was not getting paid
This review is from a potential client who consulted with this attorney.
Consulted attorney

Billie was a gift. Struggling through a heart attack and now a heart transplant, he helped make it possible for me to get on disability. He did most of the work for me so I didn't have the strain of it. I am so very thankful to him for all his hard work.
This review is from a person who hired this attorney.
Hired attorney
See all reviews