Graduating from Louisiana State University Law School in 1977, Aub Ward started his career in law by working for Federal Judge E. Gordon West as a clerk from 1977-1979. After a few years of practice he took on his own partnership as a personal injury attorney in 1981 with Attorney John Naquin.

Aub is a lifelong member of the Louisiana Associates of Justice along with being AV Martindale Hubble rated, a top ranking for attorneys in the U.S. He has been a member of the American Board of Trial Advocates since 2000 and is involved with such programs as the Gerry Spence Trial Lawyers College, a program he’s actively participated in since 2008 that is meant to assist other attorneys in representing their injured clients. He has also been a Super Lawyer since 2008 and in 2010 as well as 2011 he received recognition as a top rated attorney for Louisiana Life Magazine. 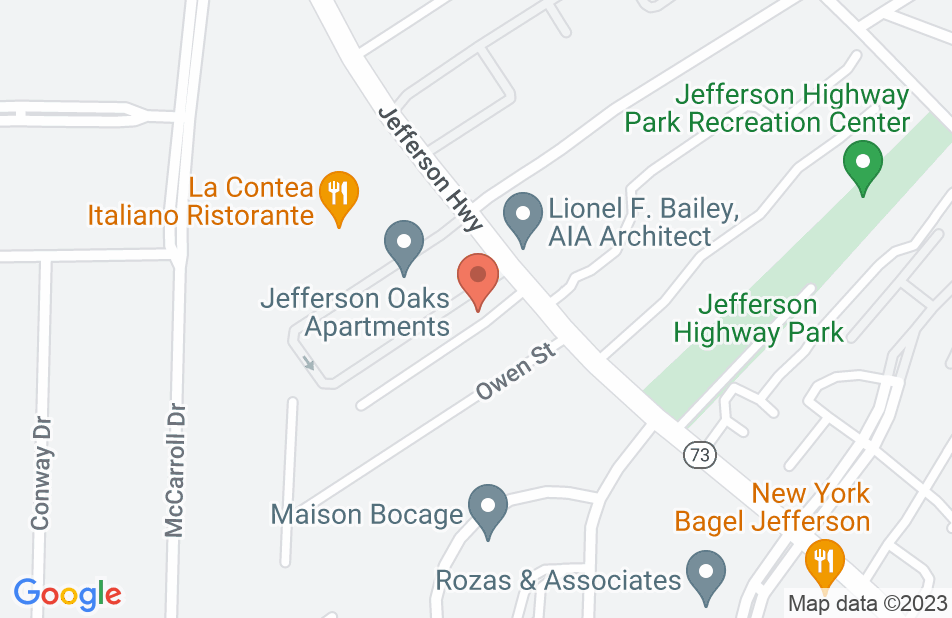 It is very difficult for me to write a review for Mr. Aub Ward in just a few sentences. My entire family was traumatized by my car accident. My entire family had to have additional TLC. I had to have multiple, serious surgeries. Aub did not just call to see how I was doing, he also came to see me in the hospital to check on me. My case lasted for a couple of years. Aub looked at the case like it was a brand new case every single day. Aub was so thorough, knowledgeable, and resourceful that I knew I had been put in the right hands. Aub put countless hours into my case. He consulted specialist all over the country to make sure that he was prepared for anything that the defense could possibly be brought up in my case. Aub went as far as to hire a consultant and several other lawyers for a retreat to see where they may be holes or cracks in my case so that he would be prepared for that. This retreat lasted the entire day. The lawyers involved in the retreat we're not only acting as lawyers to make sure that all the details and factual information in my case was correct, but the lawyers also looked at it from a juror's point of view. This retreat helped my case tremendously. There are not enough words that I can use to express how diligently Aub worked on my case. He never treated me as just another face or just another client. He looked at me as a traumatized victim that needed someone to truly help them. I could not have asked for a better lawyer than Aub Ward. When my husband and I had those first initial meetings with Aub; he did not sugarcoat any of the details of my case. Aub told me what he thought my case was worth and that was the amount that I received. Aub still contacts me to this day to check on me and to make sure that my family and I are doing OK. He is a diligent lawyer, but he also sees a face and a family with each case that he works. Aub is someone that I will stay in contact with for many, many years to come. I trust him, I just his loyalty, I trust his knowledge, and I trust that he will give every case what it takes to make sure that each client receives the best care possible. I am very certain that had I not used Aub in my case, I would not have been awarded the amount that I received. If you want someone that is going to work their fingers to the bone and to also give you the most attention possible, then Aub Ward is your man.
This review is from a person who hired this attorney.
Hired attorney

My wife got in a very bad accident. Aub took us and handle our case with the utmost professionalism. He treated us like family and answered everyone of our questions. Anytime we needed him he was there. He crossed every t and dotted alll the i's. I would recommend him to everyone that needs a lawyer. He still checks in on us years later. Wonderful law firm. His staff is also very professional.
This review is from a person who hired this attorney.
Hired attorney

Aub Ward and I belong to Gerry Spence's Trial Lawyers College and I have worked up cases with him at the College's seminars. Aub is a passionate and fierce warrior in the courtroom and a force to be reckoned with. I would not hesitate to recommend Aub to family members or friends, should they ever need his services.

I met Aub several years ago. He is one of the few attorneys who truly cares about his clients. You may not be his only client, but he will make you feel that way.