Chip LoCoco was born and raised in New Orleans, Louisiana, where he attended Jesuit High School and received his BA degree from Loyola University in 1990 with a concentration in History. He then went on to receive his J.D. degree from Loyola University Law School in 1993 and joined his father's firm, Many & LoCoco, after being sworn in as an attorney in October, 1993.

Chip's emphasis in his law practice is probate, wills, estate planning, interdictions, powers of attorney, living wills and trusts. He has also been appointed by the Court in complex matters to represent the interest of individuals in many differing areas of law.

Martindale-Hubbell has given Chip an AV® Preeminent rating as an attorney, which is the pinnacle of excellence awarded by the Bar and the Judiciary to any individual attorney, recognizing that Chip has the highest possible rating available in legal ability and ethical standards. Chip was named by New Orleans Magazine as one of the "Top Lawyers"  in the New Orleans area.

Chip is also involved in many social and community organizations such as the Krewe of Thoth, the Cefalutana Society and he is a Member of the Metropolitan Opera Guild. Chip is the current President of the St. Pius X Parish Pastoral Council and is the Recording Secretary for the St. Pius X Men's Club. He also serves on the St. Pius X School Board.

Away from law practice, Chip pursues his other interests. He is a recognized novelist. He has authored two novels, Tempesta's Dream and Bellafortuna. He gives talks on opera and Italian culture. He is also involved in coaching baseball and soccer in the community. 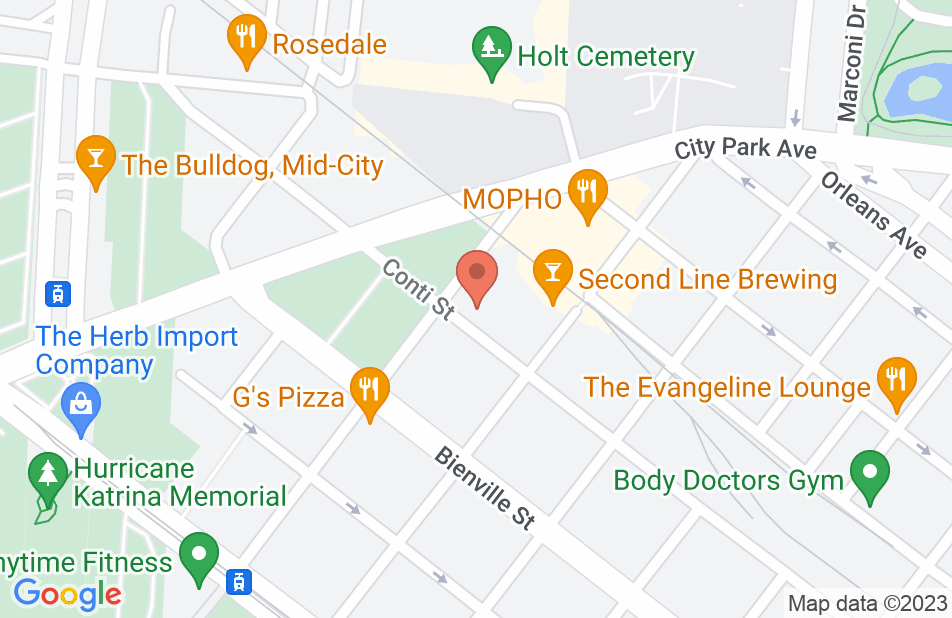 About 5 years ago, I needed competent legal advise for a complete reassessment of my will and estate planning. I met Vincent B ("Chip") LoCoco through his attorney father, who was assisting me in other areas. I was impressed with Chip's expertise in all matters of estate planning. Listening (to another) can seem like a lost art. Chip listens carefully to my needs and concerns, and we engage in conversations that are essential to both of us. Chip is an expert in wills and estate planning. He is compassionate, ethical, and patient. His love and devotion for his family (parents, wife, children, and others) impacts his interaction with clients. Vincent B "Chip" LoCoco has my highest recommendation!
This review is from a person who hired this attorney.
Hired attorney

Mr. LoCoco handled questions we had regarding elder law and prepared appropriate documents for our family. He was extremely knowledgeable, professional and reasonably priced. We would feel very comfortable recommending him to friends and family.
This review is from a person who hired this attorney.
Hired attorney

I endorse this lawyer. He has tremendous respect among the attorneys and judges in the community.

I highly recommend Vincent to anyone in need of a trust or other estate planning work.

I highly recommend Chip. I have referred numerous clients to him and I will continue to do so.

I strongly endorse this lawyer. I have worked with Chip on numerous occasions and have always found him to be highly knowledgeable in his areas of practice, committed to his clients and compassionate. I have sent my own family members to Chip for his assistance, and have done so with great confidence in him.