I'm Chip Cossé, the Heavy Hitter. I will work hard to get you the best result possible.

Chip is a native of New Orleans. He is a graduate of Metairie Park Country Day School and also studied at Southern Methodist University on an academic scholarship. Afterward, he graduated from LSU and LSU Law School.Chip is licensed to practice in all Louisiana State Courts as well as the United States District Court for the Eastern, Middle and Western Districts and well as the United States Fifth Circuit Court of Appeal. He has also been admitted pro hac vice in Georgia, Mississippi and Alabama. As a New Orleans auto accident lawyer, Chip’s top priority is to tirelessly represent his client’s best interests, while treating them with the compassion they deserve. Chip believe that clients should have access to their lawyer as all times, so he shares his personal cell number, just in case they need to reach him at a moment’s notice. He is understanding of the fact that the needs of those who are injured go beyond working hours, so he is always there to help. 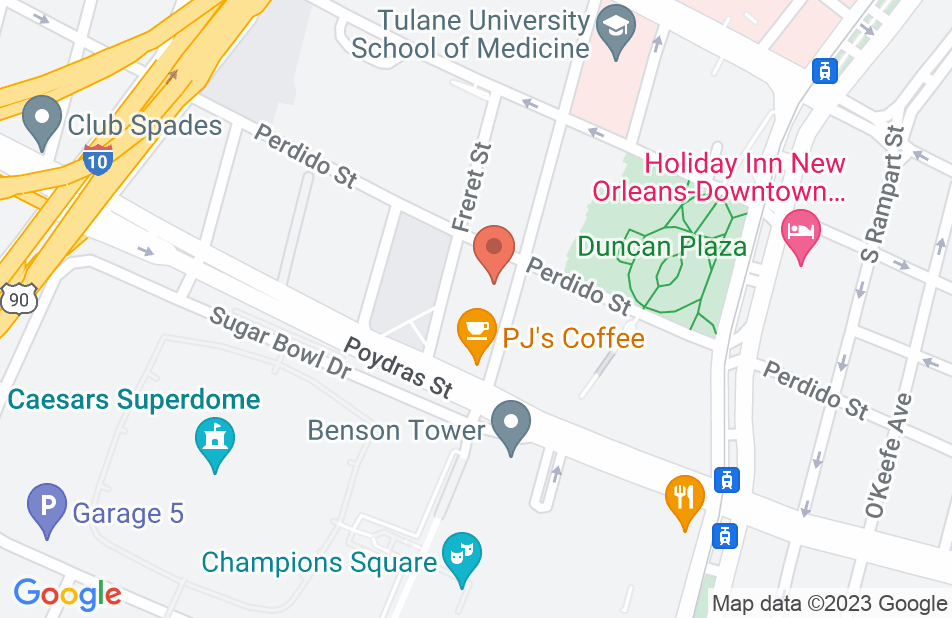 Chip Cosse and his staff have been a pleasure to work with. Every issue has been explained in detail ensuring that I know what to expect and when. All appointments set around my busy schedule as well as being timely reminded regarding each one. Highly recommend Cosse.
This review is from a person who hired this attorney.
Hired attorney

From initial consultation through resolution Mr. Cosse' utilized exceptional diplomacy, privacy and hard corps negotiation skills effectively, timely and proficiently. His care for the client, follow-up, follow-through and after action reporting were phenomenal. Thanks Chip, job well done!
This review is from a person who hired this attorney.
Hired attorney

I've know Mr. Cossé for for several years and I am always pleased with the quality and thoroughness of his work. He and his staff will treat everyone and every case with the respect they deserve. I send my family and anyone I know with a legal matter to Chip Cossé.
This review is from a person who hired this attorney.
Hired attorney

The personal experience I received at the Cossé Law Firm was one of a kind. Chip was always available to help me when I needed him and really went out of his way to make sure I had the best doctors to care for my injuries. You are treated as family at the Cosse Law Firm, not as a client, it is a very unique experience. I will always go to Chip to handle my legal needs.

Chip is an excellent personal injury attorney. Additionally, he makes himself available to his clients at all times and provides them with open lines of communication, as he understands that issues don't exclusively arise between 9:00 and 5:00 on business days.

Chip Cossé is a passionate advocate for his clients who fights for maximum value. More importantly, he is a man of integrity with a stellar reputation.