Proudly serving Jefferson, Orleans and St. Tammany Parishes (Covington, Mandeville, Metairie and New Orleans). I am Board Certified as Family Law Specialist since 1999,  I have devoted my career to navigating clients through deeply personal and emotionally draining legal problems.  "I apply my firm's resources and experience to providing you the security to adjust to changes made more complicated by the uncertainty of the legal system.  I will listen carefully to your concerns, offer sound advice and implement the decisions you make." 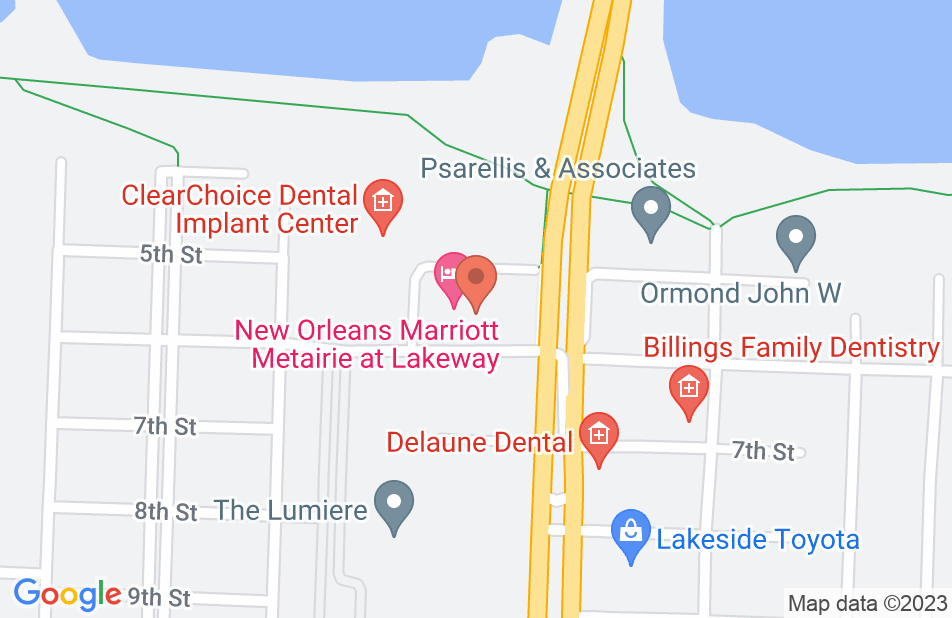 Mr. Conroy and his team understands what they're doing when it comes to laws. I was extremely lost on what to do before I hired him. He fought 2 long years in a brutual custody distpute, amoung handling intricate rulings against me such as 2 ex partes, mental evaluation. I lost my kids twice due to some poor decisions myself by going back to an ex who would film/record me, used previous diagnosis to pin me as unstable, tried to use stolen texts messages, and social media accounts. To top it off, I was an out of state client fighting this custody case from over 1,000 miles away against my exs Super Lawyer as representation. In the end, he believed in me, never gave up, and won my case; which allowed me to relocate with my kids in my home state as dolcimary parent. Coming from two years of working with him, I can assure you there is no better personal attorney who cares. For him this isn't just a paycheck, he truly cares for his clients that cannot be found elsewhere. I as a client did not make his job easy, such as not listening to his advice on a few occasions and still he stuck it out with me till the end. If you hire him, he will never give up on you; I promise no matter how hard the dispute. Him and his team will find the right motions, solutions, and legal advice to win your case. I was ready to give up on a few occasions and without him saying, "I know who you are, I believe in you, okay we'll get you through this"; I really dont believe I'd be here with my kids. For me Conroy is like family and a blessing by God! My exs well known Super Lawyer was no match to Mr. Conroys knowledge in practicing law. An attorney practicing for 30 years showed in court, when it came to my complex case. I cannot express enough how highly I recommend him, this is your attorney!
This review is from a person who hired this attorney.
Hired attorney
Michael Conroy's response: Thank you Brooke. It has been an honor to represent you.

I hired Mr. Conroy after interviewing 4 other attorneys both on the southshore and northshore. Being on the northshore was an added bonus for me. I can not thank him enough for the recommendation of the accountant he directed me to use throughout the legal process. The two of them got the job done for me. After three years, my case is finally settled. The person who walked out on me did NOT get the alimony he wanted, did NOT get my personal business, did NOT get the extra money he thought he was entitled. Mr. Conroy has a strong support staff who is willing to go the extra mile to make you feel comfortable and let you know that everything will be OK. A very special "THANK YOU" to Clara.

Mr Conroy is a very patient and diligent attorney. My mother had an interdiction case and very difficult family dynamics. Mr. Conroy was always available day or night through all of the family turmoil. He was prepared and very professional. However, he was warm and kind as well as going the extra mile to help our family heal. I recommend this attorney he has a great reputation and he gets great results. He offers a personal touch that is rare in his profession.
This review is from a person who hired this attorney.
Hired attorney

Helped with my mother that was severely mentally ill.

He was so caring and helped me figure out what to do in the difficult and painful process of having my elderly mother committed for her own health and safety. Before Mr. Conroy I had no idea what I was going to do or how I was going to help her. He led me all the way and was extremely caring.
This review is from a person who hired this attorney.
Hired attorney

Michael represented me in my custody case. He truly cares about the best interest of the child and will stand behind you 100%. Michael does not play around, he is straight to the point. If you are honest with him he will get the job done right the first time. If you want a lawyer who is 100% committed to your best interest, he is the man for the job.
This review is from a person who hired this attorney.
Hired attorney

Super lawyer of the Year in my book

After finding Mr. Conroy's profile online, I consulted with him. He is the real deal. He explained all my options in regards to my child support case. He enlightened me with information my present attorney failed to inform. He then proceeded to help me devise a game plan. When I thought there was no light at the end of the tunnel he showed me there was. I can not begin to explain how impressed I was, I just pray he recognized my humble appreciation. Take it from me, if you need a Super Lawyer in regards to family law, Mr. Conroy is it.

Going through something as difficult as a divorce or a child custody dispute can be extremely traumatic. I have been through both with Mr. Conroy and throughout there was never any doubt in my mind that he truly cared to see the best outcome for all concerned. He is literally one of the finest and most decent men I have ever met. Words cannot express the gratitude I have for his caring and compassionate handling of my affairs and I would not hesitate to use his services in the future if needed, or recommend him to anybody in need of professional handling of their family concerns. One in a million.

I hired Michael to help me adjust my custody agreement with my ex. Going into this case I had filed for a change of custody in WA state. When she found out my ex had a civil warrant filed to remove the kids from my home and wanted to put sanctions on me for "violating our custody agreement". Michael had a huge mess on his hands. After everything was said and done I got everything I wanted out of the case. He was very helpfull and knowlegable throughout the entire case. My only issue was that he was very expensive but when it came to getting my kids he was worth every penny.

Michael Conroy was hired with a daunting complicated family issue. He worked very diligent and timely in solving the matter. My work life as a health care professional is stressful and the though in dealing with the complex family issues was overwhelming. Michael assured me from the beginning of the cases that he would handle the matters and keep me updated. He is extremely trustworthy and possesses impeccable judgment! His staff is just as kind and efficient. Michael is an excellent attorney.

Mr. Conroy is not only an exceptional lawyer, he is also a caring person. My situation was very complicated especially in the aftermath. My husband and I were going through a divorce and the night we went to mediation, it didn't go very well and my husband threatened my life and then threatened his own. Mr. Conroy had a police escort me out of the building and made sure that I made it home safely to collect some belongings and get out of the house for that evening. Well that night I feel I saved me and my children's lives as that night my husband did take his own life. Mr. Conroy went above and beyond his job as an attorney. I would definitely recommend him for anything needed that pertains to the law. His assistant Ms. Clara is also awesome.
See all reviews

I endorse this lawyer. Michael is a superb lawyer who commands respect among clients, lawyers, and judges. And he cares-- a good guy.

Mr. Conroy has shown a particular knowledge of the subtleties of Louisiana law in providing service to his clients.

Mr. Conroy repeatedly demonstrates his expertise in his practice areas in the answers he provides on Avvo. His knowledge and grasp on family law in Louisiana is vast and accurate. I would recommend Mr. Conroy to those in need of his services.

I endorse this lawyer. Mr. Conroy is a very experienced attorney and has provided excellent responses to inquiries from the Avvo.com community. A potential client would be well served by contacting Mr. Controy.

I endorse this lawyer. Attorney Conroy is one of the finest Family Law attorneys in his state. He is a strong and zealous advocate for his clients and a credit to the legal profession. I highly recommend his legal services.

I endorse this lawyer. Mr. Conroy gives sound and well-founded legal advice. He takes the time to thoroughly understand the problem and offers the most direct solutions.

Michael Conroy is an excellent advocate for his clients on two fronts. Not only does he have a firm grasp of the intricacies of family law and easily navigates the procedures, but Michaelâ€™s ability to look at the big picture is an immeasurable value. He intertwines the legal implications with the practicalitiesâ€”and the outcome is a WIN for his clients.