Charlsey Wolff, married to Bennett Wolff, raised two children, Vanessa and David, in the New Orleans area.  She lived three years in France (Montpellier and Nice) prior to returning to the U.S.  She attended law school in France, while owning two businesses, a restaurant in Montpellier (Hamburger Stop) and in Nice (delicatessen) and working for Berlitz School of Languages, in Nice. She returned to the United States and Mrs. Wolff received a Bachelor of Arts in French Literature in 1981 from Southeastern Louisiana University.  She graduated from Tulane University Law School cum laude in 1986.  She received a Masters in French Literature from University of New Orleans in 1992.

Mrs. Wolff has practiced in the areas of family law, real estate, labor law, personal injury, worker’s compensation, longshore and harbor workers’ compensation and social security disability.  Additionally, she has served her community through volunteer work, including Touro Synagogue Sisterhood, and City Park Nola Bark.  Currently, she is the President of the New Orleans and Metairie chapter of MADD.  Mrs. Wolff currently serves as treasurer of Louisiana Worker’s Advocates. She is a member of the Louisiana Bar Association, the New Orleans Bar Association and the Eastern District of Louisiana.

The Law Office of Wolff & Wolff is located in two Metairie locations and we are proud to serve the Southeastern Parishes of Louisiana. 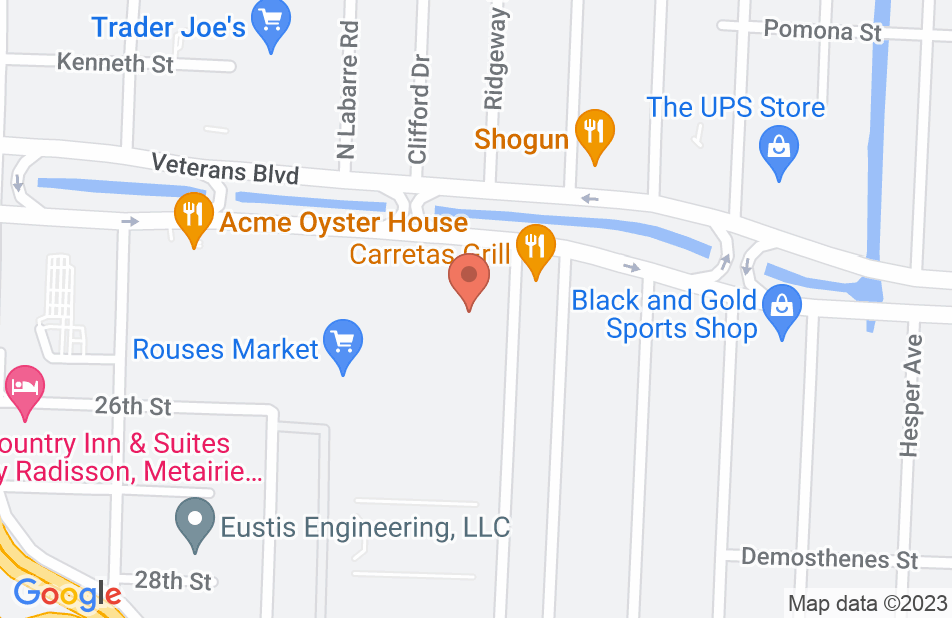 They are a small business and were very straightforward with me about my workers comp case. They will handle all of the paper work for you while making sure you stay covered, if you do not have a lawyer I have heard workers comp will try anything to get you off their coverage so I would recommend a lawyer. Charlsey Wolff ended up getting me a settlement in the ball park of the original estimate she thought I could receive. My main advice would be to really research and read reviews before choosing your workers comp doctor because they will be your go to person for therapy outside of the lawyer. So be picky, though there my be limited options. I would go back to Charlsey if I was injured again or in a car accident.
This review is from a person who hired this attorney.
Hired attorney

Wonderful people to have working for you.

Charlsey handled my case in an efficiently and timely manner. She was always available returning emails, phone calls in a timely fashion. Charlsey and her staff removed stress from a stressful situation, went above and beyond to help. Competent and aggressive with my case.
This review is from a person who hired this attorney.
Hired attorney

Took my son's case even though the police report blamed my son for the accident in which he was seriously injured. Has been working hard to make sure he gets compensated.
This review is from a person who hired this attorney.
Hired attorney

I endorse this lawyer. Charlsey is an exceptional lawyer. She is smart, aggressive and thorough, but a fair opponent.

I endorse this lawyer. Charlsey is extremely caring, compassionate and competent and goes beyond the call of duty in representing her clients.