Ms. McChesney's zeal for the law has spanned over twenty years. Prior to attending law school she worked under numerous Nebraska County and District Court Judges, giving her a birds eye view of court proceedings. Andrea has a passion for helping clients through the legal process. Having firsthand personal knowledge herself - she gets it. After witnessing, what she felt were unfair and one-sided parenting agreements, decisions contrary to the best interests of the children involved; Andrea went to law school with one goal in mind - helping families through this highly emotional time and working fervently for equal parenting for dads and moms. 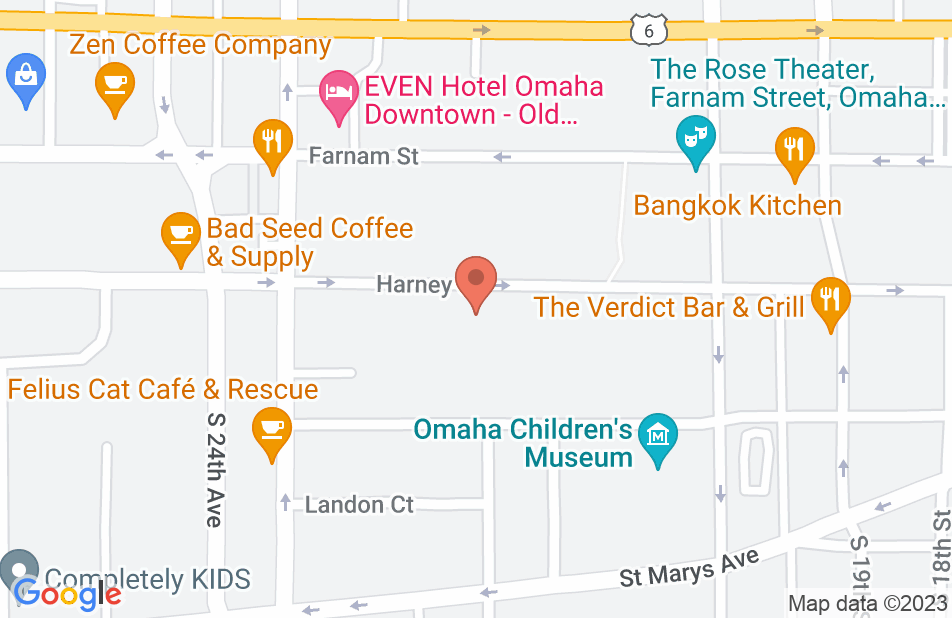 In November, 2013, I first met Andrea regarding my unborn son. My ex decided to cut all contact from me and not let me know anything about the pregnancy. Andrea sent my ex a few letters that my ex ignored. Eventually my son was born in January of 2014. I was not notified. I missed the birth of my own child and the first 4 months of his life because as soon as my ex got the 'okay' from her doctor she left the state. As soon as my ex contacted me asking if I wanted to meet our son, Andrea was on the ball making sure we served her while she was in the state of Nebraska. Of course, the first few court dates the judge granted that jurisdiction be in the state my ex said she was living in. The judge didn't look at all the facts either. (Was not really living in said state at all. Just making it seem like it.) Andrea asked for a re-hearing after the first hearing. Same result from the same judge. We then filed an appeal with the State of Nebraska. In the meantime things had changed and my son had been in Nebraska for an extended period of time so Andrea recommended having her served again. We did, got a different judge who saw what was being done and looked at all the facts. I was able to get some parenting time and overnights in November, 2015. (My case was complicated with jurisdiction which is why this all took as long as it did.) We got a new court date for March, 2016. We were scheduled to have trial. Before we made it to trial, we had depositions with my ex and her attorney. During depositions, Andrea was prepared, on the ball, and adamant to get me what I deserved as a father. My ex's true colors showed along with all the facts. Andrea did such an awesome job, we didn't even make it to trial. My ex agreed to me having 50/50 JOINT & PHYSICAL custody within that week. Andrea is passionate about what she does and showed compassion during the whole process. Andrea never made me feel like I was just another client. She truly cared about the best interests for me & my son. After our first hearing I remember and will never forget sitting in the courthouse with my family when Andrea came out & told us that the judge denied Nebraska having jurisdiction. I was so confused/mad/sad, I instantly started crying. Andrea cried with me, hugged me, and told me what we were going to do next. That day showed me that Andrea genuinely cared about me and my situation. Her staff is helpful, always on the ball with returning messages, and just as awesome as Andrea. If anyone ever tells me they need a good attorney, I'm sending them to Andrea. She is truly the best!! I was blessed to meet her and thank God everyday I did.
This review is from a person who hired this attorney.
Hired attorney

Great office with amazing people!!!! Really appreciate all the hard work the WHOLE Office put in on our case. Very dedicated group. Thanks so much!!!
This review is from a person who hired this attorney.
Hired attorney

Ms. McChesney worked diligently for my divorce case. She showed me compassion through the divorce. Ms. McChesney is an excellent lawyer and she was always prepared for trial. I am grateful for what she has done in my case.
This review is from a person who hired this attorney.
Hired attorney

Laura Pattermann, Workers compensation Attorney on May 18, 2016
Relationship: Worked together on matter

Andrea McChesney is at the top of her field. She is a ferocious advocate for her clients and has their best interests at heart. Her knowledge of the law is impeccable. Our firm refers all of our clients needing domestic or criminal services to her. That, to me, is the highest recommendation I can give. Every client we have referred her way has nothing but wonderful things to say about her services.

I endorse this lawyer. She is hard working and zealously represents her clients.