Lynnette Herrman serves clients in a wide variety of legal matters in Wichita and Sedgwick County, KS and other areas throughout the State of Kansas.

Lynnette graduated from The University of Kansas School of Law in May, 2006 with her Juris Doctor degree, after completing her first year of law school at Tulane Law School in New Orleans, Louisiana.  After graduating from law school and being licensed to practice law in the State of Kansas, she worked in the private sector for former Attorney General of Kansas and former District Attorney for the 18th Judicial District, Vern Miller.  Lynnette became an Assistant District Attorney for the Office of the District Attorney for the 18th Judicial District in May, 2007.  She began her work as an Assistant District Attorney in the Traffic Division, prosecuting misdemeanor traffic crimes, traffic infractions and both misdemeanor and felony DUI cases.  During her time as a prosecutor, Lynnette spent three years in the Child in Need of Care Division, where she prosecuted civil cases involving the abuse and neglect of children.  Lynnette worked as an Assistant District Attorney until late December, 2010, when she resigned to pursue her own practice.  She spent nearly five years as "Of Counsel" with the firm Beall & Mitchell, LLC before moving on to open her own firm until she merged with another attorney to form Cameron & Herrman, P.A. and she was a partner in that firm until is dissolution in September 2020.  Lynnette opened Herrman Law, LLC in October 2020 and offers her clients aggressive and client-focused legal representation

Lynnette was born and raised in the Wichita, Kansas area.  Lynnette was actively involved in competitive speech and debate while attending Wichita Heights High School.  She qualified to attend the national competition in speech and debate during all four years of her high school career, was an all time point leader and All American in the national Speech and Debate organization called the National Forensics League. 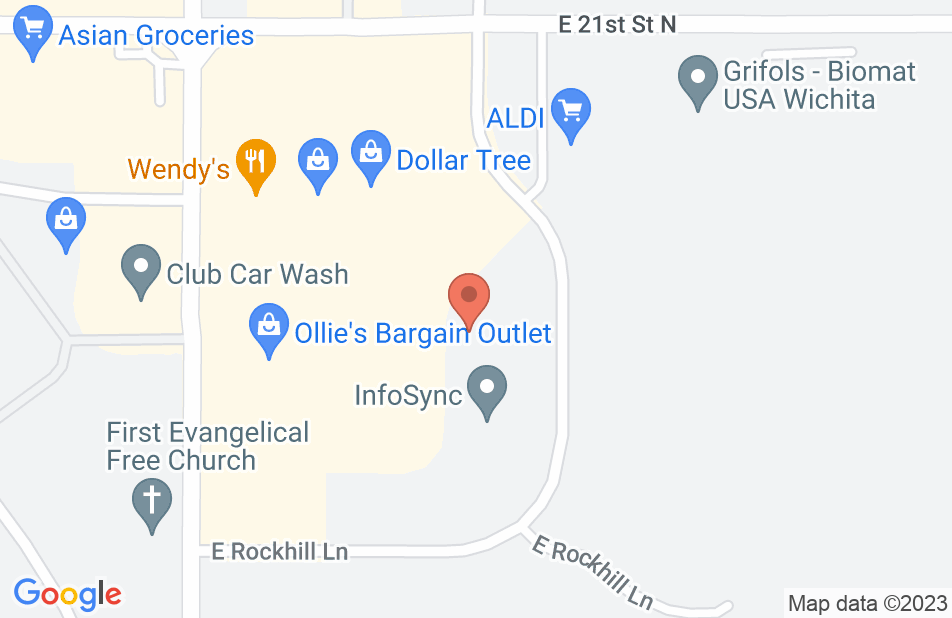 She really knew her stuff and looked at my case from different angles than other attorneys I had talked to. After consultations with two other attorneys before her, I was worried I wouldn't find anyone I liked, but within minutes of meeting her I knew she was the right choice. She was confident but still forthcoming and honest when she answered my questions and I felt very comfortable hiring her. Throughout my case, she stayed in touch whenever needed and worked diligently to uncover all the facts and details about the situation surrounding my case. Ultimately we did win, with what I can only assume was a rather embarrassing defeat for the other side, who thought they had me beat hands down and probably would have with any other attorney on the job.
This review is from a person who hired this attorney.
Hired attorney
Lynnette Herrman's response: Thank you for the review!

Lynnette is an OUTSTANDING attorney! She was able to do what other attorneys were not! She helped me get my kids back after going through a long stressful, ugly custody battle. She is caring, determined, straight to the point and very hard working once on your case! Even with me living out of state she has been great! I HIGHLY RECOMMEND HER to anyone going through a tuff custody issue or any other family issue.
This review is from a person who hired this attorney.
Hired attorney
Lynnette Herrman's response: Thank you so much for the review!

Got my family back.

I contacted Lynnette Herrman when my daughter's mother met a new guy and suddenly decided to take my daughter out of state. Obviously I was no longer necessary. We never had a legal custody agreement and my name was not on the birth certificate because I didn't know she was mine until after she was born. Also, we live in a conservative state that leans heavily towards the mother's rights. Needless to say, Lynnette was fighting an uphill battle from the very beginning. And she told me during the initial consult that this may not be a winnable case. No talking up the sure win just to get hired. Fortunately for me, she seemed to take the wrongness of the situation personally and fought like a bulldog for my daughter and me. Lynnette was constantly in contact asking for small details during her case research, always digging for the slightest advantage. This paid off enormously when her absolute understanding if our situation aloud her to catch my ex in numerous exaggerations and out right lies. And in court, she argued our case almost as if she was fighting for her own kid. By the time she was done, I not only got 50/50 time with my daughter but the judge actually made me primary custodian. Surprisingly, Lynnette was able to do all this with minimal mud slinging in court. I now have a much better relationship with my ex than ever before and that allows us to be much better parents for our daughter. I would absolutely hire Lynnette Herrman for any legal matters I run into in the future. This lady almost single handedly gave me my family back. There is no amount if thanks that will ever cover that. Hopefully this review well help pay it back a little.
This review is from a person who hired this attorney.
Hired attorney
Lynnette Herrman's response: It was a pleasure to represent you and I very much appreciate the review! Thank you!

I endorse this lawyer. She is very professional and fights hard for her clients. I highly recommend her services.