For over 30 years, our firm has assisted injury victims, S/S and divorce clients. Free consultation

Rian F. Ankerholz is a principal partner in the law firm of Ankerholz and Smith. Mr. Ankerholz has practiced law since 1982 when he moved to Overland Park from his birthplace of Lyons, Kansas. A second generation lawyer, Mr. Ankerholz grew up with an understanding of how various legal situations affect people's lives. He received both his undergraduate degree and his law school degree from the University of Kansas. In order to serve the needs of the firm's clients in and around the Greater Kansas City Metropolitan area, Mr. Ankerholz was also admitted to the Missouri bar in 1995.

Mr. Ankerholz practices primarily in the area of civil litigation, with an emphasis on personal injury cases and workers' compensation claims in Missouri and Kansas. The firm was one of the first in Missouri and Kansas to utilize advanced technology and video settlement demand brochures to maximize personal injury case recoveries. He believes two of the most important parts of a jury trial are jury selection and witness preparation. Mr. Ankerholz handles divorce cases and family law matters in Kansas only. He emphasizes the needs and best interests of children in all types of family law cases, including divorce, child custody and paternity matters.

Mr. Ankerholz's wife, Nancy, is a homemaker. They have two daughters. 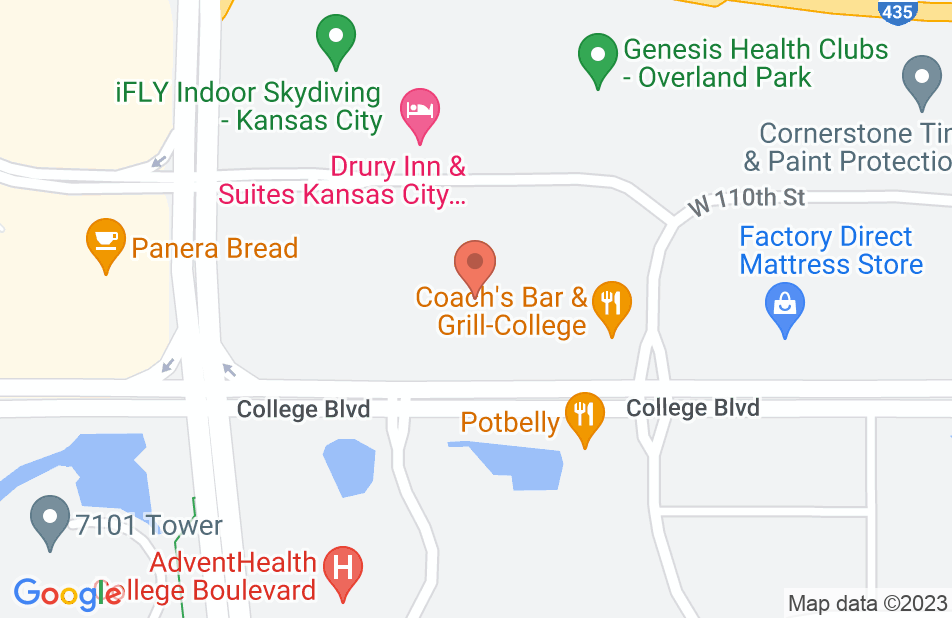 It is my privilege to recommend, in the strongest possible terms, attorney Rian F. Ankerholz. He is extremely competent, exhibits a high degree of integrity, and is well-versed in Kansas family law issues. In addition, he is respectful, calm, engaged, collaborative, an attentive listener, and demonstrates genuine concern for his clientele. He provided me with quality representation, was always well-prepared and thoroughly informed and educated me on all of my options. He made a difficult situation much less stressful and easier to get through. He and his team were always cheerful, kind, and compassionate. I am very happy to have worked with him, very satisfied with the outcome, and highly recommend him as an attorney!

Ryan Ankerholz represented me in a workman's comp case and if it wasn't for him convincing me to be patient I would've received 50% less!!!! He kept me informed of everything going on and what he told me would happen did and I received the MAXIMUM amount allowed in the state of Kansas!!!!! I would recommend him to anyone who wants to win their case. If you have any questions and want to speak with a reference, ask for my number and I'm willing to do exactly what he did for me and that is be HONEST!!!!!!! Sincerely, Brian P.
This review is from a person who hired this attorney.
Hired attorney

This firm helped me win my disability case. They are experienced, professional, pleasant, and they definitely know what they are doing. I give them my highest recommendation.
This review is from a person who hired this attorney.
Hired attorney

Rian is very knowledgeable and effectively handled my custody case. He helped me feel less stressed during a difficult time in my life. He and his staff were quick to respond to my questions, and were easy to talk to. Highly recommended.

I have been a client of Mr Ankerholz since 2006, and never regretted that decision. Even though I live in California, his expertise, responsiveness, professionalism and follow through, helped me resolve a long lingering legal case. I am truly grateful to have found him and his firm A+

Mr. Ankerholz went above and beyond for me. He is trustworthy and he gets results. Anytime I needed to speak with him he answered all my questions in a timely manner. I would highly recommend him to anyone.

Rian has done an excellent job advocating for my family. He kept my case moving forward despite multiple attempts by my ex-husband and his attorney to delay the proceedings. Rian was available to answer questions and concerns that I had. He personally responded to all voicemail and email messages right away. Not only is Rian an excellent attorney, he is also a good person. There is no way I could ever thank him enough for what he has done for my family. If you are seeking representation for a legal matter, and are looking for someone with the experience and know-how to get the results you want, Rian is your guy.

Rian is one of the most straightforward attorneys I have ever worked with. His personality is very pleasant, however, he also does not mince words when he feels something is not possible, or not advisable to do. He was very supportive and helpful. His office staff are awesome. I had tons of questions, and they always made sure I understood what process was happening next. I am very satisfied with the experience I had working with this attorney. I would recommend this practice to anyone needing a quality attorney experience.
This review is from a person who hired this attorney.
Hired attorney

As little as possible, then odd

I hired Than to represent me in my divorce case. He seemed knowledgeable, available and willing to go to bat for me at first. Then after receiving my retainer, it would take him a week to respond to emails. He became interested in taking the path of least resistance and even after communicating serious concerns about my former spouse, he acted nonplussed. It came to the point where I felt as if I had to convince him to stand up for my rights, rather than him looking for ways to represent me. Unfortunately, I had to fire him when it became clear he had a previous working relationship with another attorney who was representing my ex spouse, which caused a conflict of interest. Even after I fired him and he filed the papers to withdraw representation on my case, he still was in contact with the attorneys representing my ex spouse. Rian, on two separate occasions, attempted to reinsert himself into my case and handled my personal and financial information with other parties. This lead me to have to reach out to the Missouri and Kansas State Bar associations. I cannot in good conscious, recommend Rian as an attorney.
This review is from a person who hired this attorney.
Hired attorney

Worst attorney I've had in my life

He spoke down to me. He did absolutely NOTHING for my custody case, He prolonged me seeing my children for seven months before I finally got a real lawyer who does their job. In five weeks after hiring another attorney I was reunited with my kids AND under the terms I wanted. Rian literally laughed in my face and told me that wouldnt happen. FIRED AND NEVER RECOMMEND HIM TO ANYBODY THAT I ACTUALLY CARE ABOUT. Smug and arrogant jerk
This review is from a person who hired this attorney.
Hired attorney
See all reviews

I endorse this lawyer. I have known him professionally for years. His honesty, integrity, and ethics are impeccable, which is generally his reputation in the legal community. He is well known to be skilled in the areas of family law, personal injury, and worker's compensation, and is well-liked by both judges and other lawyers in the community.

Mr. Ankerholz is an outstanding attorney who knows the law and achieves results. I endorse him for legal matters in Kansas.