Scott specializes in all facets of criminal defense, with a focus on client centered representation.

Scott's courtroom success in both felony and misdemeanor cases resulted in his selection as Top 100 Trial Lawyers by the National Trial Lawyers in 2014.

Scott went on to obtain his Juris Doctorate from the University of Missouri- Kansas City School of Law. While in law school he was the winner of outstanding oral advocate in the Ellison Moot Court Competition. Further, he competed on the national moot court team. Scott in law school also interned at the Kansas City Public Defender Office, which allowed him to work on high profile felony cases. Scott’s high aptitude in trial preparation and argument led to him being selected by faculty to the distinguished Order of the Barristers.Upon graduation he worked at McGonagle Spencer PC, a small law firm in Kansas City, which specializes in plaintiff’s class action work, personal injury, and criminal law. While at the firm Scott was an advocate for clients who had suffered life altering injuries. Wanting to get back to Springfield and back into the court room on a regular basis Scott accepted a job with the Missouri State Public Defender’s Office, practicing solely in Criminal Defense.Working at the Public Defender’s Office, Scott participated in numerous bench and jury trials at both the misdemeanor and felony level in state court. Scott had frequent success in felony and misdemeanor litigation.Scott remains involved in the Springfield Community with Big Brother Big Sisters of the Ozarks and serves on the Theta Chi Iota Beta Alumni Board of Directors. 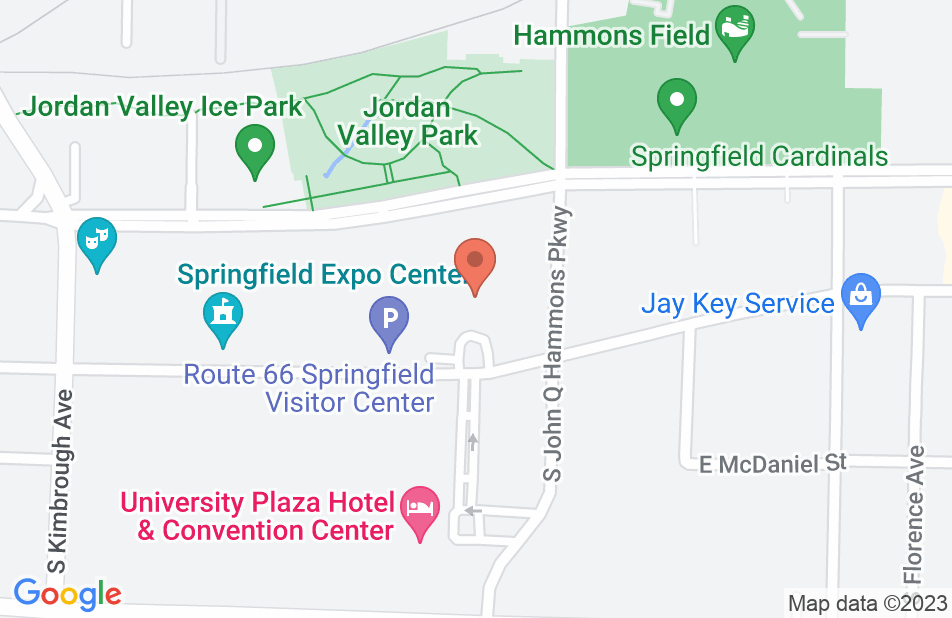 Everything I Could Ask For- and Then Some.

Scott has been remarkable to work with over the past 2 years during my case. After having been convicted of 2 DWI's in a short amount of time, I came to this office lost and in dire need of guidance. Scott has since been mentoring me and jumping through hoops to be sure I was safe from jail-time. Every time I've spoken with Scott, he's always very personable and easy to speak to over what's going to happen next with my case. He's helped me through some extremely difficult times during this process and kept me motivated to push forward. I would definitely recommend Scott Pierson to any potential client, he will not let you down.
This review is from a person who hired this attorney.
Hired attorney

Mr. Pierson was very professional and took my case very seriously, he was very helpful with making sure I understood everything and walked me through every step of the case. I would highly recommend Mr. Pierson not just for his good track record with cases but his hard work ethic and time he gives his clients.
This review is from a person who hired this attorney.
Hired attorney

I was facing multiple felony charges due to false accusations from an ex wife. Scott and his team managed to negotiate for all charges be dropped. I have a clean record and peace of mind. The results were far better than I imagined or hoped for.
This review is from a person who hired this attorney.
Hired attorney

Scott skillfully shepherd my case through to a favorable outcome. He is confident, professional, mindful and easy to work with.
This review is from a person who hired this attorney.
Hired attorney

Scott was able to reach the outcome I hoped for in my case. He kept me informed from the beginning of the process to the end. I was informed quickly and clearly what I need to do on my part.
This review is from a person who hired this attorney.
Hired attorney

Scott is an excellent lawyer and was able to get the result we wanted despite several challenges in the case. Would highly recommend!
This review is from a person who hired this attorney.
Hired attorney

The very best of the best.

I've hired Scott to take care of two legal matters and both times he was a super attorney. Scott cares very much about all of his clients and will go to ends of the earth to make sure your matter is taken care of. He is beyond professional and will stand by your side every step of the way. He will make sure that you do the things he asks of you and in the long run, it will be most beneficial to you. I would recommend Scott any day. His dedication to his work and clients is beyond measure. If you want the very best of the best, Scott is your man.
This review is from a person who hired this attorney.
Hired attorney

I used Scott for exspungement, him and his staff were always very accommodating. At court the day of hearing I was very nervous as the prosecutor was foing his best to prevent my success, Scott went out of his way to make me feel secure and calm, Scott makes it a personal battle he intends to win!!! The price Scott charged i felt was fair and worth every penny!!! Sarah his assistant multiple times responded immediately to calls or emails when i had any concerns, even a few times at early morning (5a.m.) hours. In the court room Scott was more prepared than any attorney I have ever seen and does very well with wording and getting his points understood. He is a beast!!! Highly recommended him!!!
This review is from a person who hired this attorney.
Hired attorney

I emailed Scott's firm in February of 2015. At that time I had already plead guilty on a stalking case via text messages to a 21 yr old adult. I knew nothing about the criminal system. I found myself being treated as a child molester which my previous attorney told me would not be the case. I had obsconded my probation and wasn't even living in Missouri at that time. Scott was able to get my warrant withdrawn I came back to Missouri. My probation officer was hell bent on me serving 4 years in prison. Scott"s quick thinking in the courtroom limited me going for only 4 months. After 2 years Scott was able to get me no longer treated as a sex offender. A huge releif because if the state had there way I would have been treated like a sex offender for 3 more years. He also was able to get me my time served credit. So I'll be done w/ my probation in 4 months instead of nearly 3 more years. Through the whole process he kept up to date and did the very best he could with a horrible situation for any attorney to handle. I feel that he truly cared about me as person. After a lot of hardwork on my part, and his my life is much better today than a few years back.
This review is from a person who hired this attorney.
Hired attorney

Couldn't have asked for a better Lawyer!

After receiving my first ever citation, I had less than a month to figure out what I was supposed to do- Luckily, a friend referred me to The Law Offices Of Dee Wampler & Joseph Passanise whom i contacted not even a week before I was to appear for my first court date. Right away I was contacted by Scott Pierson and the process began. Scott and his team were extremely helpful and I will forever be grateful for their hard work and amazing results in my case!! I realized that they weren't your typical lawyers; they not only wanted to get you the best possible outcome but they also wanted you to put in the work and effort of bettering yourself and helping your own case for the best possible outcome as well. To me, that says a lot. They helped me in more ways than just 1. You or your loved ones will NOT regret hiring anyone at The Law Offices Of Dee Wampler & Joseph Passanise. I highly recommend Scott Pierson! At the end of it all, my case got dismissed!
This review is from a person who hired this attorney.
Hired attorney
See all reviews

Scott is an up-and-comer in the Springfield legal community who serves his clients well. His drive to achieve what's right for his client is unmatched.

I endorse this lawyer. Scott is an asset to the legal community as he has a wealth of legal information and is always willing to discuss the law with other lawyers. Great attorney that does great work for his clients!

I endorse this lawyer. Scott is one of the brightest lawyers around and has a true passion for helping his clients.

Scott's help was invaluable to our firm and his professionalism kept both the client and other parties calm during a difficult moment.

Scott is a passionate and highly qualified criminal defense advocate, and he is backed by one of the most reputable criminal defense firms in the southwest Missouri area. I endorse this lawyer.

I endorse this lawyer. Mr. Pierson is a tireless advocate for his clients. Further, he is one of the brightest young attorneys in the criminal defense field.

I endorse this lawyer. Scott Pierson is a knowledgeable, experienced criminal defense attorney.

I endorse this lawyer. Scott Pierson works hard for his clients and is a zealous advocate in the courtroom.