Get the experienced legal representation you deserve. Do you know your rights?

Jim has experience in multiple areas of the law but now practices primarily in the areas of criminal defense, personal injury and civil litigation. His criminal defense practice involves representing individuals who have been charged with serious crimes, including drug possession and sales, assaults, armed robbery, murder as well as property crimes such as stealing and embezzlement, among others. Jim’s personal injury practice focuses on representing individuals who have been damaged as a result of the negligence of others, including motor vehicle collisions. He has successfully tried dozens of jury trials for injured individuals, wrongful death claims and felony criminal charges. Jim has handled thousands of criminal cases involving violations of the law related to alcohol and drugs over his long career as an attorney. He prides himself on his well-deserved reputation as an aggressive advocate for his clients and the favorable results he obtains for them. Highly regarded in the legal profession, he has received an AV rating, the highest rating awarded for attorneys by the prestigious national attorney rating firm of Martindale-Hubbell. He has served on the Board of Directors for the Missouri association of Trial Attorneys, as President of the St. Charles County Bar Association and has received a service award from Legal Services of Eastern Missouri. Jim and his wife have three children and several grandchildren and live in St. Charles.

For a free consultation with Mr. Carmichael regarding a criminal matter or personal injury claim, call 636-949-9300. 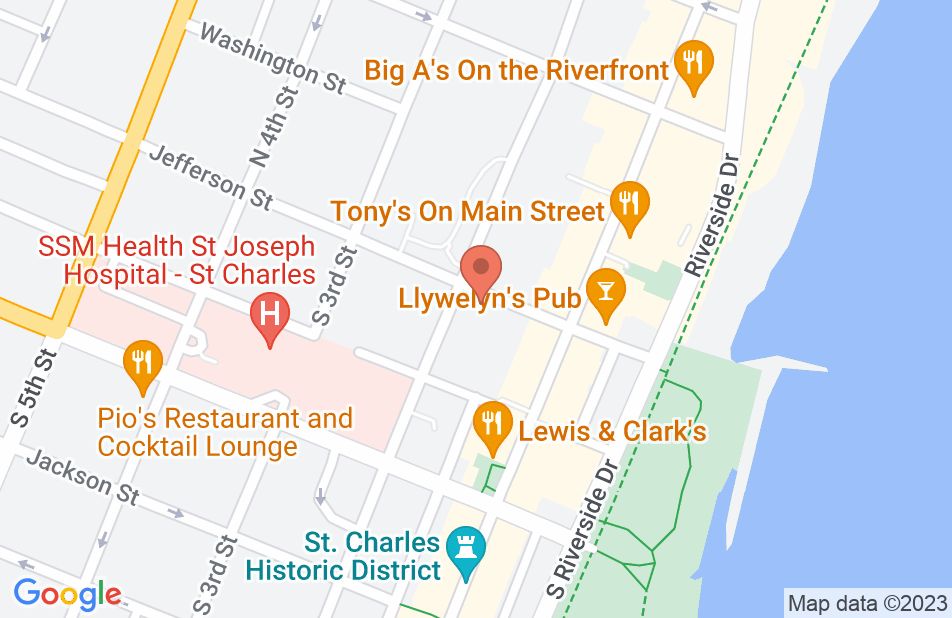 Mr. Carmichael handled my son's drug charges in St. Charles court. Through his tireless efforts he got the best outcome my son could have gotten considering the seriousness of Sean's charges. But, beyond being professional and knowing the law, Jim was compassionate and kind, in a profession that can harden someone's feelings, Jim has the rare quality of balancing it all. I highly recommend him, he would be your best voice in your legal matters.
This review is from a person who hired this attorney.
Hired attorney

Mr. Carmichael was great to work with. He took care of my expungement as well as a few tickets and a felony charge for a friend of mine. Listened and was very easy to work with. Extremely professional and got the result he said he would. My thought is you get what you pay for when working with attorneys. I would recommend him to any friends or family.
This review is from a person who hired this attorney.
Hired attorney

Undoubtedly Best of the Best

Jim represented me with each time for three DWI arrests. In addition to that, I have a complicated background and he was able to achieve the absolute best possible scenario each time. I have spoken with others who had similar situations and represented by different attorneys and was amazed at the terrible outcomes they received compared to my outcomes. Each time he provided me with detailed scenarios of potential ramifications and each time was able to get me the best possible result. Personally, I do not post reviews very often for products or services unless I am absolutely amazed. I HIGHLY recommend Jim Carmichael whenever anyone asks me about a good attorney. If you need Jim's services, you will not be disappointed.
This review is from a person who hired this attorney.
Hired attorney

Mr. Carmichael is the most sincere and honest attorney I have ever met or had dealings with in my personal and professional experiences. I enjoyed speaking with Mr. Carmichael each time we spoke. If you are have a concern about your situation, Mr. Carmichael will be honest and straight forward about what he expects your outcome will be. He will offer you the options that will best suit your case/needs. He has very good relationships with the prosecutors in both St. Charles and St. louis counties. Trust in Mr. Carmichael. J. Keith
This review is from a person who hired this attorney.
Hired attorney

After finding myself in possible trouble for the first time in my life, I contacted Mr. Carmichael. I was able to schedule an appointment with Mr. Carmichael the same day I called. During the first meeting, he listened to my story, writing everything down and then asking many questions. After many months, I found I was being charged with a misdemeanor. Mr. Carmichael knew how frightened I was and tried to make me as calm as possible. After many months of his dealing with the prosecutor's’ office he informed me that all charges were to be dropped against me. He is the only one, other than my family, who knew how relieved and ecstatic I was and I will never be able to thank him for all he did for me. I would recommend Jim Carmichael to anyone who is in need of an attorney for any reason. He always made himself available and answered my questions in a timely manner. He was not only professional but he was caring
This review is from a person who hired this attorney.
Hired attorney

A win for Carmichael

Mr. Carmichael represented me. Not just relying on his best judgement, he indicated he consulted his peers on the best way to present my case. He answered all my questions. He provided detailed ramifications based on different outcomes of the case. His availability was top notch via both email and phone communications. Overall he was a comfort and guide during the experience.
This review is from a person who hired this attorney.
Hired attorney

Man to go to

Jim Carmichael is an outstanding lawyer. He takes the time to answer all questions and is very helpful. Definitely would recommend him.
This review is from a person who hired this attorney.
Hired attorney

I endorse this lawyer. I have known Jim Carmichael for over twenty years. He consistently gets terrific results for his clients. He also always is aware of the updates in the changing developments in the law. I had referred friends and family to Jim: I cannot think of any better endorsement than that.