She attended law school at the University of Missouri - Kansas City and graduated in 2000. While in school she was an Editor for The Urban Lawyer Law Journal and authored an article for publication. She received the American Jurisprudence Award for Conflicts of Laws and was on the Dean's List. After graduating Kari practiced law with a multi state defense firm in both its Kansas City and St. Louis offices. This experience gave Kari firsthand knowledge of the strategies that insurance companies, and their lawyers, utilize to defend and deny claims of individuals that are injured. Kari now uses this knowledge to help her clients in their cases.

Kari has successfully won verdicts, awards and settlements in multiple jurisdictions, including St. Louis County, the City of St. Louis, St. Charles County, Jefferson County, The Missouri Division of Workers' Compensation and The Illinois Workers’ Compensation Commission. In her practice Kari has obtained millions of dollars for her clients injured by the negligence of others throughout the states of Missouri and Illinois.

Kari has successfully handled wrongful death cases across the state of Missouri. In one case she represented the family of a man who was a pedestrian when he was killed by a negligent driver on a roadway. In another, she represented the family of a man killed in a trucking accident. Kari has handled numerous cases for individuals injured as a result of drunk drivers, and is experienced with the special challenges involved in these types of claims. Recently, Kari obtained $1,177,000.00 for family that sustained various injuries in a one car accident when the driver of that vehicle lost control and the vehicle overturned.

Kari has been selected as one of the Top 100 Trial Lawyers in Missouri by The National Trial Lawyers. The National Trial Lawyers is a professional organization composed of the premier trial lawyers from across the country who exemplify superior qualifications of leadership, reputation, influence, stature and profile. Kari has also been named one of the Top 40 Under 40 Litigation lawyers in the State of Missouri by the American Society of Legal Advocates, an invitation only organization comprised of the nation’s most skilled lawyers. Members in this organization must not only have stellar legal credentials, but also have proven commitment to community engagement, leadership, and the highest professional standards.

In 2004 Kari was appointed to the Missouri Bar's Workers' Compensation Committee which consists of Judges and attorneys across the state. The Committee's purpose is to study the law and develop legislative proposals, as well as publish educational materials and present programs about current trends in the law. Kari has also given lectures on the effects of legislative changes in the Missouri Workers Compensation system at Continuing Legal Education seminars.

Kari also serves on the Board of Kids' Chance, Inc. of Missouri. Kids' Chance is a not-for-profit organization which provides post high school scholarships to children of Missouri workers killed or disabled on the job. In addition to being on the Board, Kari is a member of the Scholarship Committee, where she reviews the applications for scholarships for approval.

Kari grew up in St. Louis, with numerous physicians in her family. Both her father and grandfather had medical practices in the St. Louis area, and her father was the Chief of Family Practice at a hospital system in St. Louis for numerous years. Kari’s brother is also a physician. This gives Kari a unique resource she utilizes in her representation of seriously injured clients.

Kari lives in St. Louis with her husband, who is also an attorney, and their son. 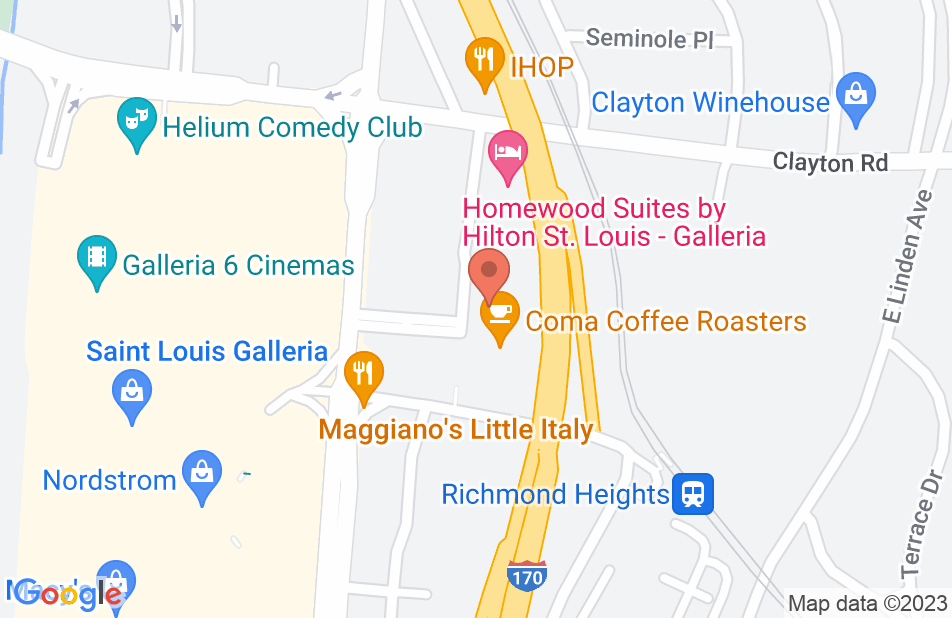 I have used Kari Peterson twice now for work-comp related issues. She is thorough, compassionate, and reliable as well as taking a personal interest in your case and personal situation. When you have questions or concerns she is dependable on getting back to you ASAP. Kari even took the time out of her family vacation to reply back to me! Kari ensures that you are treated correctly and fairly throughout your litigation. I have heard many horror stories from others regarding their work-comp cases in my profession. I can tell you that YOU WANT and YOU NEED Kari Peterson representing you, period!
This review is from a person who hired this attorney.
Hired attorney

Kari is excellent! She kept in touch with me every step of the way. I received a settlement that I thought was very fair and ethical.
This review is from a person who hired this attorney.
Hired attorney

I am very selective when it comes to seeking professional services. Ms Kari Peterson, there is so much that I can say about this wonderful and professional Lawyer. She is very efficient, considerate, trustworthy, reasonable, and ethical. She "fights on your behalf." She is available to her patrons without hesitation. She is a very good listener and I felt so comfortable in her presence. I recommend her 100 percent! Give her a call and experience the professional care that I received. KARI S PETERSON, OSC LAW
This review is from a person who hired this attorney.
Hired attorney

Kari was referred to me by a colleague to handle a workers' compensation claim involving significant permanent injuries. Not only did she get us a complete recovery in the work comp system, she recommended and pursued a civil action against third parties due to the faulty equipment at issue. I have dealt with other work comp attorneys and do not know of anyone else who would have put nearly as much thought, hard work and dedication into our case.

I endorse this lawyer. Kari does excellent work for her clients. I highly recommend her.

Kari is an excellent attorney with a great reputation. I highly recommend her.

I endorse this lawyer. Kari aggressively represents the interests of injured workers in both Missouri and Illinois. She knows the law and is a great asset to the Plaintiff's bar.

Looking out for her client's best interest.