Attorney Christopher Cox is a native of St. Louis and has lived here his entire life.  He attended DeSmet Jesuit High School, and graduated from St. Louis University with a B.A. in Psychology.  Mr. Cox went on to receive his J.D. from Washington University School of Law in 1988.  After completing law school, Mr. Cox practiced both civil and criminal law with a small firm in Clayton, Missouri, for the next 8 years.  In 1996, he formed his own law firm and in 2012 moved that office to the Chesterfield, Missouri, area.    Mr. Cox is a highly-experienced attorney who has been practicing law for over 30 years.  He has helped countless individuals and families with their estate planning and probate/trust administration needs.

Mr. Cox is admitted to all Missouri and Illinois state Courts and is an active member of several area bar associations.  In addition, he volunteers extensively, regularly providing pro bono legal work to needy families through local charities, and also actively works for the humane treatment and legal protection of animals.

Mr. Cox is married, has one child, and lives in Chesterfield, just minutes from his law office.  He's very involved in his son's growth and education and has coached grade school baseball and basketball, was a Cub Scout den leader, and is currently an Assistant Scoutmaster in his son's Boy Scout Troop.  Mr. Cox loves various sports, movies, travel, metal-detecting, and target shooting. 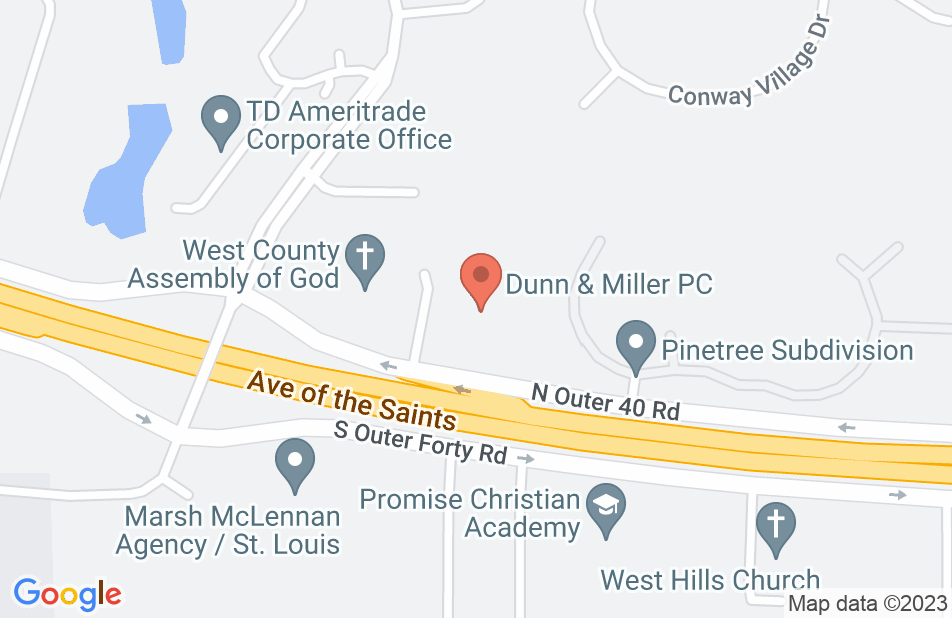 Chris Cox was very professional and provided the upmost care when it came to our case. With his expert negotiation and knowledge we were able to settle our case without having to proceed to court.
This review is from a person who hired this attorney.
Hired attorney

I used Chris Cox for my divorce and a business matter. During my divorce, it was Chris who continued to look out for my best interests in the present time and the future. He's a lawyer with a heart, which one doesn't always find these days. He also helped me with a business matter that needed tending. He was efficient, resourceful and, as always, pleasant to work with. I highly recommend him!
This review is from a person who hired this attorney.
Hired attorney

Chris has done a lot of different work for me, from organizing an LLC to estate planning. I have been working with Chris for over 10 years, and highly recommend him.
This review is from a person who hired this attorney.
Hired attorney

Chris is a thoroughly professional attorney who never forgets his mission: helping people protect what they have worked so hard to build. His work in trusts and estate planning is second to none in St. Louis.

I endorse this lawyer. Christopher Cox is an intelligent and thoughtful attorney who advocates for his clients' best interests. We have been on opposite sides of a matter. I find him to be a worthy adversary with impeccable character. Although he advocates for his client's position, he is willing to work on non-adversarial solutions. I would highly recommend Christopher Cox to anyone who needs skilled advice and representation in any business law matter.

Chris and I go back over 5 years. Chris stays on top of his areas of law such as litigation and Illinois among others. He has great skill and knowledge in his chosen fields of law. He seeks and finds the best outcomes in matters for his clients. Chris is worthy of referrals in his areas of practice.

I met Chris Cox over 20 years ago and have referred a number of clients to him over the years, in the areas of probate and estate planning, family law and civil matters. Chris is knowledgeable in many areas of practice and provides excellent service to his clients. Chris practices with integrity and conscientiousness, and enhances the reputation of lawyers in the St. Louis community. I recommend Chris highly.