During all three years of law school, Mr. Goebel worked as a law clerk, first in the Jackson County Public Defender's Office and later at the State's Attorney's Office. While in law school, Mr. Goebel was a member of the Southern Illinois American Inns of Court. He was on the Law Journal. He is a member of the Phi Kappa Phi National Honor Society. He also received the CALI Award on three occasions.

While many attorneys tend to practice in only one or two areas, Mr. Goebel has skills and expertise in diverse practice areas. He is adept at trials in both civil and criminal cases. He has tried cases in state and federal court, and he has represented clients in numerous administrative law venues. He has taught seminars to drug and alcohol counselors on the Secretary of State Driver's License Reinstatement Hearing process and he has been a guest speaker at Continuing Legal Education seminars. 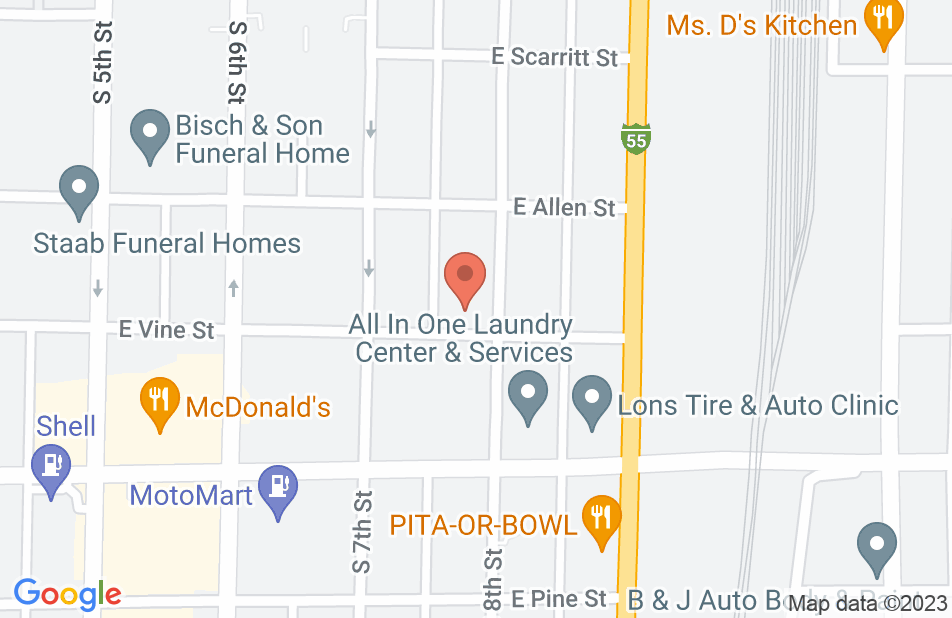 Best in the area!

5 stars and excellent is an understatement!! I was in a nasty jam to say the least. I'd hire Mr. Goebel again in a heartbeat if I ever needed a gladiator on my side. If you are ever in a bad situation I highly suggest you contact this man immediately. If very professional, straight to the point, respectful, and timely response every step of the way paired with a great outcome is what you're after look no farther. Not enough stars to place a rating on the service that was provided!! Best decision I ever made!!
This review is from a person who hired this attorney.
Hired attorney

Very professional and quite possibly the best in the business Todd does not like to lose and from what I experienced I do not believe he ever will. Against all statistical odds Todd was able to do what most lawyers were not able to do for me when it came to my case. 1. He won. 2. He showed time and time again that he actually cares about what he does and not just about the money that comes with the job. He is a very honest and straight forward man who showed me undeserved and unparalleled respect when it came to fighting for me to get my work permit after receiving my 2ND D.U.I. I would recommend with the upmost seriousness hiring Todd. There is no better lawyer to be handling a case with such a potentially large impact on somebodies life. Thank you Todd. Me and my family are more grateful than you will ever know. Great lawyer. Great man.
This review is from a person who hired this attorney.
Hired attorney

Todd is an excellent lawyer. I hired him to get my restricted driving permit and then to get my drivers license reinstated. Both times he was very professional and very good at his job. I would recommend hiring him.
This review is from a person who hired this attorney.
Hired attorney

Todd M. Goebel got me through a rough and scary time in my life, his help was a great feeling of hope for me and my family when our options appeared limited, I was worried we would lose everything because of a traffic violation but Todd not only was able to defend me but offered emotional stability to myself and those I care about most, and got a satisfactory resolution. He kept me informed throughout the process and did not only build a strong case but also followed up and supported the case and myself all throughout. I hereby recommend Todd M. Goebel without reservation. Thank you, Todd!
This review is from a person who hired this attorney.
Hired attorney

Hiring Todd Goebel to represent me in a very, very difficult legal matter was one of the best life decisions I have ever made. Mr. Goebel is one of the best if not the best in his field with his knowledge, experience and work ethic. He treats you with respect and gets the job done!! Mr. Goebel had me soo prepared for everything. We had to be perfect to even have a chance at winning and we did it with Todd's expertise. I know no other attorney that could have gotten the winning result Todd did. On top of the expert legal work, he also showered me with other little pieces of advice on life and how to handle certain situations as they come up. The respect he showed me as a person, not just another client really puts him and his whole office in another league. If you are ever in need of an excellent professional winning attorney, Please call Todd Goebel. You will be very happy you did!
This review is from a person who hired this attorney.
Hired attorney

Todd is hands down the best attorney I have ever had to work with. I come from a family of attorneys and he is hands down the best. He is down to earth and gives it to you straight with guidance on the way. I am very thankful for him. He’s also super cool.
This review is from a person who hired this attorney.
Hired attorney

I had Mr Goebel represent me for a legal matter and I had a great experience with him. He was on top of my case, stayed in contact with me they the whole thing unlike lawyers I’ve had in the past. He’s a great guy, has a good sense of humor and he is very very professional!! his office staff and secretary are also very helpful and kind. he tells you he is going to do something, he is going to do it. I would highly recommend him to anyone for ANY Legal matter.
This review is from a person who hired this attorney.
Hired attorney

I hired Todd Goebel to assist me with getting my driving privileges reinstated after losing them because of two DUI’s. Todd was an excellent attorney, I would not hesitate to hire him again or recommend him to anyone in need of a solid attorney. He was diligent, organized, and very responsive when I contacted him. Todd and his excellent office staff guided me through the entire process from start to finish, answered all my questions, were extremely helpful and patient. The attorney you choose to represent you makes all the difference in the world. I know that now and am very thankful I hired Todd to help me get my life back on track.
This review is from a person who hired this attorney.
Hired attorney

I was in a bind with the Secretary of State. He was extremely helpful. He walked me through the process and took care of all of the hearings and filings. Not only did he take care of the professional aspect, he also took the time to check in ahead of deadlines. For a bad situation, that I had made for myself, he treated me like a person and with compassion. He understands the system and helped decrease anxiety every step of the way. He has even checked in after the fact. I'd recommend him to anyone in need.
This review is from a person who hired this attorney.
Hired attorney

I made the right choice in hiring Todd Goebel to represent a minor family member--he was excellent talking to & discussing the of the case with the minor, easy to understand. He was extremely knowledgeable about the case, thorough, quick to get "things" done, very accessible to contact as needed. I trusted his judgment and got the best possible outcome for the minor. I would DEFINITELY hire him again if the need arises!!
This review is from a person who hired this attorney.
Hired attorney
See all reviews

Anthony Cameron, DUI and DWI Attorney on Jun 2, 2020
Relationship: Worked together on matter

I endorse this lawyer. He checks all the boxes for legal excellence, but that is just the beginning. He undertakes every case with a goal and a strategy to achieve that goal. He is not afraid to suggest a path with some risk in it, so long as the client buys in. Of the "7 Habits of Highly Effective People," he has 8 o fthem. In High Level Criminal Defense, DUI or License restoration, I refer to him without hesitation.

I endorse Todd without hesitation. Whenever I have a conflict, I refer the matter to Todd because I know the person will be in good hands.

Todd is very knowledgeable in the area of DUI defense. He consistently answers questions for other attorneys and has helped me on a few answers I was looking for. He has a good reputation in Springfield and is well liked.

I endorse Todd Goebel. Todd is well respected in the legal community and works hard for his clients to obtain great results. He is intelligent, reliable and down to earth.