Practice Areas
Bio
Andrewe W. Johnson was born in 1970, in Canton, Illinois. Andrewe graduated as valedictorian in 1988 from Lewistown Community High School in Lewistown, Illinois. While a student at LCHS, Andrewe was a three year varsity letterman in football and was voted captain and Most Valuable Lineman as a Senior in 1987.  He also participated in Thespian Club, Spanish Club, FFA, Band, Baseball, Track, and Scholastic Bowl, and was awarded the Distinguished Alumni Award in 2011 by the Lewistown Alumni Association.  He attended Monmouth College in Monmouth, Illinois, from 1988 to 1990. At Monmouth College, Andrewe joined Theta Chi social fraternity, earned a letter in varsity football, served as interfraternity council president, and participated in various theater and campus media activities. In 1991, Andrewe transferred to the University of Illinois at Urbana-Champaign, where he graduatedMagna Cum Laude in 1992 with a Bachelor of Arts degree in two majors, History and Rhetoric. Andrewe attended law school at the University of North Carolina at Chapel Hill, receiving hisJuris Doctordegree with Honors in 1995. During law school, Andrewe served on the staff of the North Carolina Law Review and worked with the University of North Carolina Criminal Clinic program. He also volunteered with the Death Penalty Project and participated in Phi Delta Phi legal fraternity and on the law school's intramural football team. Andrewe received academic awards in criminal law, criminal procedure, and remedies.
After graduation, Andrewe joined the firm of Collins Law Office, P.C., which later became Collins & Johnson, P.C., until January 1, 2012, when Andrewe and Stephanie left Collins & Johnson, P.C. to form Johnson & Johnson, P.C..  Andrewe has been admitted to practice law in Illinois by the Illinois Supreme Court and has been admitted to practice in the United States District Court for the Central District of Illinois.  Andrewe served as the President of the Fulton County Bar Association in 2004-2005.  Andrewe handles personal injury matters statewide, primarily auto accidents.  He also litigates worker's compensation cases, primarily on the Peoria area dockets.  Andrewe also handles civil litigation in Fulton, Knox, Mason, McDonough, Schuyler, and Tazewell Counties. In his leisure time, Andrewe serves as President of the Canton Kiwanis Club; studies and teaches Kosho Ryu Kempo Karate (as a certified instructor currently holding the rank of Yon Dan, Fourth Degree Black Belt); enjoys travel; and spends time with his wife, Stephanie (who is also an attorney at Johnson & Johnson, P.C.); daughters, Riley and Morgan; and their pets, which include a Maine Coon cat and a Bernese Mountain Dog.
Education

Bachelor of Arts in Liberal Arts and Sciences, University of Illinois at Urbana-Champaign, 1992
Theta Chi Fraternity 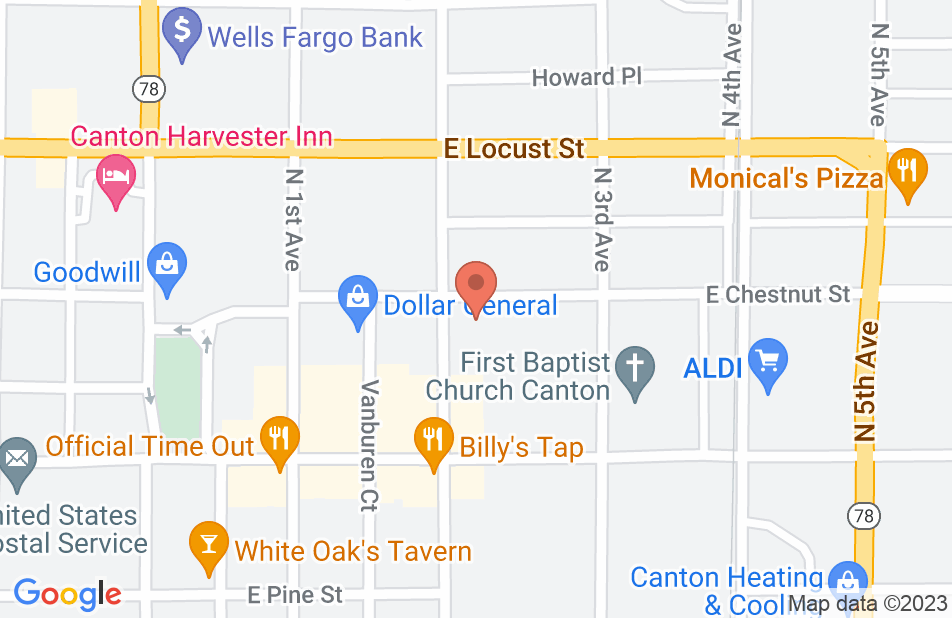 A Man of Integrity and Action

I have had the pleasure of knowing Andrewe Johnson for over 20 years. Andrewe is one of the brightest individuals I have ever known. On top of that, his integrity is second to none. Andrewe assisted me with a difficult situation with an employer who was withholding commissions upon my resignation. Andrewe's swift action prompted the employer to settle the disagreement immediately, paying out all commissions owed. Andrewe was worth every penny I paid him. He was available whenever I needed him, and he made me feel more than just a client. He is an asset to the profession of law, but more importantly, to his clients!

I endorse this lawyer. As a retired Circuit Judge, I have observed Mr. Johnson in his practice for many years. He is a highly qualified attorney who has demonstrated his competence in many areas of the law. He demonstrates a high degree of intelligence and quality in his representation of clients.

In the tradition of Atticus Finch, Drewe Johnson is a superior intellect who has a genuine concern for others and treats everyone with respect. One would do very well to hire this humble, exceptional lawyer.

Andrewe Johnson's reputation for hard work and versatility with different areas of practice is well-deserved. I have known Drewe for two decades and I have learned alot from him and admired his successes in the courtrooms of Central Illinois. While he may not be able to post here, I know this opinion is shared by one of the most prominent Judges in the 3rd Appellate District.